A man from the Northern Territory has replaced the traditional bath time buddy, the  rubber ducky, with his baby pet crocodile, Swampy.

The pair got up close and very personal in an intimate moment shared on YouTube.

As they kick back and relax in the bath Swampy’s owner serenades him with an original song set to the tune of Slim Dusty’s, Duncan. 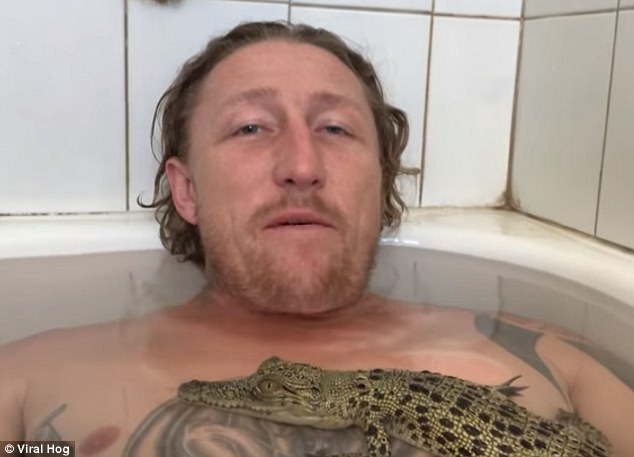 ‘He swims in moderation and I really hope he doesn’t chop on my… we love living in Australia, where the atmosphere is great.’

‘I love to have a bath with Swampy, cause’ Swampy’s me mate,’ he says.

Swampy seems quite relaxed by the bath time tunes as he sits calmly on his owners chest.

‘I went for a bath and in true Aussie fashion I took my pet crocodile Swampy in with me,’ ViralHog quoted the man saying.

‘I was a little concerned he might attempt to chomp on my tackle but he seemed quite content where he was, even with my terrible singing.’ 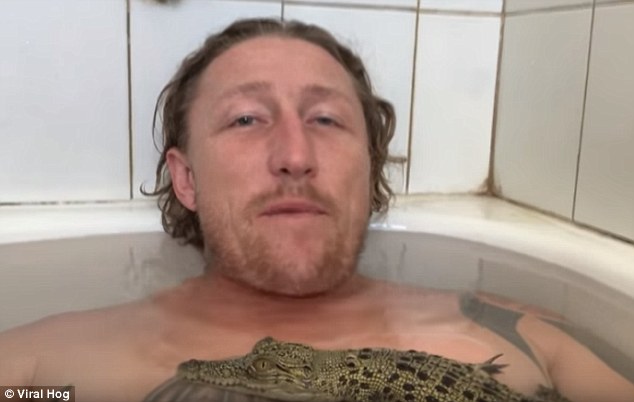 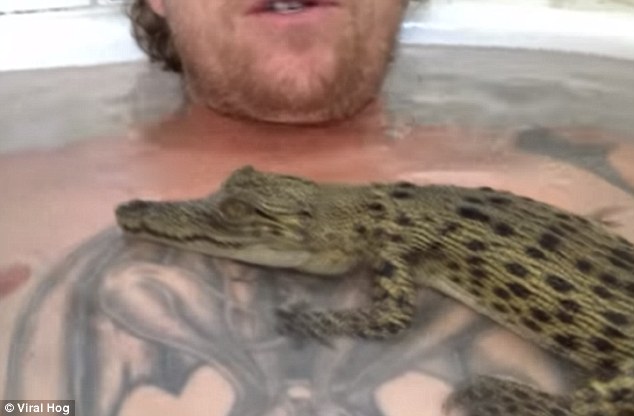 The video which was filmed on February the 28th, got mixed reactions online. Some people expressed serious concern about bath time turning into dinner time in the future.

‘When Swampy gets big enough, Swampy will eat you without a second thought,’ one user said.

In the Northern territory both salt and fresh water crocodiles can be kept legally as pets. In urban area, you can only keep a crocodile that is less than 60cm long.