Northumberland boy suffers after spilling tea over himself

A toddler was left badly burned after he spilled his mother’s boiling hot cup of tea over himself.

Jace Hillary, three, was left screaming in agony after the drink splashed over his arms and chest, leaving him with third degree burns.

Terrified mother Tarnya, from Prudhoe, Northumberland, immediately began to remove the youngster’s clothes but was horrified when his skin began to peel off.

Jace Hillary (pictured), three, was left screaming in agony after the drink splashed over his arms and chest, leaving him with third degree burns 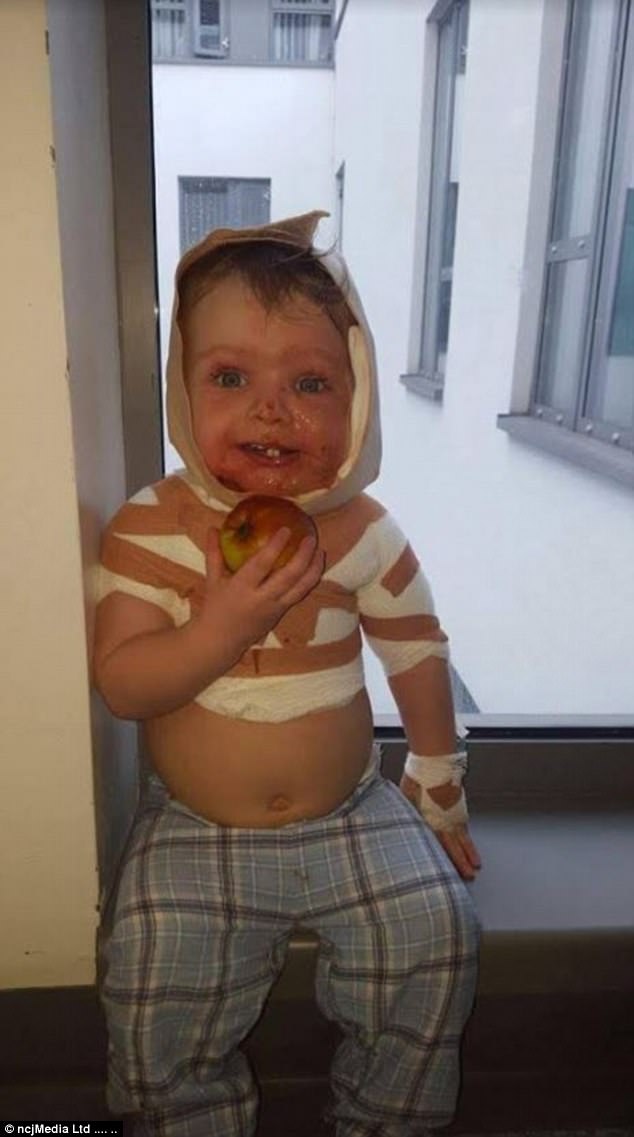 Brave Jace, who was just 17 months old at the time of the incident, had to undergo two skin grafts and was treated in hospital for five weeks

The youngster, who was 17 months old at the time, was treated in hospital for around five weeks.

Now, 18 months on from the traumatic ordeal, his family want to give back to the staff that have helped aid his recovery.

Mrs Hillary, 41, said: ‘It was absolutely horrific and I quickly ripped his clothing but parts of his skin come off. He was hysterical.

‘I had come home from work and put the kettle on in the kitchen. He was on the kitchen floor next to me.

‘I looked away for a second and he knocked the cup of green tea from the kitchen bench with a broom handle.

‘We called 999 but my husband [Michael] was away working in Scotland so I was in such a panic.’ 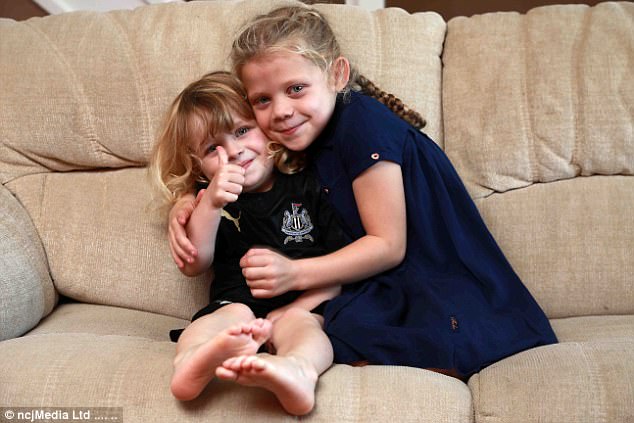 Jace’s sister Alyssa (pictured), who was five at the time, was praised by the emergency services for liaising with the call handler in January last year 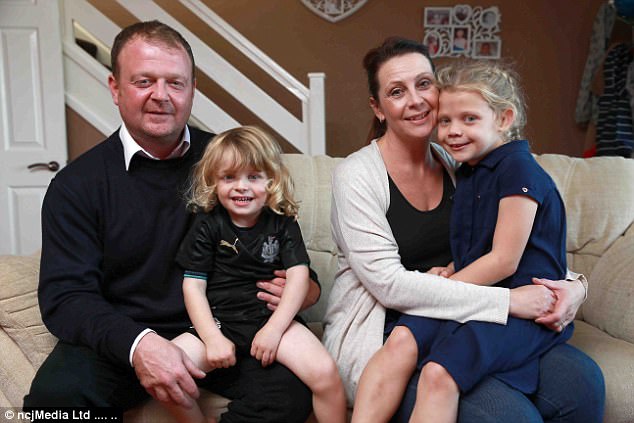 Jace’s sister Alyssa, who was five at the time, was praised by the emergency services for liaising with the call handler in January last year.

Following their instructions, she unlocked the door at their home when the ambulance crew arrived so they could treat her brother.

Mrs Hillary said: ‘She was a little trouper taking over the phone call. I was trying to make sure he was OK.

‘When he was in the RVI the staff were absolutely impeccable through what was a horrific experience.’

During his recovering, Jace, now three, has been supported by The Grafters Club.

The organisation helps children and their families who have suffered burns injuries in the North East.

Mrs Hillary said: ‘Their help has been fantastic and Jace is doing really well now. He still has some scarring under his chin, on his left shoulder and down his left arm.

‘They hope that with the treatment that there will be nothing to see in a few years. We have been really lucky to have their support.’