A Norwegian 13-year-old has captured the hearts of America’s Got Talent judges after her incredible performance where she sang a rendition of Queen’s Bohemian Rhapsody.

Angelina Jordan took the stage on Monday for the premiere of America’s Got Talent: The Champions after previously winning Norske Talenter (Norway’s version of the talent show) at the young age of eight.

Jordan’s audition entailed the young singer cleverly transforming Queen’s rock classic into a soulful ballad that stunned the judges, and it inspired Heidi Klum to even give her a golden buzzer for the performance. 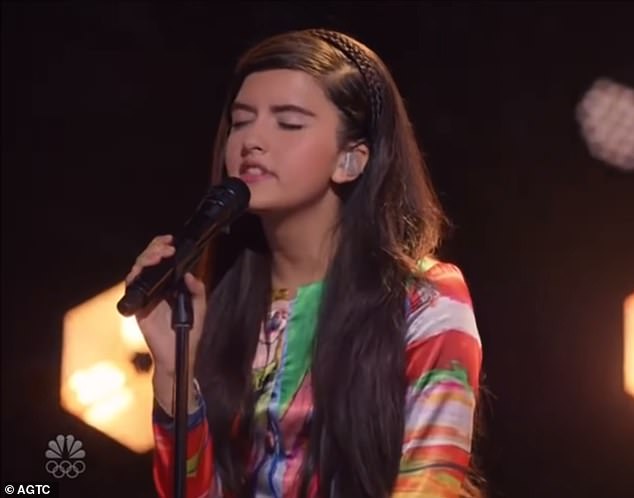 Singing her heart out: She performed on America’s Got Talent: The Champions Monday 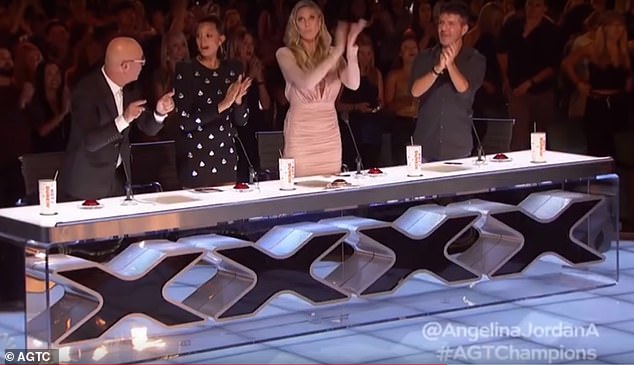 Ecstatic: After her performance, Jordan received a standing ovation from the audience and all four judges of the talent competition 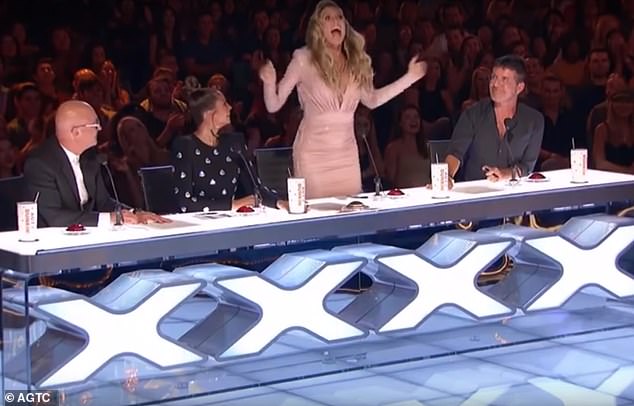 Excited: Heidi Klum loved the performance so much that she gave Jordan a golden buzzer, which means she moves on to the live shows

‘I feel like I am witnessing the birth of something really special, a star,’ singer Alesha Dixon, 41, a new judge for the show, said at the end of the performance.

Jordan received not only a standing ovation from the audience, but all four judges also stood up to clap for her performance.

Dixon went on to then express her love for Jordan in Norwegian.

Following Dixon’s remarks was Simon Cowell, 60, who Jordan explained prior to singing was someone she always wanted to meet, calling him a ‘legend’. She finally got the chance with the talent competition.

‘Everything about tonight felt like it came from you — the arrangement of the song, the simplicity of it,’ Cowell said.

‘Seriously, this was an amazing performance.’

Howie Mandel, 64, was denied the opportunity to comment on Jordan’s performance because Klum was up next and she was ready to give the young singer a welcomed surprise. 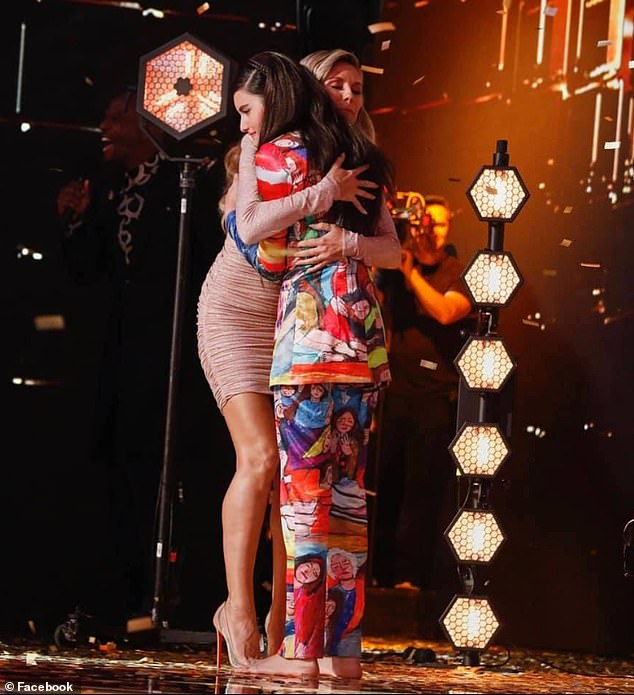 Love: Jordan shared the moment on Facebook and Instagram, revealing she created the pantsuit with the ‘blessing’ of her grandma 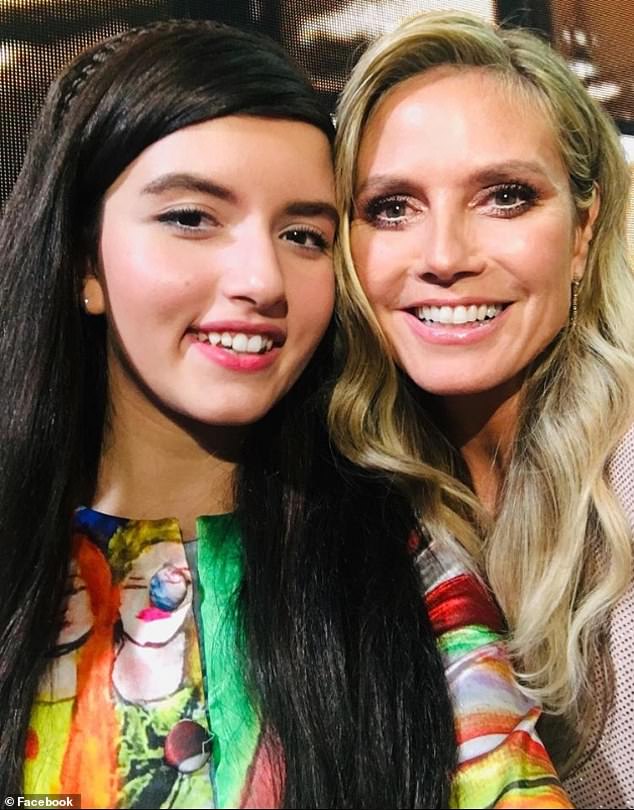 Time for a selfie: ‘I want to thank everyone for the amazing feedback I have received. It means so much to me,’ Jordan wrote after her audition aired

Klum then stood up and slammed her hand down on the golden buzzer, which encouraged the crowd to erupt into cheers. The judge then went up on the stage and gave Jordan a hug to celebrate her moving on to the live show.

On Instagram, Jordan expressed how much the moment meant to hear while sharing two pictures: a selfie with Klum and then her hugging the judge on stage.

‘I want to thank everyone for the amazing feedback I have received. It means so much to me,’ she wrote, adding: ‘All I want is to spread love through my music to the world. I cannot thank enough @heidiklum for your kindness and helping me reach so many people.’

For the performance, Jordan wore a colorful pantsuit, which she created with the ‘blessing’ of her grandmother, and performed while barefoot.

Performing barefoot is a go-to move by the young singer after one powerful moment she had with a little girl when she was younger.

‘When I was around 6 years old, I see this little girl around my age,’ Jordan detailed in a video for America’s Got Talent.

‘I gave my shoes to her because she had scars on her feet, and it was really cold. So, whenever I’m on the stage I’m always reminded about all the children who don’t have any parents, clothes and shoes. She’s always in my heart.’ 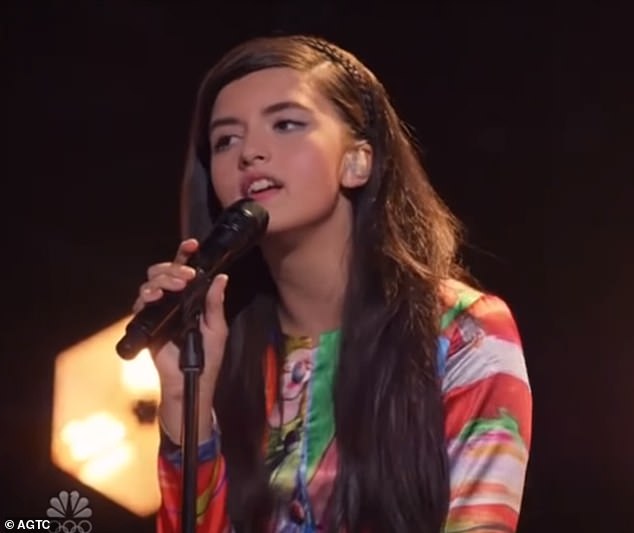 Phenomenal: Jordan performed Queen’s Bohemian Rhapsody, but she turned the rock classic into a soulful ballad of her own 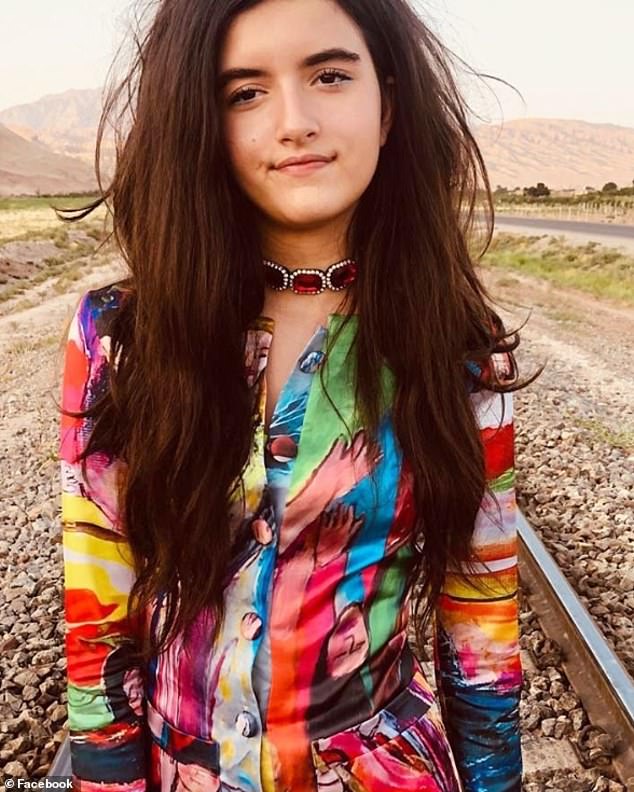 Talented: Jordan currently lives in Los Angeles, California, and will be seen next by viewers when competing during the live shows of America’s Got Talent

Commenters online couldn’t get enough of the performance as well, with some begging for this version to be accessible for them to download.

‘We need a full recorded studio version of this cover,’ one person wrote.

Another fan commented: ‘She has the sensitivity of Norah Jones, the depth of Billie Holiday and the soul of Aretha Franklin plus the integrity to do justice to a classic song by Queen. I’ve watched her from her first audition and she’s improved exponentially and she’s still only 13.

‘My only regret for her is that she’s found fame on talent shows. She’s too good for them. They do not deserve her.’

Currently, Jordan is a jazz singer based in Los Angeles, California.

She will now compete for the opportunity to win America’s Got Talent: The Champions, which involves past all-star performers from the national and international competitions held throughout the years.

‘America’s Got Talent: The Champions” brings together the world’s most talented, memorable and all-around fan-favorite acts from past seasons of “AGT” and the other “Got Talent” franchises, spanning 194 territories,’ it’s explained on AGT’s YouTube page.

Jordan is a strong front-runner based on her performance and the judge’s reaction to her singing, but she will also have stiff competition from other popular acts.