One of the biggest warships in the Norwegian navy had to be evacuated after it collided with a Maltese oil tanker and started sinking.

The KNM Helge Ingstad frigate collided with the tanker in a fjord in western Norway this morning and eight people were left injured.

All 137 people on board had to be evacuated after the collision with the Sola TS tanker.

The ship, which was returning from NATO’s Trident Juncture exercises, is one of five such frigates in the Norwegian navy and is the second newest.

There were fears it would sink as it took on water after the crash but it ran aground just off the shore near Bergen.

An image published by Norwegian broadcaster NRK showed that water had almost reached the level of the frigate’s helicopter platform.

A Norwegian navy frigate (pictured) and a Maltese oil tanker collided in a fjord in western Norway this morning, injuring seven people 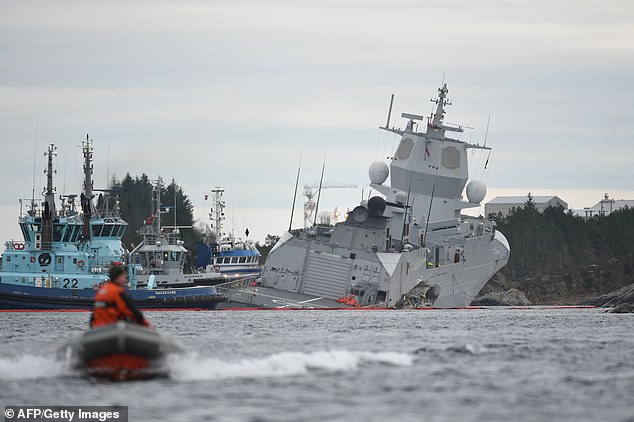 Eight sailors were injured after the warship, one of the largest in the Norwegian navy, collided with the tanker 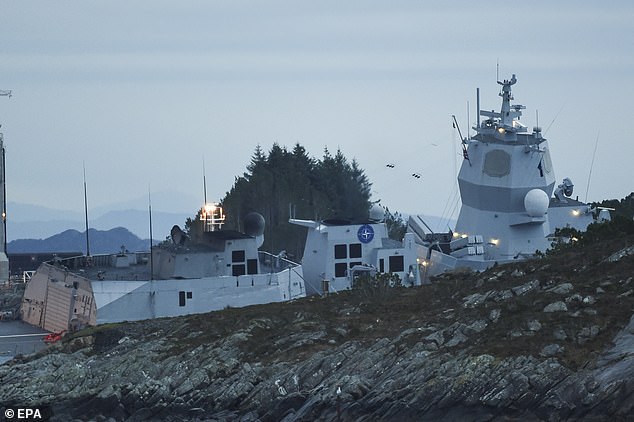 A total of 137 people were on board the frigate (pictured) while 23 were on the tanker, which was flying the Maltese flag

A total of 137 people were on board the frigate while 23 were on the tanker, which was flying the Maltese flag.

The 62,000-tonne tanker was only slightly damaged and oil appears not to have spilled from it.

‘A small oil slick from the frigate has been detected but nothing large,’ an official said.

The circumstances of the accident, which took place shortly after 4am in the Hjeltefjord near Bergen, are not yet clear.

‘The armed forces is now reviewing all the means available in the region to assist the KNM Helge Ingstad,’ said Lieutenant Colonel Ivar Moen.

Built in 2009, the KNM Helge Ingstad participated in chemical disarmament operations in Syria between December 2013 and May 2014. 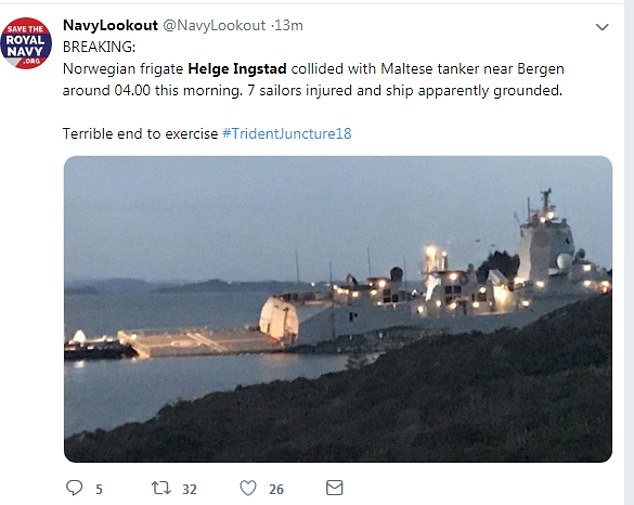 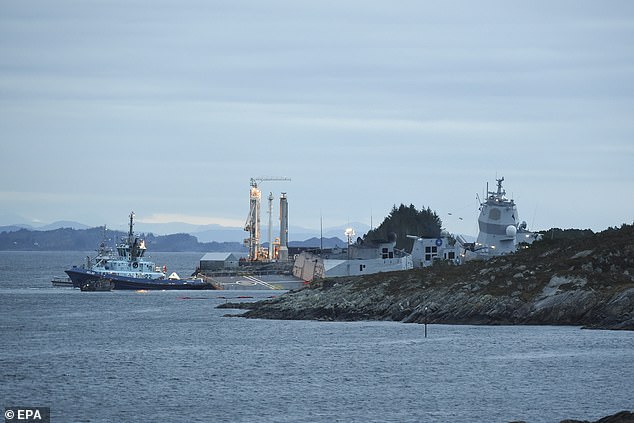 The circumstances of the accident, which took place shortly after 4am in the Hjeltefjord near Bergen, are not yet clear