Derek Jordan, 78, was delighted when he moved into the semi-detached property in a new village estate in Horsford, near Norwich, on June 19.

But some 17 weeks later and the pensioner was still living out of boxes in the damp property he described as being ‘shoddy and unfinished’.

He was even forced to use the toilet at the nearby doctors and had to bathe in the garden using kettles of water.

However Norfolk County Developments Ltd said Mr Jordan does not yet properly own his new home as a completion notice had not yet been issued.

Derek Jordan, 78, moved into his five-bedroom £520,500 home but it was beset with problems 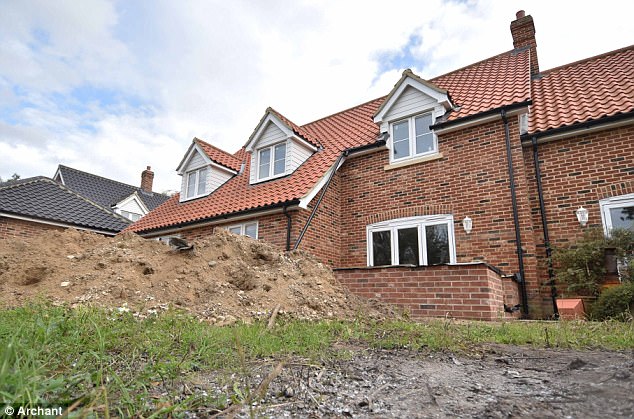 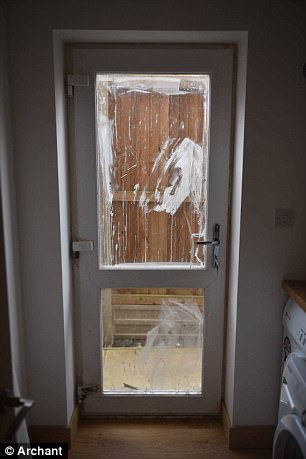 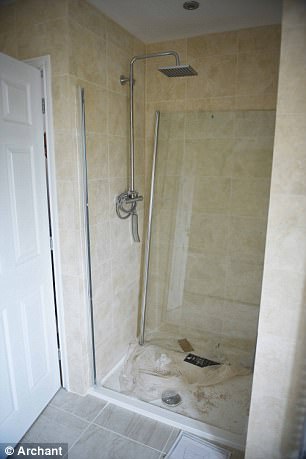 Mr Jordan paid £520,500 for the house but found it wasn’t finished when he moved in

Mr Jordan accused the firm of failing to make the house habitable and claimed he had a right to move in.

He told the Eastern Daily Press: ‘I had sold my other house…so where else was I supposed to go?’

When he arrived at the house he found crucial plumbing and electrical work had not been carried out.

He said the electric garage door didn’t fully open, the fixings were poor, door frames were cracked and walls pockmarked by unsightly holes.

He also claimed there was no extractor fan in the kitchen, the garden path hadn’t been properly slabbed, curtain robes hadn’t been fitted and building materials were scattered around the house and garage.

He claimed he had to fork out another £29,000 for luxury fittings.

To make matters worse, his wife refused to join him while the home was incomplete, choosing to living nearby with their daughter. 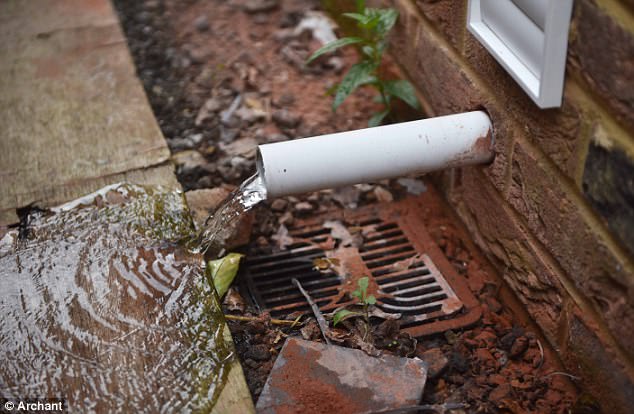 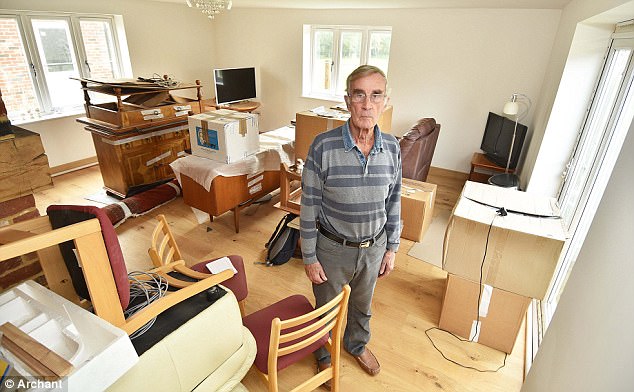 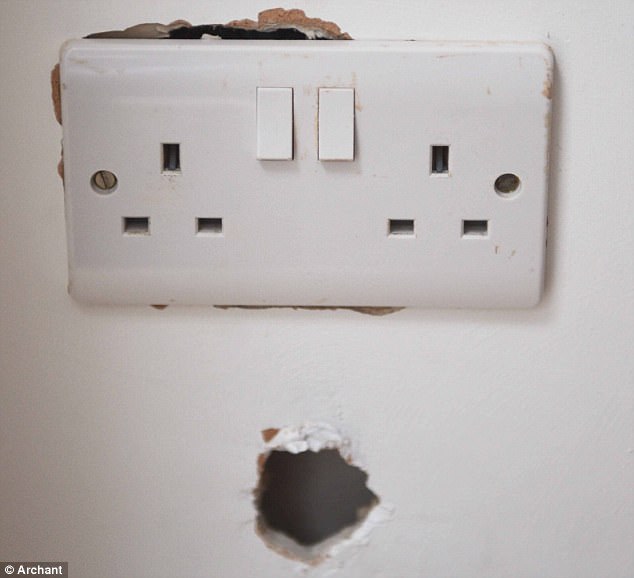 When he moved in he said the five-bedroom house was covered in dust and waste from building work, with holes in the walls waiting to be plastered where electrics had been fitted

No extractor fan in the kitchen

Curtain rods to be fitted

Garden to be levelled

Building materials abandoned around the house and garage

Mr Jordan has now agreed with Norfolk County Developments Ltd company director James King that all remaining building and repair work should be done by today.

But Mr King claimed Mr Jordan had moved into his home too early and accused him of ‘illegally occupying it’.

He said: ‘He is slightly the architect of the problems there.

‘He moved in six weeks before he paid us a penny for it and was illegally occupying it.

‘It is deeply frustrating and it has cost us in excess of £2,500 extra in additional costs we have had to pay to contractors to do the job.’ 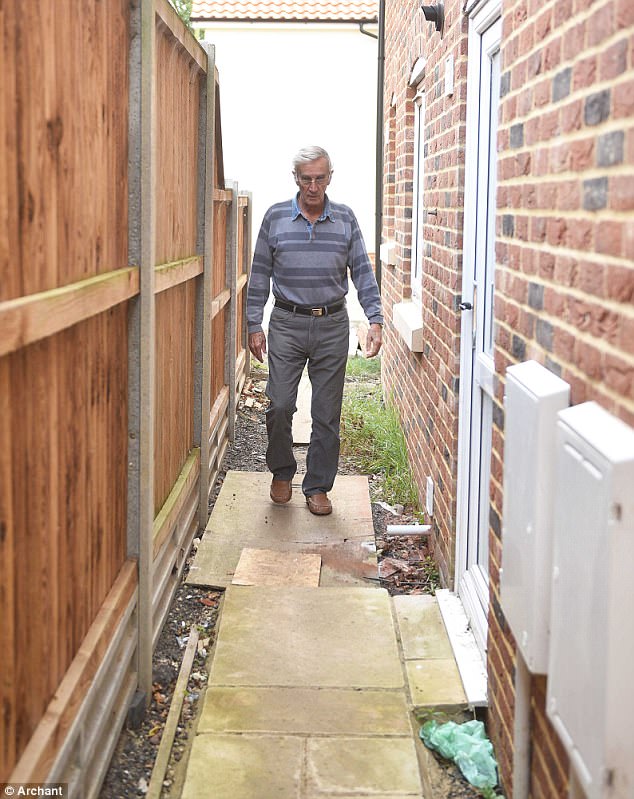 Mr King said workmen had refused to return while Mr Jordan was there.

He said the pensioner’s belongings had also made work ‘very difficult’.

But Mr King admitted: ‘There are some things I am not happy with and we will be putting that right.

‘I just want to be finished and get everything done. I personally am a little fed up with it.

‘It is regrettable in my opinion because we should have had him removed from the premises when he moved in.’