Norwich’s 200-year link with Colman’s Mustard is under threat after owner Unilever reveals plans to close the city’s factory.

Unilever announced the move just hours after soft drinks firm Britvic said it was stopping production at the same site in Norfolk.

Colman’s is set to axe 113 jobs as it leaves the area, breaking a link with Norwich that dates back to 1814.

Brand giant Unilever, which also owns Hellmans and Flora, has not yet indicated where the iconic mustard will be produced in the future.

A spokesman said: ‘Colman’s has been an important part of Norwich and the surrounding area for more than 200 years and, whatever the outcome of the review, we will work hard to retain this link. ‘

The firm also said the factory closure was under review and added: ‘We remain firmly committed to UK manufacturing.’

The major local employer moved its production moved to its large factory at Carrow Road, Norwich in 1865.

The relish is served at Buckingham Palace and a school was opened for its employee’s children in Norwich in 1857.

Colman’s was the main sponsors of Norwich City Football Club between 1997 and 2001. 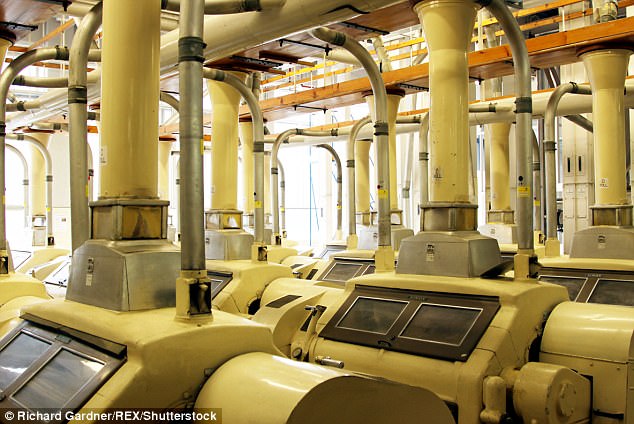 Schools and street names in Norwich are named after the founding family in commemoration to their links to the city.

Britvic announced it had tabled proposals to transfer production of Robinsons and Fruit Shoot to sites in east London, Leeds and Rugby, this morning.

The company said it hoped the move would make ‘significant productivity and efficiency savings’.

Two hundred and forty two people will be impacted by the relocation, with Britvic promising employees would be offered a ‘comprehensive package of support’.

These would include redeployment opportunities at other sites and outplacement services to help find alternative employment.

Under the plans, the Norwich site will close towards the end of 2019.

Discussing Unilever and Britvic’s exit from the factory, a spokesman said: ‘Following Britvic’s announcement that it is proposing to close its manufacturing site in Norwich, Unilever will be launching a review of its production which is co-located at the site. 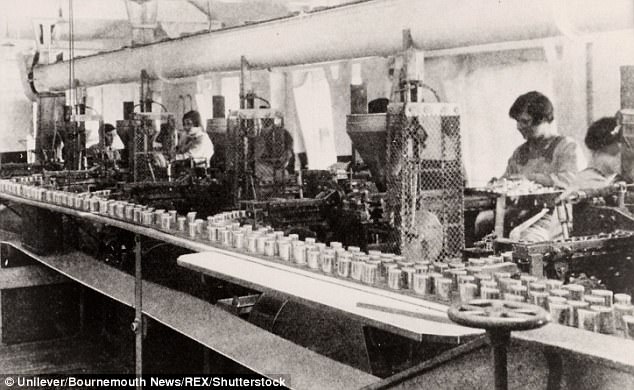 Workers at Colman’s Carrow Road factory, in Norfolk, work on its production line in the 1920s

‘Britvic and Unilever’s operations have been uniquely intertwined at the site for many years, relying on a shared infrastructure. Although no decisions have been made, we need to recognise that Britvic’s proposed withdrawal would have serious implications for Unilever in Norwich.

‘One of those options will include the potential closure of our Norwich factory.’

In 2015 Britvic announced a three-year £240 million investment into its British manufacturing operations, a plan the firm said it is committed to, despite the Norwich closure.

Britvic boss Simon Litherland said: ‘No decisions will be made prior to full and proper consultation with employees, and our focus is on ensuring we offer our colleagues ongoing support and assistance throughout this difficult time.’

Britain’s biggest trade union, Unite, said it was furious with the news.

National officer Rhys McCarthy said: ‘The sad news that Britvic is closing its operations in Norwich also has an impact on Unilever workers who the share the same site.

‘Unite will not only be seeking assurances, but applying pressure with the support of the local community, that the production and the much-needed jobs that are vital for the Norwich economy remain. Anything else won’t cut the mustard.

‘The whole of Norfolk needs to come together to fight for the future of Colman’s Mustard that is so identified with the city of Norwich. Colman’s is in the DNA of the city.’