Not again: Panic as needles and thumb tacks are found inside strawberries, bread and an avocado

South Australian police are investigating suspected food sabotage after needles and thumb tacks were found in strawberries, avocado and bread at a supermarket.

Metal needles were found in a punnet of strawberries, and in an avocado.

Inside Woolworths at Golden Grove, Adelaide. Sharp objects were found in a punnet of strawberries, an avocado and a loaf of rye bread

Thumb tacks were found in a loaf of rye bread.

All of the products came from different suppliers.

South Australian Police said on Monday the contamination appears to be deliberate.

Woolworths have given police full access to their CCTV footage in an effort to find the culprit.

A Woolworths spokesperson told Daily Mail Australia on Monday night that their suppliers were helping them in their investigation.

‘As a precautionary measure, our store team opened up and inspected other stock in these batches,’ the spokesperson said. 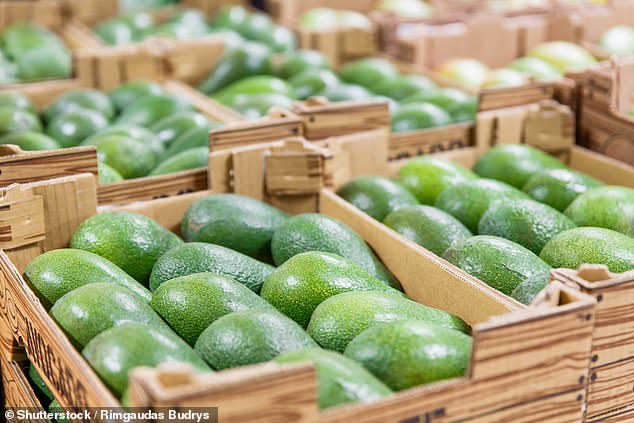 Metal needles were found inside an avocado (stock picture)

‘We found no further product safety concerns in these checks.’

The supermarket has opened and inspected stock linked to the contaminated batches and found nothing else amiss.

The sabotage comes almost two years after needles were embedded in strawberries by a disgruntled worker in 2018.

The incident sparked copycat crimes and brought Australia’s strawberry industry to its knees.

One man reported accidentally swallowing a needle in 2018.

Haoni van Dorp bought a punnet of strawberries from Strathpine Centre Woolworths, about 20km north of Brisbane on September 9, 2018.

Soon after, van Dorp bit into one and swallowed half of a sewing needle, before he and his friend found another.

The incident sparked a Queensland Police investigation into the contamination of Berry Obsession and Berry Licious strawberries. 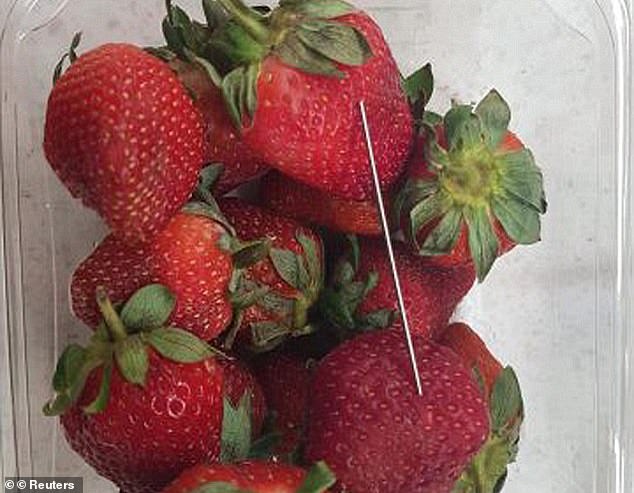 Needles were also found in a punnet of strawberries, sparking fears of a return to the terrible strawberry sabotage of 2016 which brought the industry to its knees. (stock picture) 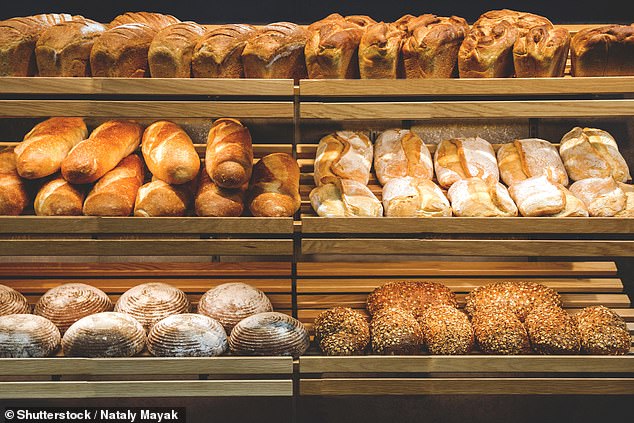 Thumb tacks were found in rye bread, though it is not known if the affected bread was from the bakery or packaged loaves on the shelf. (stock image) 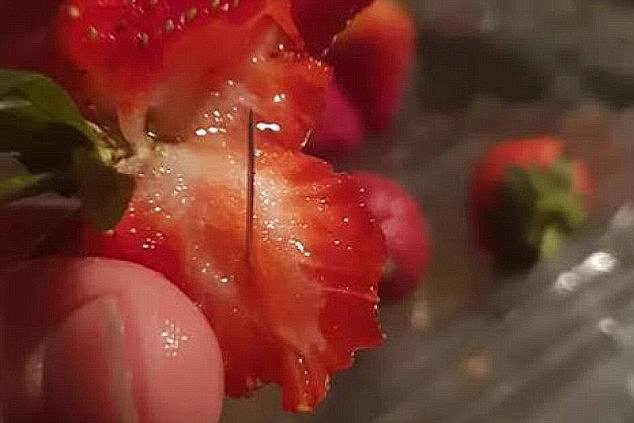 A farm supervisor of Caboolture, Queensland, was arrested and charged with with six counts of contamination of goods to cause economic loss.

The court heard the woman acted out of spite and that it was an act of sabotage.

During the case, Detective Sergeant Gary Perrett told the court more than 240 copycat incidents were reported after the initial incident.

The strawberry needle crisis cost the industry a staggering $12 million. 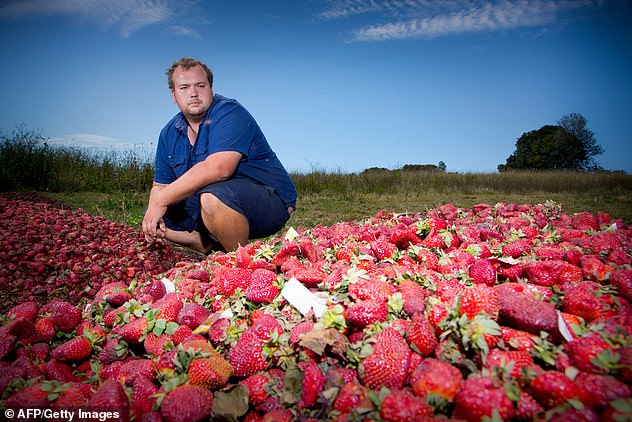 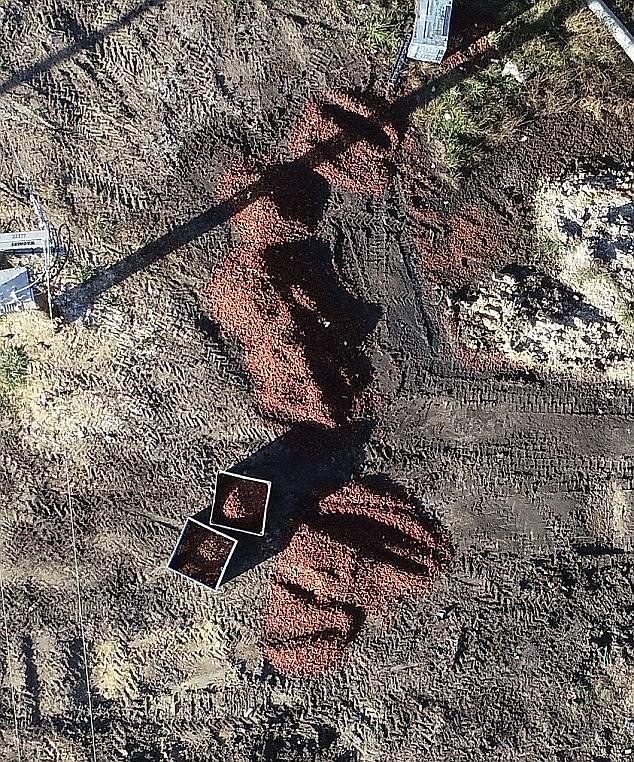 Aerial photos of a giant 8m by 3m pile, that was at least a metre tall, at a Donnybrook Berries, north of Brisbane. Donnybrook was the third brand hit by the 2018 needle scare, and the pile of strawberries pictured was bulldozed into the ground

Sixty-eight strawberry brands were affected, including 49 in Queensland, which produces 40 percent of Australia’s strawberries.

Supermarkets had to pull punnets from the shelves and entire crops were bulldozed into the ground as spooked customers stopped buying.

Some Queensland strawberry growers dropped out of the industry entirely.

Second-generation strawberry farmer, Gavin Scurr, owner of Pinata Farms in Wamuran, Queensland, said with no one to sell berries to, he had no choice but to ditch their stock.

‘We have to harvest it anyway because as soon as we don’t every two or three days, it gets rotten and disease and fruit flies come in and attack the whole crop.’

The Morrison Government moved swiftly to tighten the laws around food contamination, passing the Criminal Code Amendment (Food Contamination) Bill 2018, which passed both Houses on 20 September 2018.

Police have asked anyone with information to contact Crime Stoppers on 1800 333 000 or report online via the App.