Not in MEGHAN’S Back Yard: Duchess and Harry ‘ban staff from using car park close to their new home’

Not in MEGHAN’S Back Yard: Duchess and Harry ‘ban Windsor Castle staff from using car park close to their new home and banish them to a new one a mile away’, source claims

The Duke and Duchess of Sussex have reportedly riled palace staff at Windsor Castle by banning them from using a car park overlooking their new home, a source claims.

They are allegedly being referred to as NIMBYs – as in, ‘Not in Meghan’s Back Yard.’

The car park close to their new residence at Frogmore Cottage had been used for years by staff but the couple are said to have banished them to King Edward VII public car park – a good mile away. 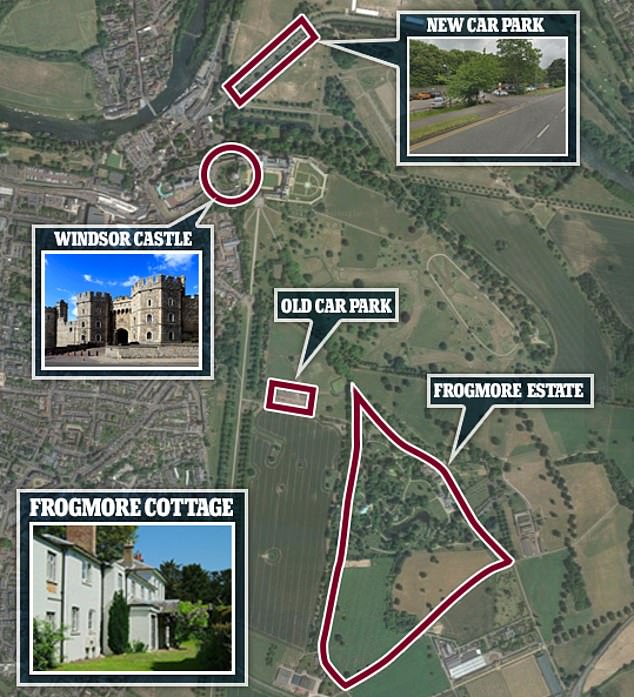 The new car park is the King Edward VII public car park, some have allegedly been left without permits and are having to pay their own way, as well as it being a long trek to Frogmore Cottage where many work

Members of the household and servants are now having to take a long walk over to work and are forking out for their own parking, the Sun claimed.

Some permits were being issued, but reportedly not for all staff. 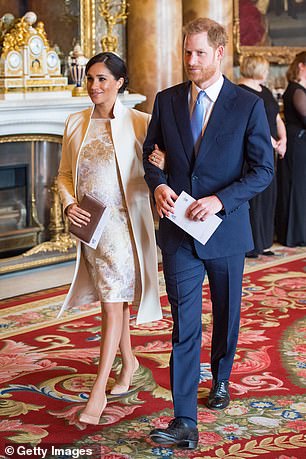 Many had enjoyed using the old car park for easy access to the Royal Household Golf Club to play the course, as well as cricket and bowls.

A source told the Sun: ‘The fear is that soon we will be told we can’t play cricket or bowls either and the clubs will die out – it’s outrageous.’

Another told the tabloid: ‘To say we’re upset and annoyed is a massive understatement.

‘We can only assume that Harry and Meghan don’t want to look out of their window and see cars coming and going and members of staff walking into the club.’

However a senior source at Windsor refuted the claims and said Harry and Meghan had made no such orders, but confirmed less people would now be using the car park, reported the Sun.

He said the decision had been nothing to do with Duke and Duchess but was the decision of the castle’s superintendent, the newspaper reported. 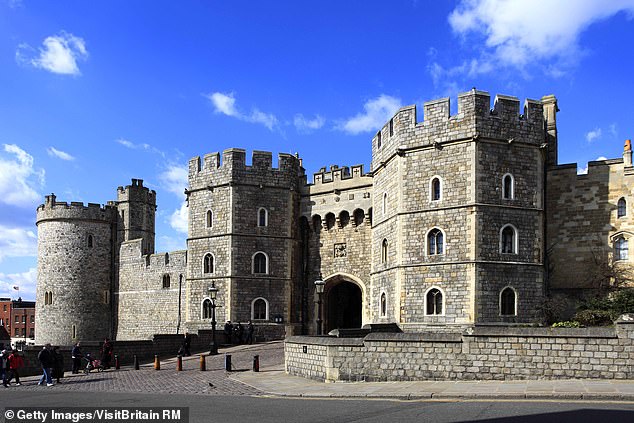 Windsor Castle, Berkshire – the royal couple have moved to Frogmore Cottage and are weeks away from the birth of their first child

Harry and Meghan wed in May in a spectacular, internationally televised ceremony at Windsor Castle.

They are expecting their first child within weeks and moved to the more secluded residence at Windsor from London recently.

The palace press office has announced very few details about their plans, refusing to comment on unconfirmed reports that Meghan may opt for a home birth.