Not laughing now: Hyena is ripped to pieces by a lion

Not laughing now: Hyena is ripped to pieces by a lion

These dramatic photos taken in South Africa show a lion capturing a 144lb hyena before ripping it apart.

The 418lb lion grabbed the hyena by the neck before dragging it around. Pictures show the hyena lying twisted on the floor as the lion bit down on its throat to suffocate it.

Chad said: ‘We arrived to find a male lion suffocating a hyena. After a couple of minutes, the lion left the hyena for dead. Unfortunately for the hyena, it was still clinging on to life – it was severely wounded though. That was when a second lion then approached and continued to suffocate it.

‘The rest of the hyena clan gathered at first to save their clan member but soon realised they were no match for the lions. The hyena was still breathing after the lions walked away but it just lay there with a broken back and no chance of recovery.

‘The lions were drawn in by the sound of the hyenas fighting the African wild dogs. By the time they noticed the lions had arrived, it was too late.’ 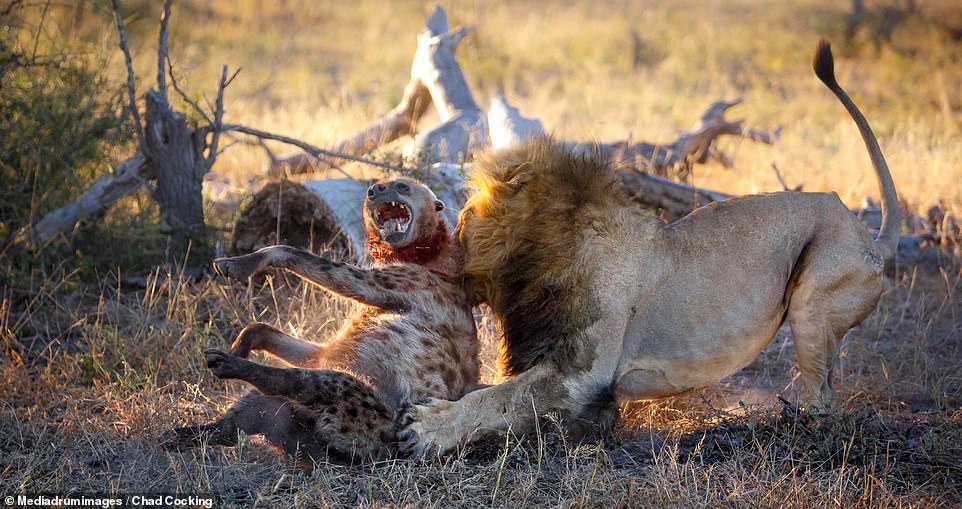 The 418lb lion clamps its jaws around the 144lb hyena’s neck causing its prey to cry out. It drags the animal to the floor to complete the kill 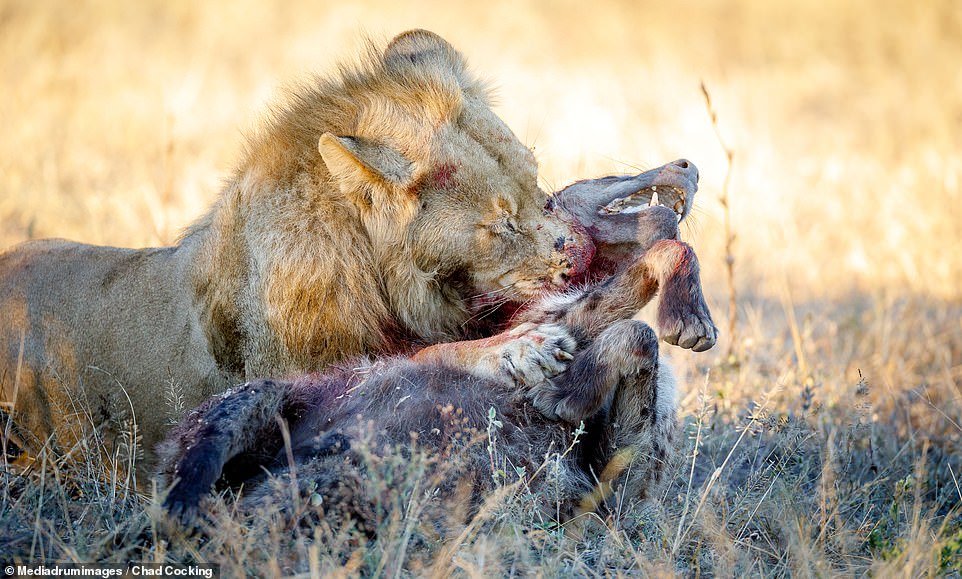 The hyena’s blood pours out and coats the animals neck as well as the jaws, paws and mane of the lion who continues to crush its victim’s neck 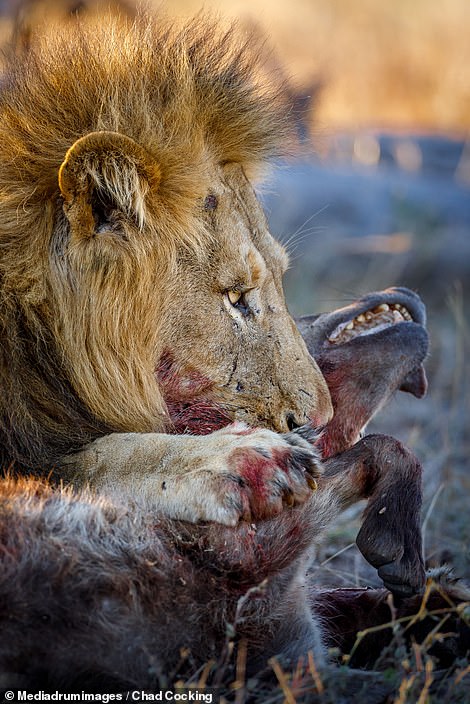 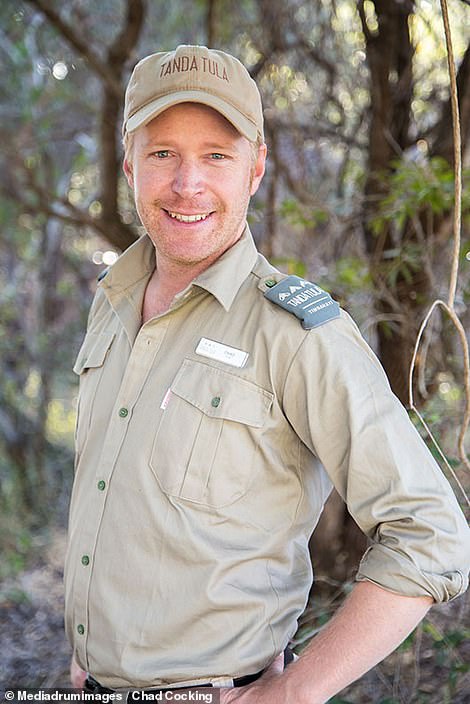 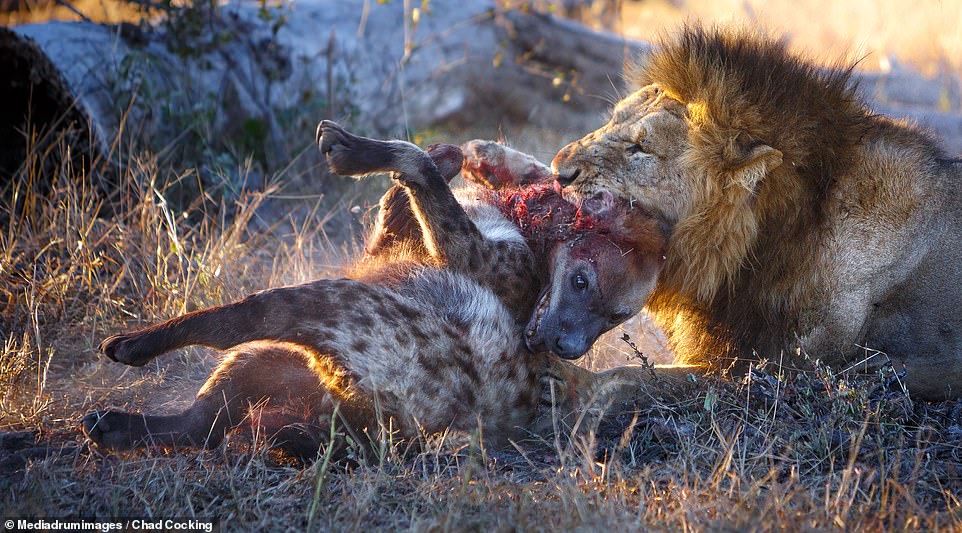