Not such a Wayne Carr! Postman accused of stealing letters spared jail for binning junk mail

A lawyer for Wayne Carr, 36, said Carr’s father and brother had both died of cancer, Carr’s mother had cancer, and that Carr has had it three times. He said Carr was depressed and threw the junk mail away to finish his round early so he could spend more time with his wife and son

A postman who was accused of stealing letters from the post has escaped jail after it emerged he had been dumping piles of junk mail destined for people’s homes.

When spam letters advertising bank services, retail firms and travel companies were returned undelivered it emerged father-of-one Wayne Carr, 36, had been throwing away the junk mail down the rubbish chutes of apartment blocks while on his rounds.

He claimed a colleague he worked with was so slow he would dump letters to help him complete their rounds more efficiently.

Inquiries revealed no items were stolen from the letters, but Royal Mail has deals with companies to deliver junk mail.

At Manchester Crown Court, Carr, from Eccles, near Salford, who has since resigned his job, admitted theft of postal packets and was ordered to complete 150 hours unpaid work and a 12 month community order.

He now works for a logistics firm.

Judge Martin Rudland told Carr: ‘You were given the task of delivering mail properly and it wasn’t for you to decide what was important and what wasn’t.

‘But it is not for you to judge what is important and what isn’t. You didn’t deliver this mail and you disposed of it to enable you to shorten your round or help your slow colleague and to enable you to deal with personal matters which is not a concern of your workplace.

‘You have got out of jail by the skin of your teeth. If you had actually stolen I would have had no other choice.’ 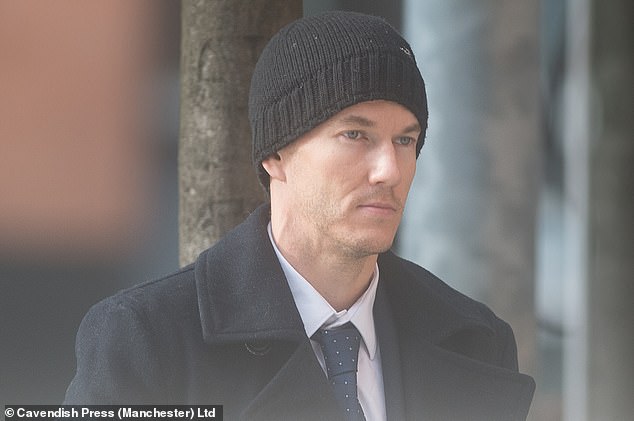 In January 2017 Carr admitted fraud and was given a suspended sentence, for redirecting £95,000 worth of deliveries of printer toner from his previous employer to the houses of his friends, before the items were sold on eBay for £20,000

The court heard Carr got his job at the post office in July 2017 despite losing his previous employment at an office supplies company.

While there he diverted £95,000 worth of orders for printer toner cartridges to the homes of his friends, before the items were put up for sale on eBay fora total of £20,000.

Last January he was sentenced to two years in jail, suspended for two years, after he admitted fraud.

But a lawyer for the Royal Mail told the court: ‘On four occasions between 24th May and 13th June 2018, piles of post were received and returned undelivered.

‘It was swiftly identified that Mr Carr was the person who should have delivered them.

‘He made admissions to getting rid of them, and was putting them in the rubbish chutes in flats.

‘There was no theft from the mail and no evidence of anything stolen, some letters were in an open condition but this could be due to how they were treated.

‘He resigned effective immediately from Royal Mail. It was a theft in breach of trust. The bulk of the mail was non-named distribution, spam mail.

‘These companies are contracted by Royal Mail to distribute the post and they pay in return. However, not all of the mail in this case was spam mail.’ 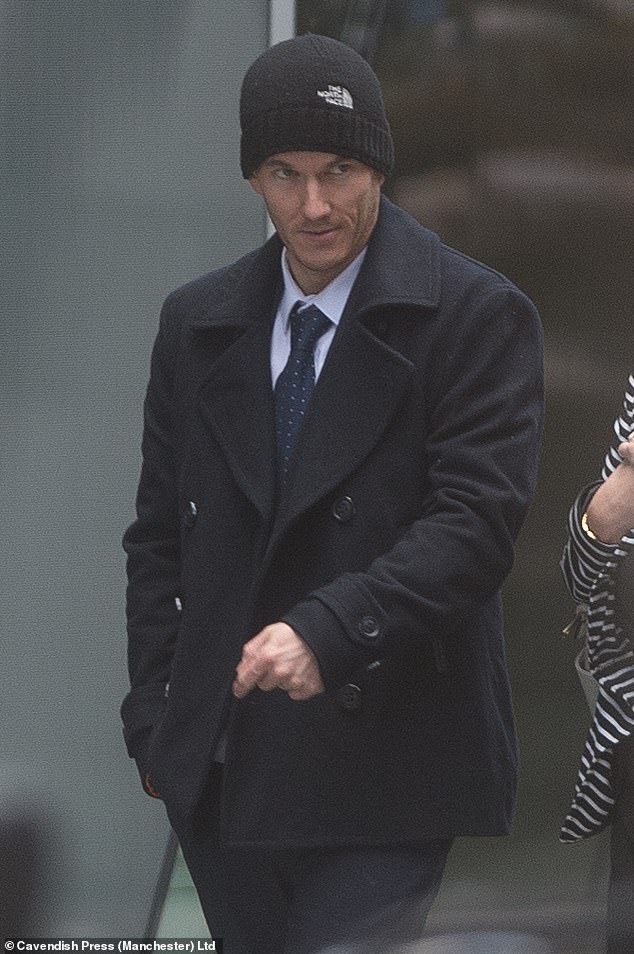 Postman Wayne Carr outside court. His lawyer admitted the crime was ‘highly unsophisticated’ and had taken place in full view of CCTV cameras, but said it had not profited Carr

But defence lawyer Colin Buckle said his client’s family had been blighted by cancer with various relatives being diagnosed with the illness.

Mr Buckle said: ‘Speaking frankly I can’t remember when I last saw a case of this type. He is an intelligent and articulate family man whose wife works as a scientist at a hospital, in the donor unit.

‘He has effectively been opting out of life and living with depression and anxiety. He has a two year old son who also now has a 50% chance of getting it.

‘The defendant, even after being given a warning by the courts, decided over these four days not to put the post through the doors because he was going to be late picking up his wife and son.

‘His focus was so clearly upon his family that he has little regard for anything else. The defendant worked with another postman and they would work a round together. If he finished first he had to wait for the other postman.

‘He was with someone who couldn’t drive and worked slowly. He got rid of some of his own mail to help the other postman.

‘He discarded his own mail to free himself up. This is unusual behaviour for someone who is educated and a constructive member of society. Custody would be a disaster for him. His focus was on his family.

‘This was of low value loss and there was no gain, it was just highly unsophisticated. It was done in front of CCTV, he didn’t steal, he just put the mail in the bin.’