‘Not there to please everyone’: Steve Waugh opens up on bitter 21-year feud with Shane Warne

Former Australian cricket captain Steve Waugh has explained his reasoning behind the decision that sparked a 21-year feud with spin king Shane Warne.

The 55-year-old recalled dropping an out-of-form Warne for finger spinner Colin Miller for the series-deciding match against the West Indies in Antigua in 1999.

Warne had recently returned from shoulder surgery and was being outperformed by fellow leg spinner Stuart MacGill, with rival batsman Brian Lara in devastating form throughout the series.

Waugh told former England captain Michael Atherton on Sky Sports Cricket he made the decision to ensure his team would produce their best performance.

‘It was my first tour as captain to West Indies. As a captain, you are expected to make difficult decisions. That’s why you are given the job. You are not there to please everyone,’ he said.

‘I always wanted to be loyal to be my players to a certain point, but at the end of the day, you gotta be loyal to the team and their performance.

‘Back in those days, when you are on tour, the two players and the coach picked the team, the selectors didn’t have anything to do with it.

‘I found it strange, because you had selectors picking teams for series at home, but on away tours it was up to the captain to basically make the decision.

‘Warnie had just come back from a shoulder surgery. I think he was put back into the team too quickly. We had both Stuart MacGill and him in the previous Test, turning the ball the same way. Lara, and all the left-handers were hitting with the spin, and I just thought it was the right decision.

The decision to drop Warne proved to be vital, with Australia winning the deciding test by 176 runs to retain the Frank Worrell Trophy, while Warne’s replacement Miller posted figures of of 3/66 from 38 overs. 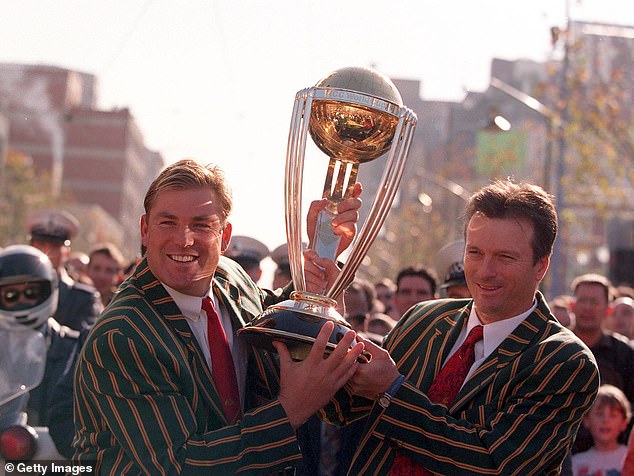 Waugh has consistently defended the decision to leave Warne out of the squad in Antigua, saying it was for the benefit of the team.

‘Looking back, I think it was the right decision, but it was also the making of me as a captain because I can make that big decision that was not going to be easy, but I knew it was beneficial for the team at the time,’ he said.

‘In a lot of ways, I was trying to protect Shane, because he wasn’t bowling well at the time. Obviously, he didn’t see it that way, but if we had gone on to lose on the next Test, it wouldn’t have been good for anyone.’

Warne has been vocal in his frustration with Waugh’s decision for many years.

‘Disappointed is not a strong enough word,’ the 50-year-old wrote in his 2018 autobiography No Spin. 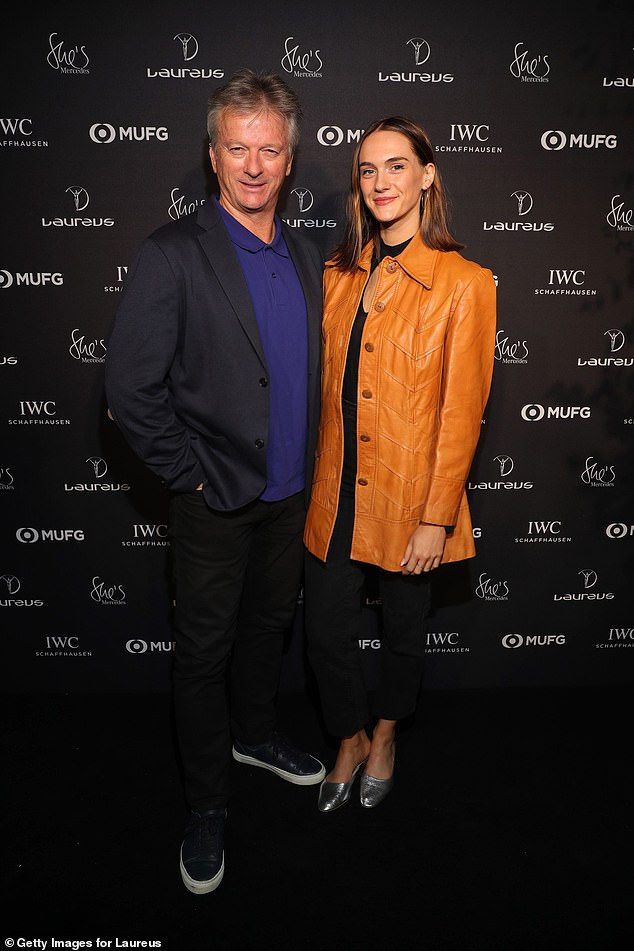 Waugh (pictured with wife Lynette) has defended his decision to leave Warne out of the match, which Australia won before winning the series 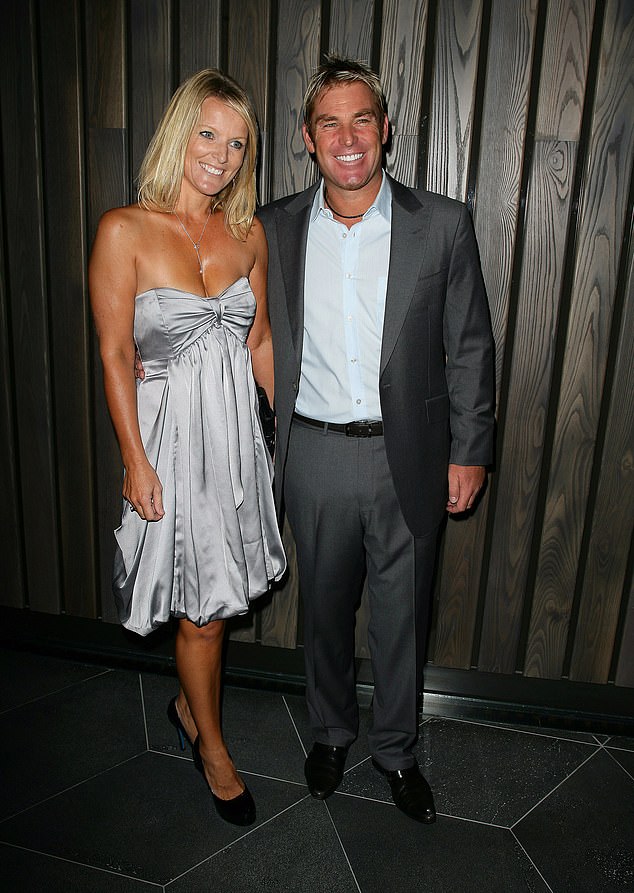 ‘When the crunch came Tugga didn’t support me, and I felt so totally let down by someone who I had supported big time and was also a good friend.

‘Steve will always say the result justifies the decision, but I don’t think it’s as simple as that. I lost a bit of respect for him after that.

‘I believe he should have backed me – as I always believe the art of captaincy is to support your players and back them every time. This gains the respect from the players and makes them play for you. He didn’t, it’s history, but I never found it easy with him after that.’

Warne sounded bitter when he spoke about missing the test match on I’m a Celebrity Get Me Out of Here in 2016.

‘I don’t like Steve Waugh for a lot of reasons, but that was the reason,’ he said. 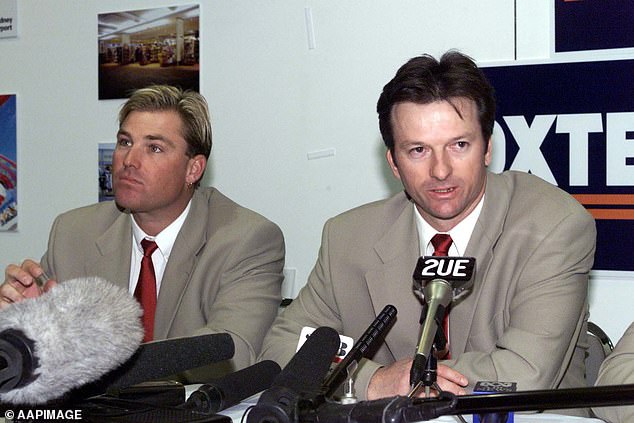 Warne reignited his feud with his former captain in May when he called Waugh ‘the most selfish cricketer’ he ever played with.

Another former Australian captain Mark Taylor weighed in on the dispute, who despite the winning result, believed Waugh made the wrong call.

‘For the final test match, Steve went with MacGill and left Warne out, and that certainly irked Shane Warne at the time, and I don’t think he’s ever forgiven him,’ Taylor said on Sport Sunday.

The veteran of 104 tests said it was no secret the pair weren’t mates and believes the rookie captain made the wrong choice in leaving his star spinner out of the side for a must-win match.

‘At the time, no. I didn’t think it was (the correct decision),’ Taylor said.

‘If you had to make a decision between the two leggies, which I think Australia had to do at that stage because Brian Lara was playing so well, I’d have gone for the guy who’s been great for so long, even though he wasn’t at his best.’ 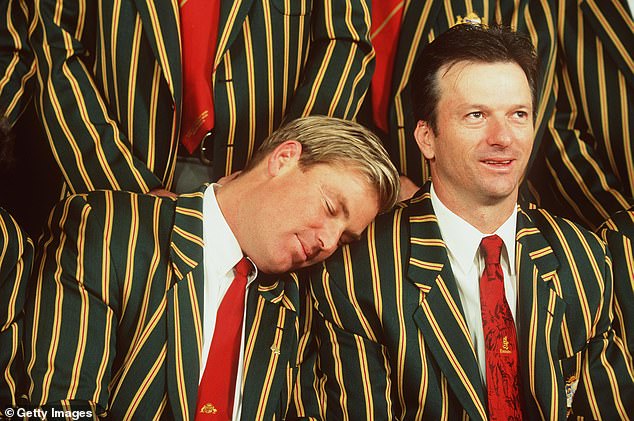