Dirty money: Your notes and coins are ‘crawling with up to 19 bugs linked to sickness and food poisoning’, experts say

By Sean Pulter Consumer Affairs Editor For The Daily Mail

Making contactless payments is meant to be easier than using cash – now it looks like it could be better for our health too.

The cash and coins we carry are covered by up to 19 types of bug and potentially deadly bacteria, experts say.

Our banknotes, coins, purses, pockets and wallets are mostly contaminated by bugs associated with people failing to wash their hands properly after going to the toilet, researchers at London Metropolitan University showed.

Banknotes, coins, purses, pockets and wallets are mostly contaminated by bugs after people fail to wash their hands after going to the toilet

Polymer £5 and £10 notes were contaminated, as were paper £20 and £50 notes, by two life-threatening bacteria associated with antibiotic resistant superbugs – staphylococcus aureus (MRSA) and enterococcus faecium (VRE) and listeria.

Thirty six samples from random denominations of coins and notes were taken by professor of microbiology Dr Paul Matewele and his students.

The coins were put in petri dishes and the team watched as bacteria grew over eight weeks in lab conditions. Bacteria was collected from the notes using swabs and grown.

Dr Matewele said: ‘People who have compromised immune systems could be most at risk from handling dirty money.

‘If you’re visiting people in hospital who might be vulnerable to infection, you could unknowingly transfer bacteria off your cash which is resistant to antibiotics.’ 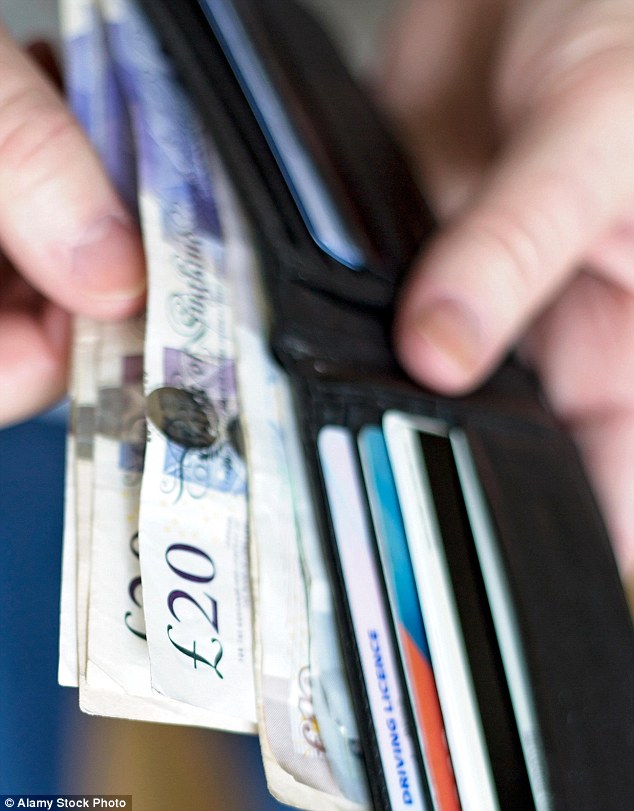