Jurgen Klopp, for once, was over ambitious in the tone of his pre-match message. Liverpool were back at Anfield in Europe for the first time since that epic dismantling of Barcelona in May and their manager wanted a suitably rousing atmosphere.

It was never going to be that way. That Champions League semi-final was a one-off, the football equivalent of water being turned into wine.

A routine fixture in the group stages, despite Klopp’s best attempts, was never going to have the same emotional lure.

Liverpool received a big reception at Anfield, with one banner reading ‘Champions of Europe’ 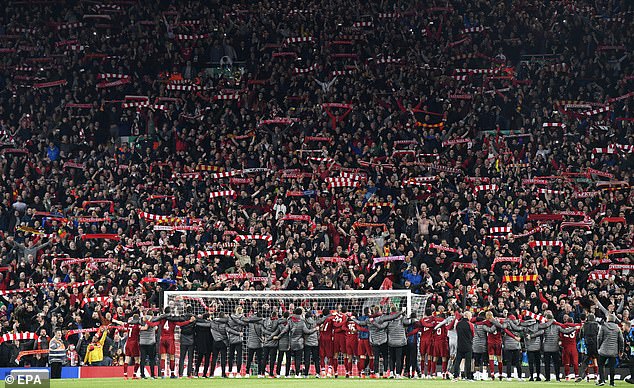 If worrying about the stadium’s mood was top of Klopp’s list of problems, however, it gives you an idea of how far Liverpool have progressed in the space if four years and two days.

To refresh your memory, we will go back to on October 1, 2015 when Anfield staged a Europa League game.

The opponents then, as now, came from the Alps. Switzerland’s FC Sion arrived at Anfield with few giving them a chance but circumstances meant they were able to inflict damage.

They pilfered a 1-1 draw and capitalised on a crippling lack of confidence, as Brendan Rodgers’ reign petered out. 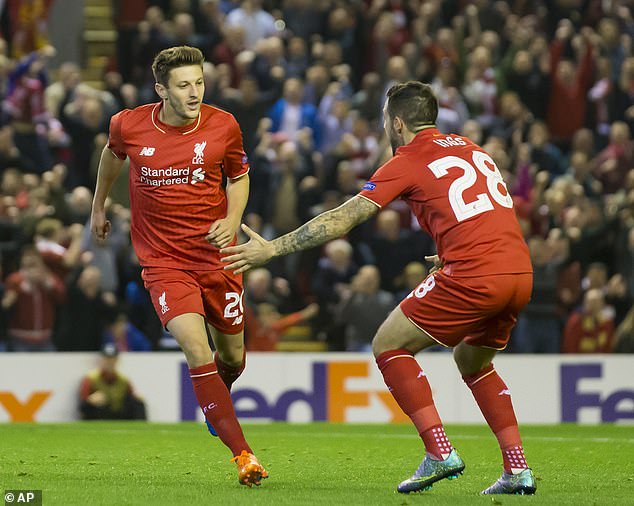 Adam Lallana, who is still at the club, scored against Sion at Anfield in October 2015 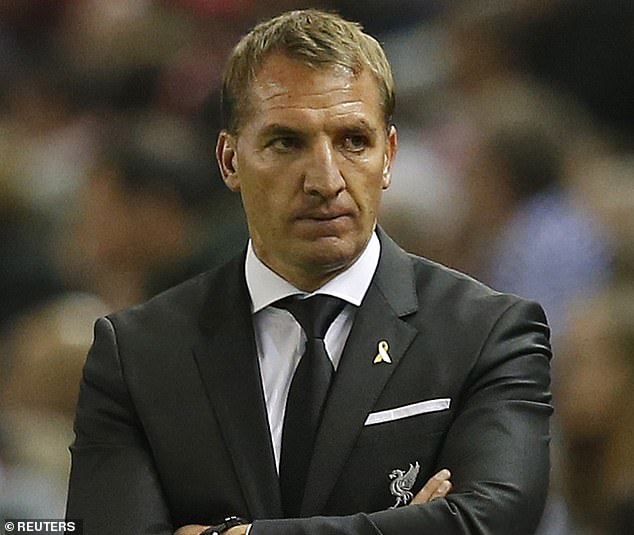 Many of the 37,252 crowd had gone before the final whistle but those who remained vented their frustrations and booed Liverpool off.

Klopp watched that match at home in Germany and noted the disconnect between players and fans, who he recognised were ‘doubters not believers’.

Since that night, Klopp has overseen a remarkable transformation. Liverpool have gone on to play in four European finals, winning two, and they are regarded as one of the dominant forces in the game, which made what happened here all the more inexplicable. 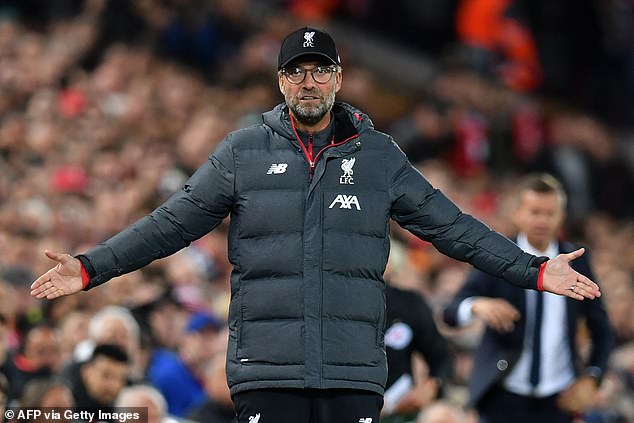 When he asked for a repeat of Barcelona, Klopp would never have dreamed about his side allowing a three-goal advantage to slip for the first time since November 2017 in Seville.

They were horribly complacent in the second half and could have paid a heavy penalty.

Instead, they found a way to win and Mohamed Salah’s goals – much-needed on a personal level following a sluggish run of form – have given them a platform to build for the remainder of the Group E campaign. 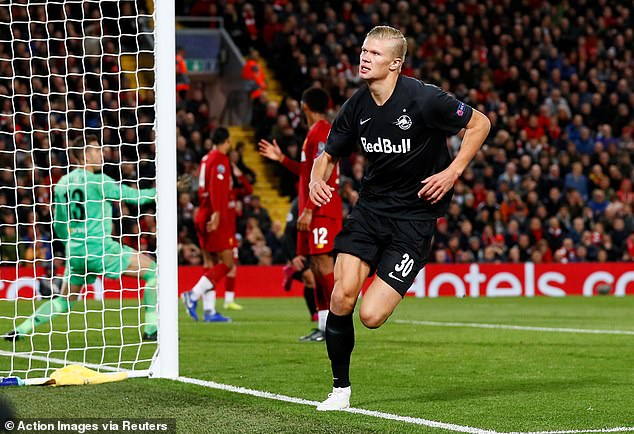 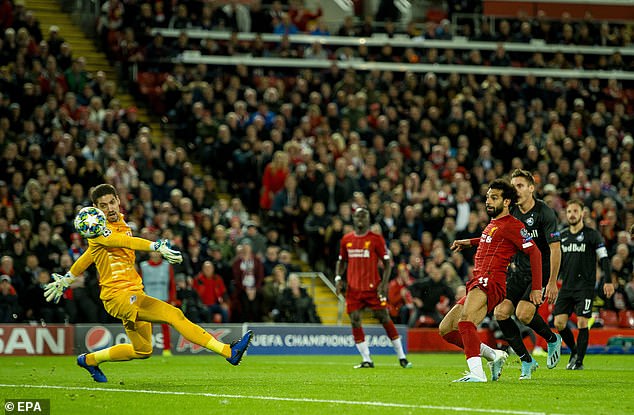 They are not in peak form at present but this picture is far from bleak.

Had anyone said the evening that Sion secured a point that Liverpool would be European Champions within four years, there would have been widespread scorn.

But that is what they are – to stand a chance of defending that title, Klopp – as was the case in October 2015 – knows what they must do.