By Jack Newman For Mailonline and Alex Hammer and Harriet Alexander For Dailymail.com

‘Nothing suspicious’ has been found on a New-York bound Emirates flight that was ordered to turn back around to Greece over a security scare.

Flight EK209, carrying 228 passengers and 18 crew members, was escorted by two Greek air force F-16s because of a ‘suspicious person traveling on board’.

It returned 45 minutes after takeoff and landed at around 10pm local time in Athens.

A second Emirates flight, bound for Dubai, was also denied permission to take off from Eleftherios Venizelos International Airport, in Athens.

The decision to call back and ground the planes reportedly stemmed from a request by US authorities, who tipped off Greek police about a ‘suspicious’ passenger on the plane, police sources and local media said.

An Emirates flight from Greece to New York was forced to return to Athens on Thursday after authorities in Greece ordered the plane back over ‘security concerns.’ Pictured is stock photo of an unrelated Emirates flight

Information about a potentially suspicious passenger was not confirmed by the inspections, police said.

The passengers were taken off the Dubai-bound plane, EK 210, after it taxied along the runway – only for the captain to inform them there was a technical problem, and explain they were returning to the gate, local media said.

The passengers disembarked, were searched, and then boarded again, with the plane taking off several hours later.

In a statement, Dubai-based Emirates acknowledged the disruption ‘due to security checks requested by the authorities’.

It did not elaborate but did apologize to passengers for the inconvenience. 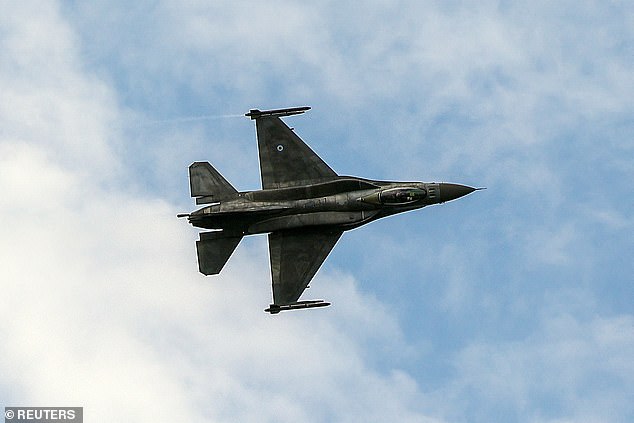 That flight took off after a five-hour delay.

An Emirates spokesperson confirmed both incidents.

‘Emirates can confirm flight EK210 from Athens to Dubai on 10 November returned to stand before takeoff,’ the spokesperson said in an emailed statement to AFP.

‘Flight EK209 from Athens to Newark on 10 November also made an unscheduled return to Athens, due to security checks requested by the authorities,’ they added, saying passengers had been rebooked to travel on Friday and been provided with overnight accommodation.

The aircraft was above Sardinia when the pilots were informed that they needed to turn back.

After receiving the request, the airport activated its crisis management team.

The plane circled Sardinia several times – some reports suggested that Italian and French authorities refused to let the plane land – and then returned to Athens, flying a circuitous route and avoiding passing over Sicily or western Greece.