‘Nothing was working’: Shambolic Winter Wonderland event is shut down

‘Nothing was working’: Shambolic Winter Wonderland event is shut down as furious parents slam the festival and bombard it with refund demands

A slew of complaints from ‘disgusted’ staff and parents shut down a ‘Winter Wonderland event plagued with refund demands.

The festive attraction in Lichfield left parents furious at a skating rink that was deemed a ‘health and safety risk’.

Workers complained about not being paid as suppliers were also allegedly ripped off at the ‘shambolic’ Staffordshire event.

Mark Hicks splashed out £200 on tickets when he took his daughter for her birthday along with 13 of her friends last Saturday. 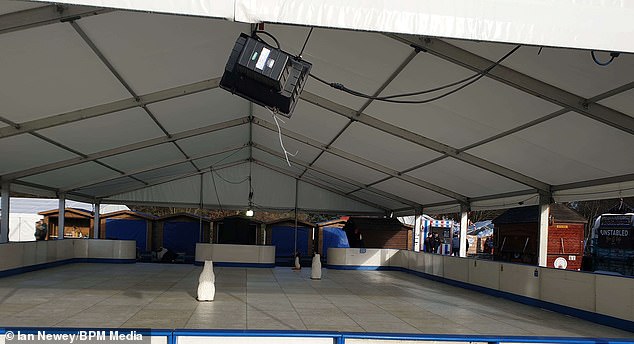 He fumed to Birmingham Live that ‘nothing was working’ and he spent an entire week trying to get a refund that never came.

One customer complained she had not even received her £40 tickets on the day she was due to visit, despite numerous bids to contact the pair.

A steward who stood on the door for 14 hours on Friday, Saturday and Sunday, said that he hasn’t been paid and accused Clark and Siekierski of denying him a Christmas.

But he added that he feels more sympathy for the public and traders ‘who are thousands of pounds down’.

A ‘disgusted’ caterer said that firms had forked out £40,000 in total for pitches at the site, and that trader in particular had paid £3,000.

The organisers went to the site in Beacon Park during the night and took off with their computers, documentation and personal items, it is alleged. Winter Wonderland’s Facebook page was removed from the site this afternoon.

Traders returned to the site yesterday to clear it but found the time to allow schoolchildren a free go on the fairground rides. 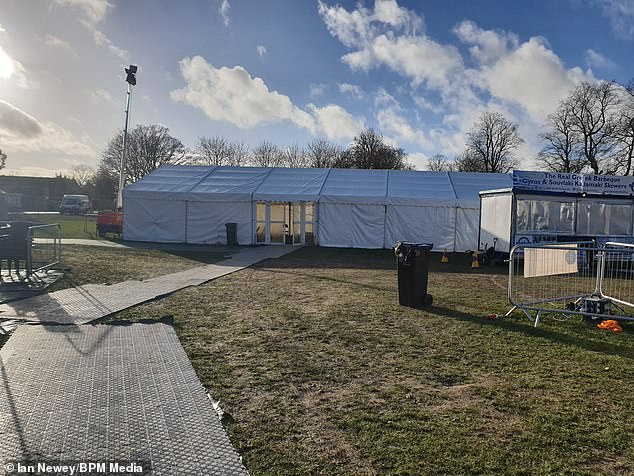 On the organisers’ website, a statement had been written about the event with a link at the end for disgruntled customers to initiate a ‘chargeback claim’. But the link now leads to a page informing the browser that the site is ‘being updated’.

Their website states: ‘Café International Limited T/A Lichfield Winter Wonderland is very disappointed to advise that due to unforeseen circumstances the attraction has been forced to close with immediate effect.

‘Customers wishing to pursue a refund should follow the link as below, which provides information on the procedure required for initiating a chargeback claim: