Skaf, now aged 38, has spent two decades in jail after being convicted for a series of terrifying rapes in Sydney throughout 2000 involving another 14 men, including the ringleader – his brother – Bilal.

He first became eligible for release on parole in 2018.

The State Parole Authority on Friday said Skaf would be granted parole under strict conditions and 24-hour electronic monitoring.

Freeing Skaf at the end of his 23-year sentence in early 2024 without any conditions would have posed an unacceptable risk.

‘This is the only opportunity to supervise a safe transition into the community in the small window of time that we have left,’ SPA Chairman David Frearson SC said in a statement.

Skaf will be released no later than October 8.

When he was 17, Skaf and other members of the gang would lure teenage girls away from public places with the promise of smoking marijuana.

Some were then seized and repeatedly sexually assaulted.

In August 2000, he led the pack rape of an 18-year-old girl where the victim was sexually assaulted more than 40 times by 14 men, including himself, and taunted as an ‘Aussie pig’.

She was then dumped at a train station after being hosed down. 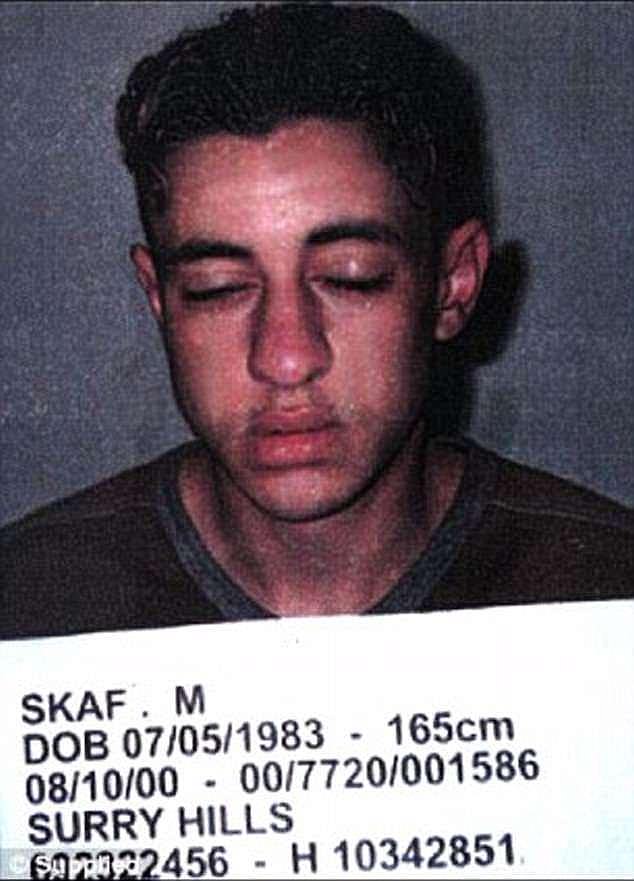 Mohammed Skaf in a police photo taken at the time of his arrest in October 2000. He will now leave jail within weeks

Weeks earlier, Mohammed lured another teenage girl to a park in Greenacre where she was pinned down and raped by his railway worker sibling Bilal and another man, while up to 12 other men watched on.

Earlier this month, the judge who sentenced Skaf warned against his release from prison as the ‘vicious, cowardly bully’ has never shown any remorse and even blamed his victims for the sickening attacks.

Few crimes in recent Australian history have stirred more community outrage and fear than the series of pack rapes committed by the group of young Lebanese-Australian men targeting ‘white women’.

‘What concerns me is that according to reports of the Parole Board hearings, Mohammed Skaf has never expressed any remorse,’ Mr Finnane told The Daily Telegraph.

‘That could mean that he is a continuing threat.’

He said the offences perpetrated by the group are crimes which are normally only read about ‘in the context of wartime atrocities’.