The University of Notre Dame is ending no-cost contraceptive coverage for employees and students.

The South Bend Tribune reports that an email sent by the Catholic university to faculty and staff on Friday shows that coverage will end for employees on January 1. Students under the school’s insurance plan, which provides contraceptives at no-cost through Aetna Student Health, will be covered until August 14.

The University of Notre Dame will no longer provide free contraception to students of employees (above. a picture of the campus last month) 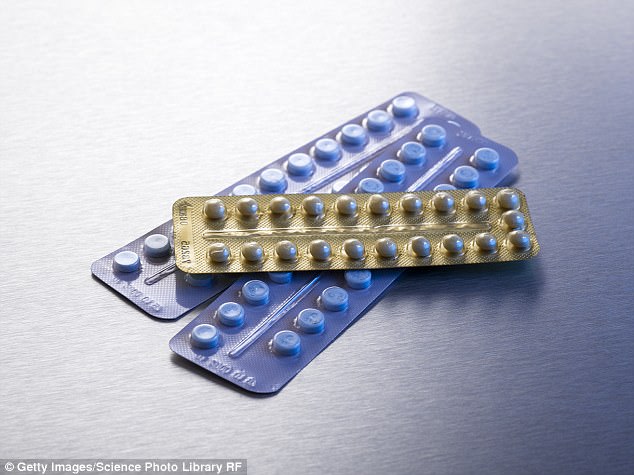 The school had previously been forced to provide free contraception by Obamacare, but President Trump recently ended that provision. Above, a stock image of birth control pills

Three organizations that have been closely monitoring the birth-control debate – Planned Parenthood, the American Civil Liberties Union and the National Women’s Law Center – told The Associated Press on Tuesday that they knew of no other major institution that had taken the same step following Trump’s decision earlier this month.

The university had filed a federal lawsuit challenging the mandate on religious grounds. That case was voluntarily dismissed on October 17, after the Trump administration removed the requirement.

The university’s medical plan will cover contraceptives if they’re used to treat a specific medical condition and not as a method to prevent pregnancy. Those medications will come with standard prescription copayments.

School employees are allowed to use their own funds in Flexible Spending Accounts to pay for birth control medication, university officials said.

A nearby Planned Parenthood clinic could be an alternative option for students looking for birth control.

Planned Parenthood has launched a campaign that urges employers to publicly commit to continuing birth control coverage. The organization says birth control opens up education and career opportunities for women.