Steve Cooper’s astonishing transformation of Nottingham Forest from relegation fodder to Premier League promotion candidates could yet have its fairytale finale.

This crucial win – which delayed Fulham’s coronation as champions – means Forest’s destiny remains in their own hands as chase top-flight football for the first time in 23 years.

They’ll need to win all three of their remaining games – including at automatic promotion rivals Bournemouth next Tuesday – and ensure their goal difference is better than that of the Cherries come the final reckoning.

Although Bournemouth came back to draw at Swansea, the door is ajar for Forest. Can they now hold their nerve?

Philip Zinckernagel was their matchwinner here, thanks to a Fulham defensive gift, as Forest proved the equal of a team that sealed their elevation a week earlier.

The news that Bournemouth had fallen three behind and Swansea before launching a fightback proved an intriguing distraction at Craven Cottage. 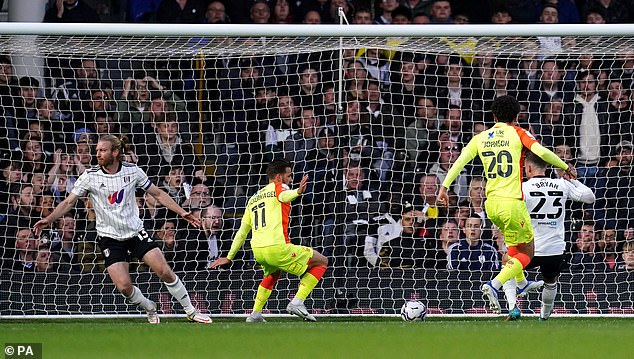 Lax defending from Fulham, who have already been promoted, allowed Forest to get their dream start at Craven Cottage

The equation was simple enough for Fulham – they just had to better Bournemouth’s result at Swansea and the champagne could be uncorked.

And as news of Joel Piroe’s early double for the Welsh club filtered through, chants of ‘championes’ were soon echoing around Craven Cottage. 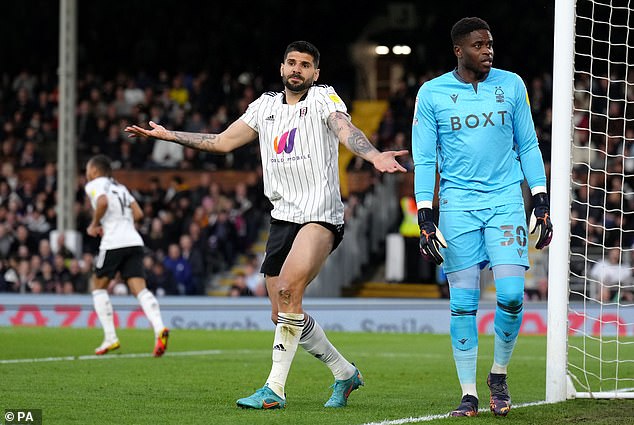 Jack Colback warmed the palms of Marek Rodak with an early sighter and then Brennan Johnson – most likely the main attraction for Brentford boss Thomas Frank, sat in the stands – fizzed a ball across the face of goal.

Forest, motivated by their pursuit of Bournemouth for second spot and automatic promotion, were the superior side and deservedly led after 15 minutes.

Having said that, it was a Fulham horror show. Colback took a quick throw in down the touchline and Sam Surridge toe-poked the ball on to Zinckernagel inside the Fulham box.

Tim Ream looked to have it covered and tried to shepherd the ball back to Rodak. Somehow, they got in an almighty muddle and Zinckernagel was left with a simple tap in from a yard out. 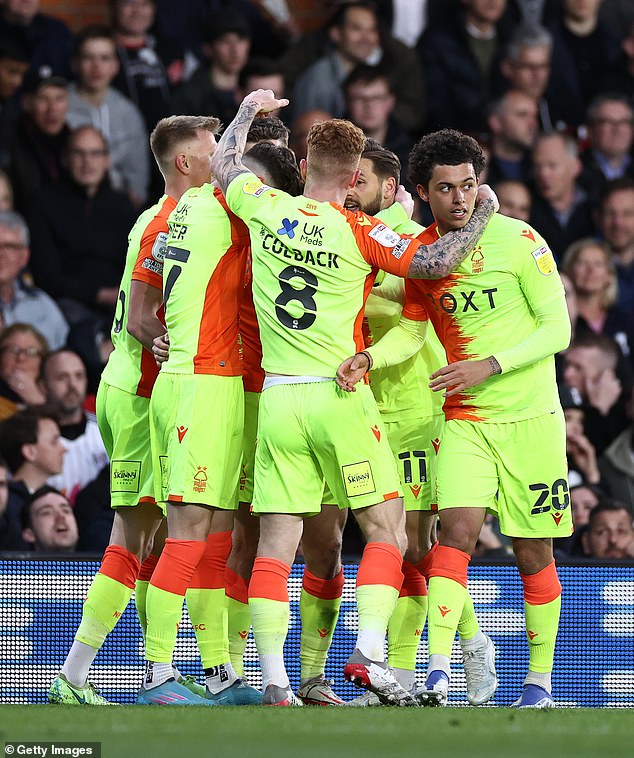 Nottingham Forest’s players celebrated after their opening goal at Fulham

Marco Silva was angered, believing that Surridge should have been panellised for a barge into the back of Neco Williams prior to the throw, but play continued and Forest led. Their night was certainly going well.

Fulham might have equalised almost immediately but Fabio Carvalho fired directly at Brice Samba from a good position.

An open and end-to-end contest developed. Fulham continued to play themselves into bother at the back and the crowd quietened.

The duel between Aleksandar Mitrovic and Scott McKenna was a bruising one, with the Serbian also clattered by Steve Cook at one stage in midfield. 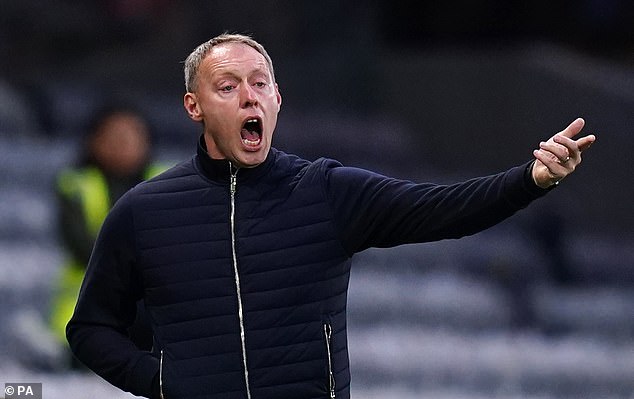 Mitrovic, named the Championship player of the year on Sunday night, fired a stoppage time free-kick over the crossbar.

And a couple of minutes into the second-half, he strained to reach a Williams cross that Samba got a touch on but couldn’t steer it on target.

Forest carried plenty of threat on the counter, with Johnson haring down the wing after Ream missed a ball forward and it required a point-blank stop by Rodak to deny Surridge after he crossed.

Johnson looked incredulous when Forest penalty appeals for handball against Joe Bryan were waved away but the decision was a correct one.

Down the other end, Samba pushed away Carvalho’s curling effort and the keeper bravely punched the resulting corner clear with Mitrovic steaming in.

Samba then clung on to a Wilson daisy-cutter as Forest clung on in the final minutes. Now can they finish the job?