Nottingham Forest owner and Greek shipping tycoon, Vangelis Marinakis, denied any links to drug trafficking on Saturday, a day after a Greek prosecutor brought preliminary charges against him.

The prosecutor charged Marinakis with financing and storing drug substances and setting up a criminal group to traffic and sell drugs, a judiciary source said.

The 50-year-old shipowner, who also owns Greek side Olympiacos, denied any wrongdoing saying that the charges were legally unfounded and accused the country’s leftist-led government of plotting against him.

‘There is not the least evidence against me,’ Marinakis said in a statement posted on the Olympiacos website, adding that ‘members of the governing coalition have persistently targeted me’ and said the results of any investigation would prove his innocence.

The government declined to comment on the case or Marinakis’ accusations.

The case emerged four years ago when the Greek coastguard discovered a record two-tonne haul of drugs, mainly heroin, aboard a small tanker called Noor One and in a warehouse near Athens. A court has sentenced 15 people to prison in that case.

The charges were brought against Marinakis after a preliminary investigation that looked into financial transfers related to the financing of the tanker, the judiciary source said, requesting anonymity.

Court authorities have not made any public announcements on the case, which is standard practice in the country.

An investigating magistrate against corruption is expected to look further into the case, the judiciary source said. 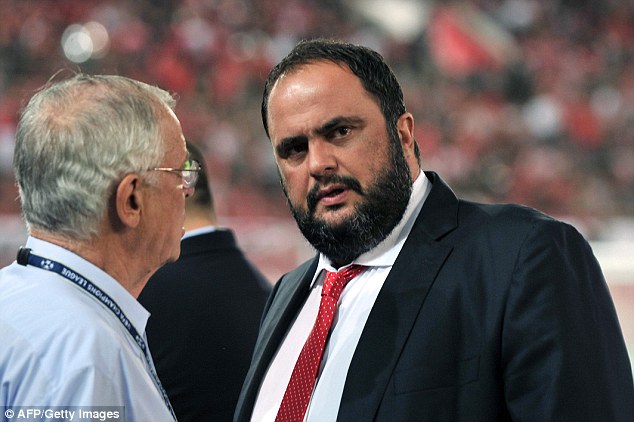