A fatshaming toddler has helped her mum transform herself into a ‘yummy mummy’ by dropping ten stone.

Gemma Symons, 36, from Nottingham was in the hairdressers with her daughter Eva, now four, when she shouted: ‘Mummy you are so lucky, you have boobies at the front and boobies at the back.’

She was mortified as Eva playfully squeezed the fat hanging over the back of her bra in front of around 10 other women.

After reaching 20 stone, the mum of four knew her habits were spiralling out of control and hated her size 22 frame.

But it wasn’t until Eva’s innocent comment that she realised enough was enough and she embarked on a weight loss mission.

With the help of Cambridge Weight Plan, Gemma has lost ten stone and can now wear a dress size 10.

She finally feels like a yummy mummy and is able to enjoy glamorous nights out with friends.

Gemma Symons, 36, from Nottingham shed 10 stone after her toddler daughter fat-shamed her in the hairdressers 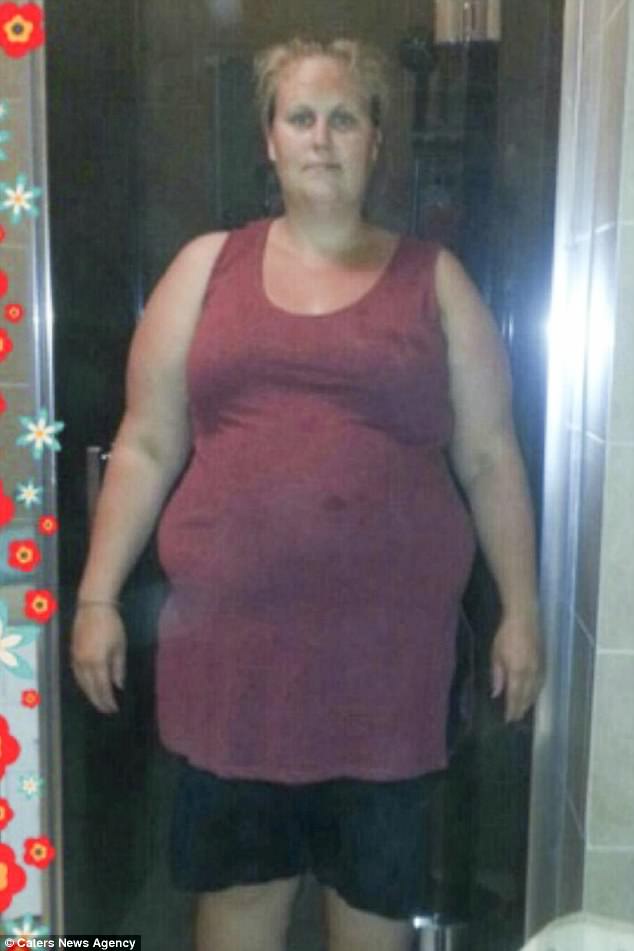 Recalling the embarrassing incident, Gemma said: ‘Me and Eva were in the hairdressers last year when she innocently fat-shamed me in front of all the other women.

‘If I hadn’t been sat with a head full of foils I would seriously have just got up and run out.

‘Instead I sat there trying to be brave with silent tears streaming down my face.

‘I was so embarrassed and Eva then kept asking why I was crying, I was annoyed with myself and how I’d allowed my diet to get so out of control. 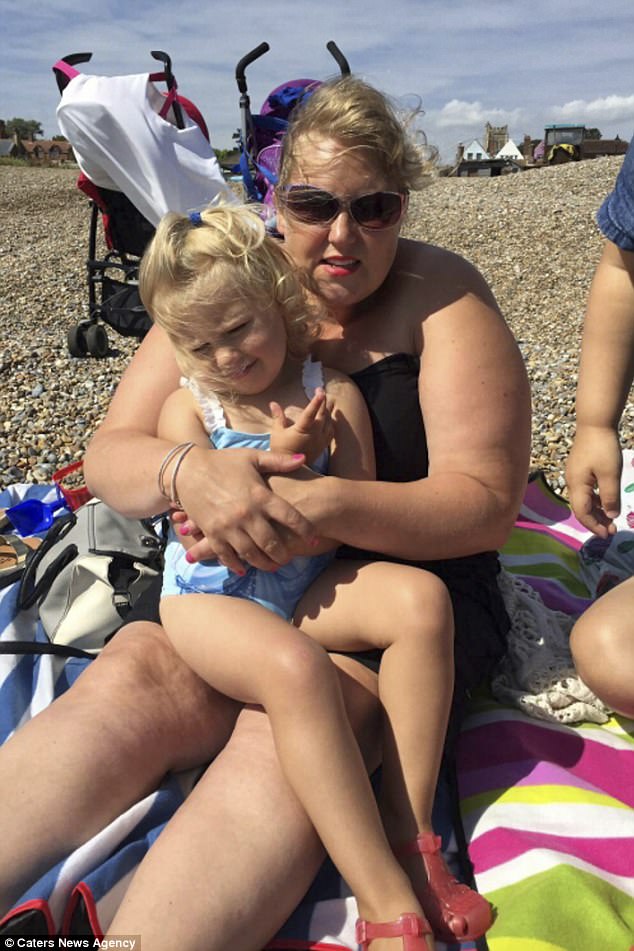 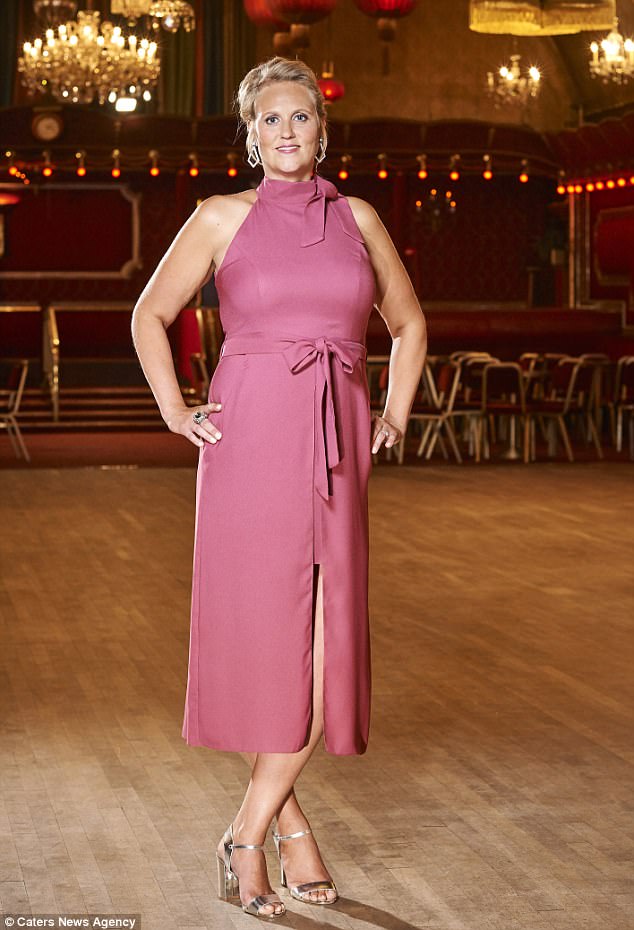 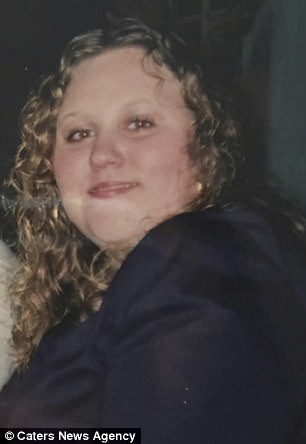 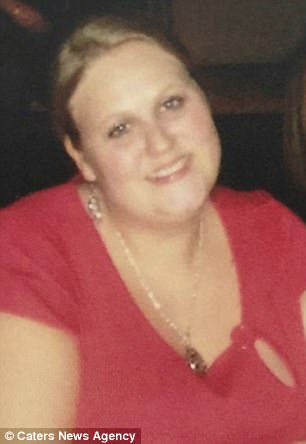 The mother-of-four was always known as ‘Big Gemma’ because of her size. Her weight went up to 20 stone after four pregnancies took their toll on her body

‘I loved chocolate and would often eat two bars for breakfast without even thinking.

‘I can’t remember how I got so big, I can barely remember not being big, I’d forever been known as “big Gemma”, not blonde Gemma or Gemma with the curly hair always big Gemma.

‘I’d wanted to lose weight before Eva’s comments but I’d fallen pregnant with Florence, who is now one, before I’d got chance to start my weightloss journey.

‘But after Eva’s remarks last September, I finally had the push I needed.’

Gemma ditched her diet of sugary tea, chocolate and large portions of lasagne for salads and healthier versions of her favourite meals

Gemma said: ‘I couldn’t carry on being obese and I was desperate to become a good role model for my kids.

‘I didn’t want them to pick up on my unhealthy eating habits and end up being fat themselves. Gemma is grateful to her daughter Eva for her comments, which gave her the motivation to start dieting 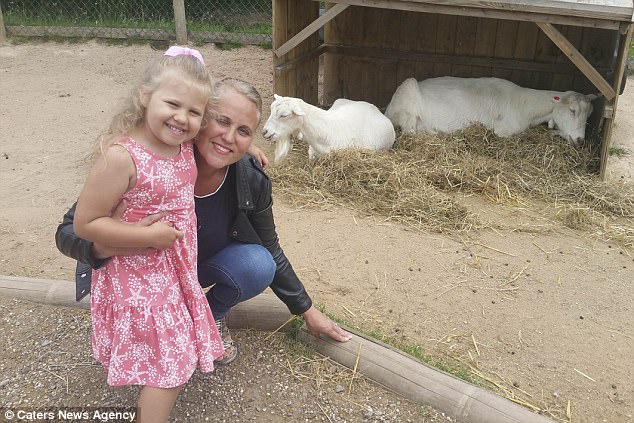 The mother-of-four, with her daughter Eva, no longer fears having her photo taken

‘Eva’s comments did me to world of good, she kick started my weightloss last year and I couldn’t be happier with my body now.’

Gemma’s had met her husband, Greg, 36, at school and after having four children together, Lewis, 17, Freya, 13, Eva, four, and Florence, one, she noticed her waistline balloon. 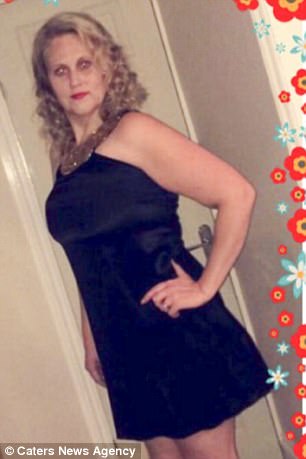 The mother-of-four has rediscovered her confidence

She added: ‘I hadn’t got time to watch my own diet and I’d often skip breakfast and just eat chocolate and cups of tea with sugar.

‘I didn’t let anyone take any photos of me as I felt fat in every single one.

‘I had a miserable pregnancy with Florence and after delivery I was almost 20 stone, I was distraught.

‘Multiple times I was asked how long had I got left and I had to explain that I’d already given birth.

‘It was soul destroying on almost a daily basis. I knew I needed to do something different, I knew I couldn’t do this by myself.

‘I’d seen a lady on the school run who was become a Cambridge Weight Plan consultant and eventually I plucked up the courage to talk to her.’

The rest is history and Gemma couldn’t be happier with her new glamourous look.

She added: ‘No more big Gemma ever again, boobies at the back gone for good and Eva can’t believe how good her mummy now looks.’