A student, who was subject to racist chants outside her university halls bedroom, has defended her abusers.

But Ms Chisango said she doesn’t want to see the pair jailed over the incident.

She told ITV’s This Morning: ‘I feel like they shouldn’t go to jail. What they’ve been through now is enough. Because they are still my age, they’ve still got their whole life ahead of them.’

Last week, Ms Chisango, the only black person on her floor, posted a message alongside the recording that read: ‘Yoo I’m fuming, the way people in the same uni halls as me are chanting ‘we hate the blacks’ outside my bedroom door.

‘Words cannot describe how sad this makes me feel, in this 2018 people think this is still acceptable.’

The footage was quickly shared on Twitter and has now been viewed more than 500,000 times.

After Ms Chisango posted it on Wednesday night, hundreds of people replied to express their disgust.

Speaking of the ordeal today, she added: ‘It just made me really distressed, uncomfortable and really isolated. I have never had anything like that at the university.

‘I know who they are and they have always been friendly. This was out of character.’ 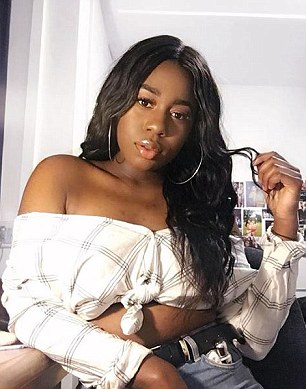 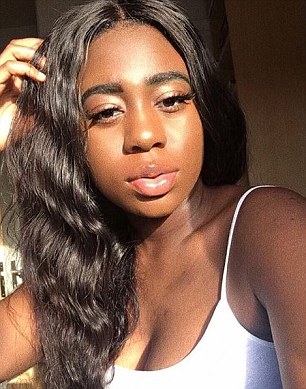 ‘The men, aged 18, remain in police custody. Our enquiries are ongoing.’

The university also confirmed the ‘suspected perpetrators’ have been suspended pending a full investigation. 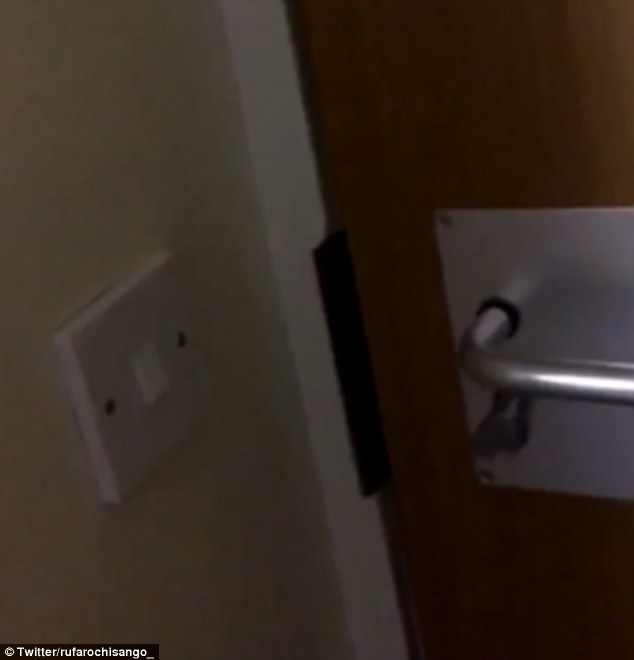 In the clip, at least two men can be heard signing a number of football-style chants  while lacing them with racist language

In a statement issued to the media last week, a spokeswoman for the university said it was ‘shocked and appalled’ at the video.

The statement read: ‘This kind of vile behaviour will not be tolerated.

‘Those suspected perpetrators have been suspended immediately pending a full investigation. We have contacted the student who made the complaint and are providing support to her and others affected. And we will be liaising with the police about this incident.’

The statement added: ‘We value being a diverse global community, with staff and students from across the world.

‘We are also working with our accommodation partner to understand why the university was only alerted to this on Wednesday evening after this was reported to them in the very early hours of Tuesday.’