Two teenagers have been jailed for a total of 20 years after stabbing a 17-year-old boy and leaving him to die in the street in Nottingham.

Ezekiel Clarke was killed in February when he was stabbed several times in the arm, chest, heart, liver and lung during an attack on a street in Radford.

A 16-year-old, who cannot be named for legal reasons, was found guilty of his murder. He was also found guilty of robbery and possession of a bladed article in a separate incident.

He was given a life sentence in detention with a minimum term of 13 years to serve before he can apply for parole at a Nottingham Crown Court sentencing on Monday.

Jaheim Williams, 19, was found guilty of manslaughter and sentenced to seven-and-a-half years in detention at a young offenders’ institution.

Ezekiel Clarke (right with his sister Shimea Anderson) was killed in February when he was stabbed several times in the arm, chest, heart, liver and lung during an attack in Radford

After the sentencing, Ezekiel’s heartbroken sister vowed to take a stand and help tackle knife crime in the city following her brother’s death.

Shimea Anderson, 33, said: ‘I would like to add that knife crime is a major social issue within society. Here in Nottingham we have many stabbings but fewer deaths from stabbings like other areas such as London and Birmingham.

‘As a city, as a community, do we really want to become like other cities in the country where lives being lost to knife crime becomes a daily or weekly occurrence?

‘It is not for the victim’s family alone to stand up and fight to make change. There are many organisations that are working with young people to prevent knife crime – but they can not do it alone.

‘This is Nottingham and this is the city we live in and our community. These are our children becoming victims or perpetrators and engaging in knife crime culture.

‘We need to be doing more together as one and working with organisations who are out here fighting for our children – your children.’ 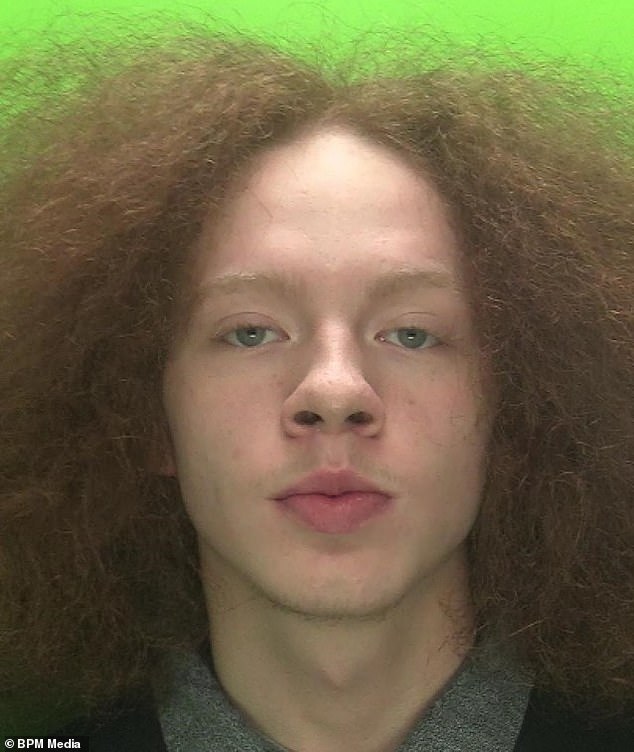 Jaheim Williams (pictured), 19, was found guilty of manslaughter and sentenced to seven-and-a-half years in detention at a young offenders’ institution 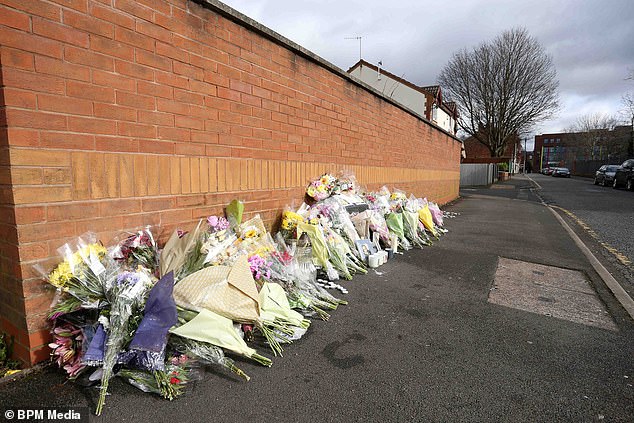 After the sentencing, Ezekiel’s heartbroken sister vowed to take a stand and help tackle knife crime in the city following her brother’s death. Pictured: The scene after the stabbing

His mother Julie Jones, 54, added the ‘hopes and dreams’ she had for her son were taken from her ‘in the blink of an eye’ on the night he was killed.

She said: ‘He had so much ahead of him and was truly looking forward to every moment of it, a career, seeing the world through the eyes of an adult, a family of his own, all of which he can no longer do.

‘What was taken from us on that fateful night in February was everything, all the hopes and dreams every parent has for their child, gone in the blink of an eye.

‘No words can truly describe the impact this loss has had, heartbroken, doesn’t come close, the pain is constant, I miss him every day.

‘I would like to take this opportunity to thank detective Inspector Rich Monk and all of his team for bringing the perpetrators of Ezekiel’s murder to account.

‘Any sentence handed out would have seemed unjust to us, there is no true justice for taking a life, however the sentences given seem extremely lenient and we as a family feel it does not reflect the severity of the crime.

‘I just hope the sentences imposed will serve as a deterrent to others, it may just stop some other cowards from taking a knife out tonight and destroying somebody’s else’s life, as well as their own, because these senseless killings really do have to stop.’

Police and ambulance crews were called to a report of a stabbing in Radford, Nottingham at around 7.10pm on February 19. 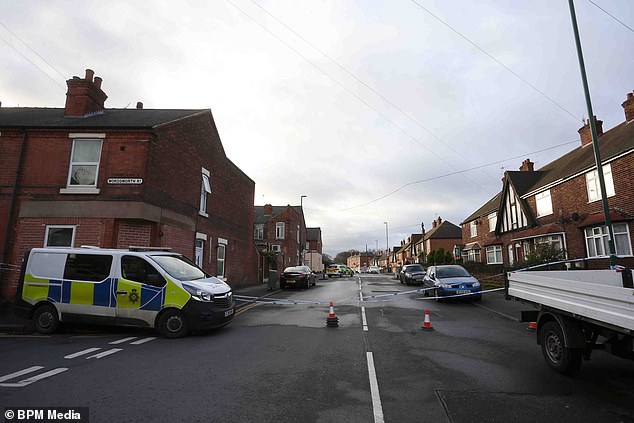 A 16-year-old, who cannot be named for legal reasons, was found guilty of Ezekiel’s murder

Both teenagers ran away from the scene after the attack, leaving Ezekiel to die in the street.

A port-mortem revealed he died due to the second stabbing to his heart, liver and lung. The first stabbing was to his arm and chest.

The court was told the 16-year-old defendant in the case was also involved in a knife-point robbery two days before Ezekiel died.

The teenager wielded a knife and stole a coat, rucksack and chain from a 17-year-old boy on February 17.

Another 16-year-old, who cannot be named, was given an 18-month detention and training order for his role in the knifepoint robbery to which he pleaded guilty in the first instance.

Nottinghamshire Police has a dedicated Knife Crime Team committed to tackling violent crime, along with a range of other tactics and operations that the force uses to prevent and reduce knife crime.

Superintendent Mat Healey said: ‘Nottinghamshire Police is committed to tackling knife crime, both through education and enforcement, and will investigate all reports thoroughly.

‘This particular incident has resulted in the tragic loss of such a young life and we would like to pass on our sympathy to Ezekiel’s friends and family. This incident has affected the whole Radford community.

‘Sadly this death highlights the importance of the societal need to ensure that carrying knives never becomes acceptable.

‘We will not tolerate people carrying knives in Nottinghamshire. We urge parents and carers to talk to their children about the dangers of carrying knives and the terrible impact that knife crime can have on them, their friends, their family and their community.

‘Anyone who knows of someone who carries a knife has a chance to prevent tragedies like this by reporting their concerns.’