Novak Djokovic became the history man at the Australian Open after he blitzed Rafael Nadal to take a record seventh title at Melbourne Park.

His dominance at this venue is not far off the Spaniard’s at Roland Garros, and he hit his perfect pitch in winning 6-3 6-2 6-3 in just two hours and four minutes.

For Djokovic it was a fifteenth Major title, taking him within two of Nadal and only five of Roger Federer, which is starting to look ominous for the Swiss. He also becomes the first man to achieve three different streaks of three consecutive Grand Slam titles, which is seriously impressive. 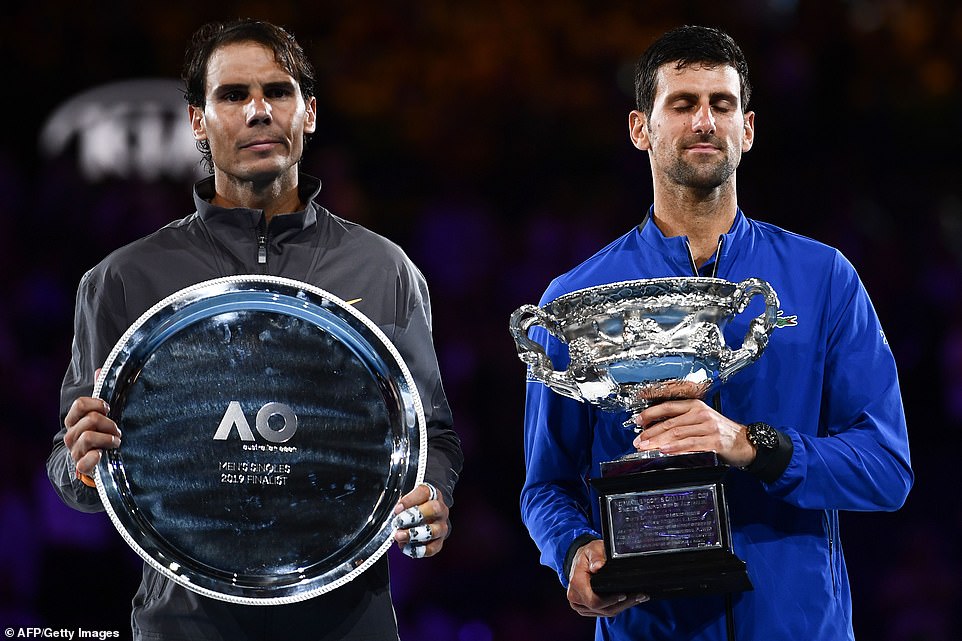 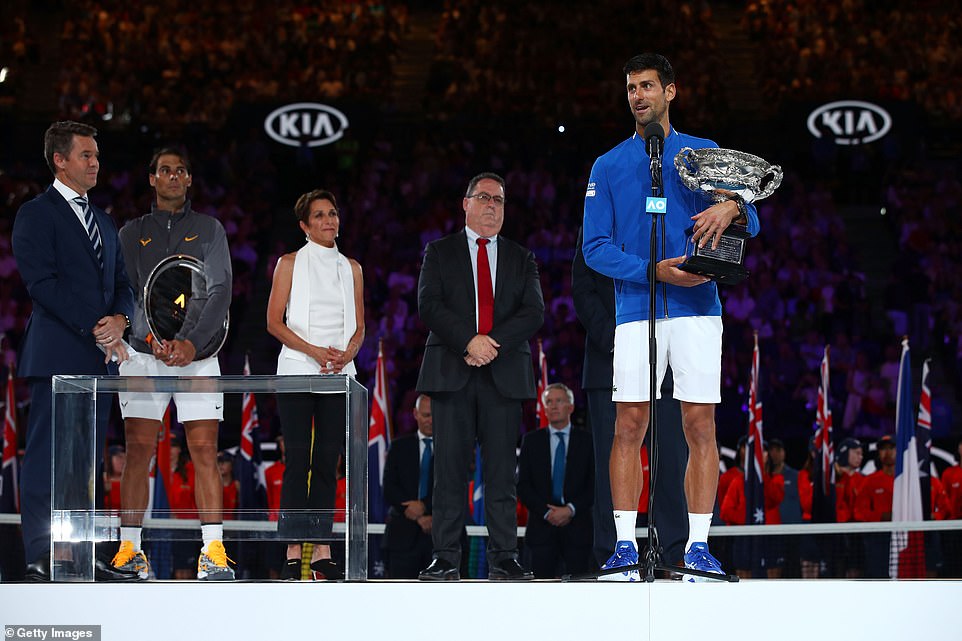 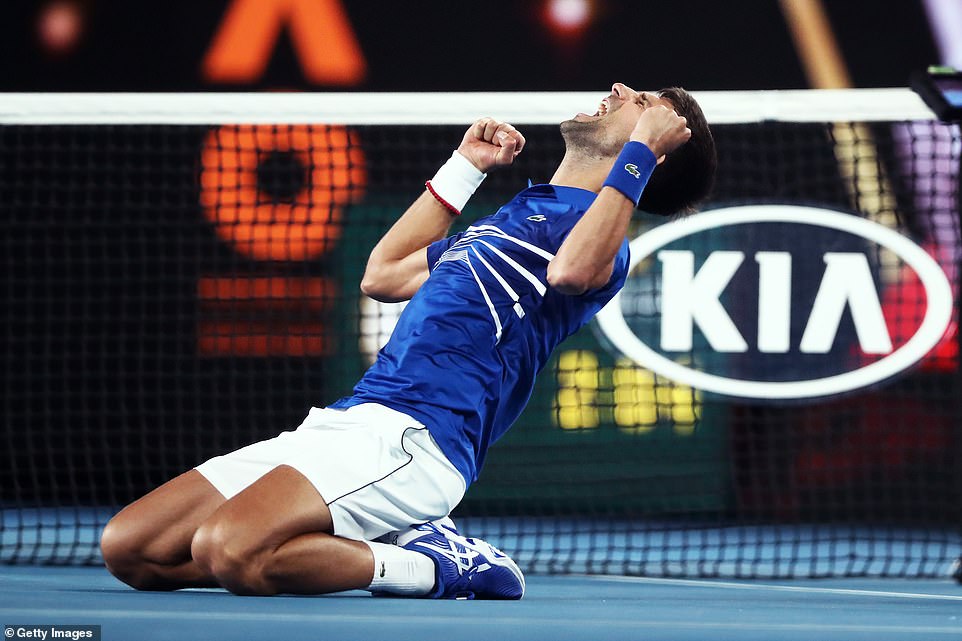 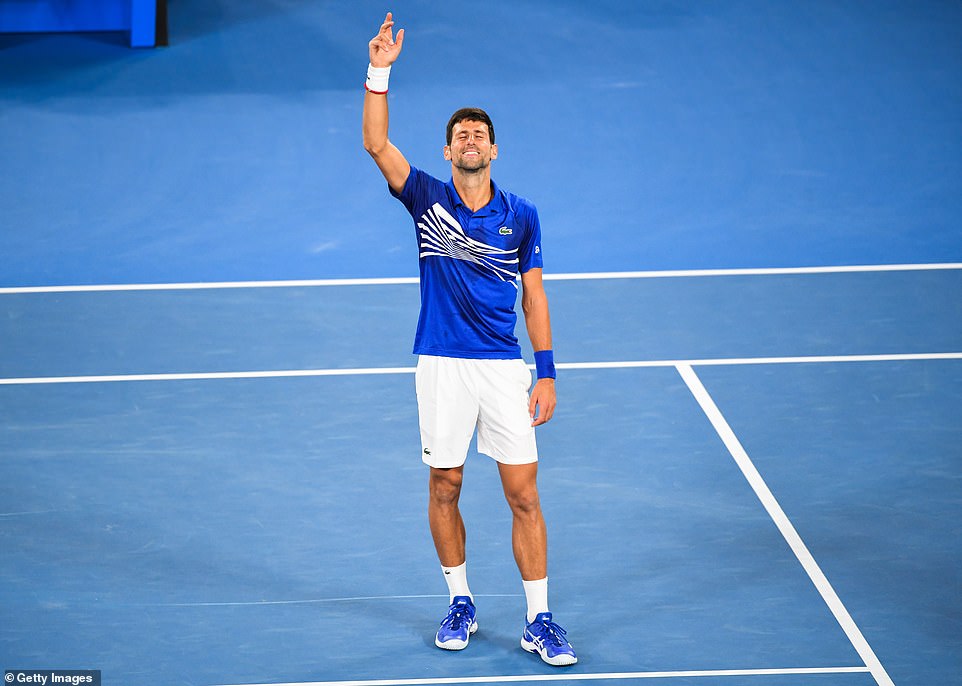 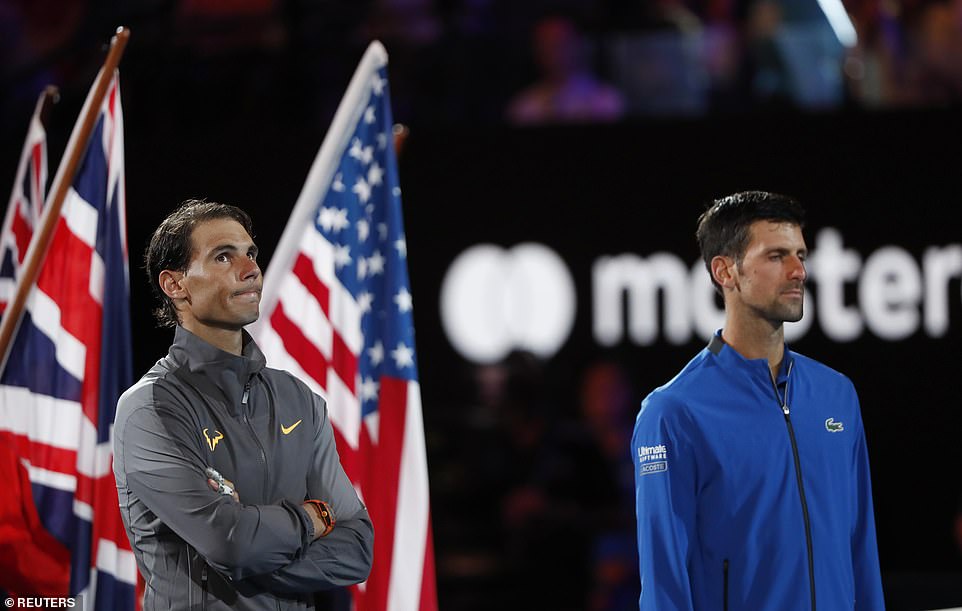 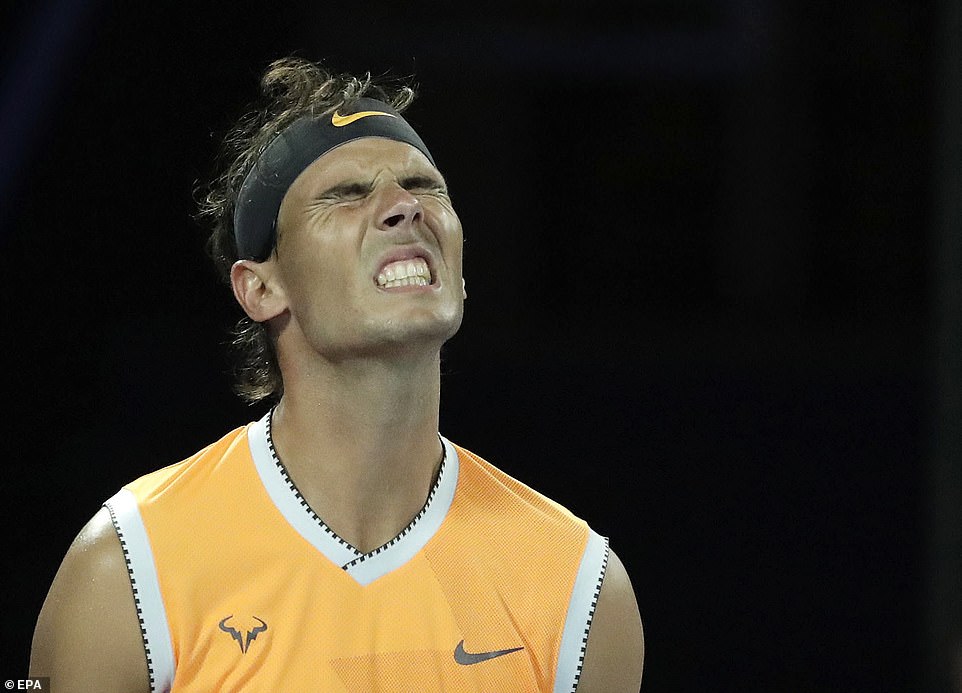 It was a deeply disappointing evening for Nadal, who had reached the final without dropping a single set

‘I’m trying to contemplate the journey of the last twelve months,’ he said during the trophy ceremony.

‘I’ve been through surgery and to be standing here and managing to win this title and three out of four titles is amazing, I am speechless. This is definitely the best tournament in the world.’

This was Nadal’s first straight-sets loss in a final of this stature (he has played 25 of them) and he was helpless in the face of his opponent only hitting nine unforced errors in an almost unblemished performance.

‘It was an amazing level of tennis tonight and during the whole week,’ admitted the dejected Spaniard.

‘It has been a very emotional two weeks even if tonight wasn’t my best day, I had someone who played much better than me tonight.

‘I’ve been going through tough moments in the last twelve months. Even if tonight wasn’t my night it was so important for me to be here today. I believe I played a great two weeks.

‘That will be a good inspiration for me for what’s coming. I’m going to keep fighting hard to be a better player.’ 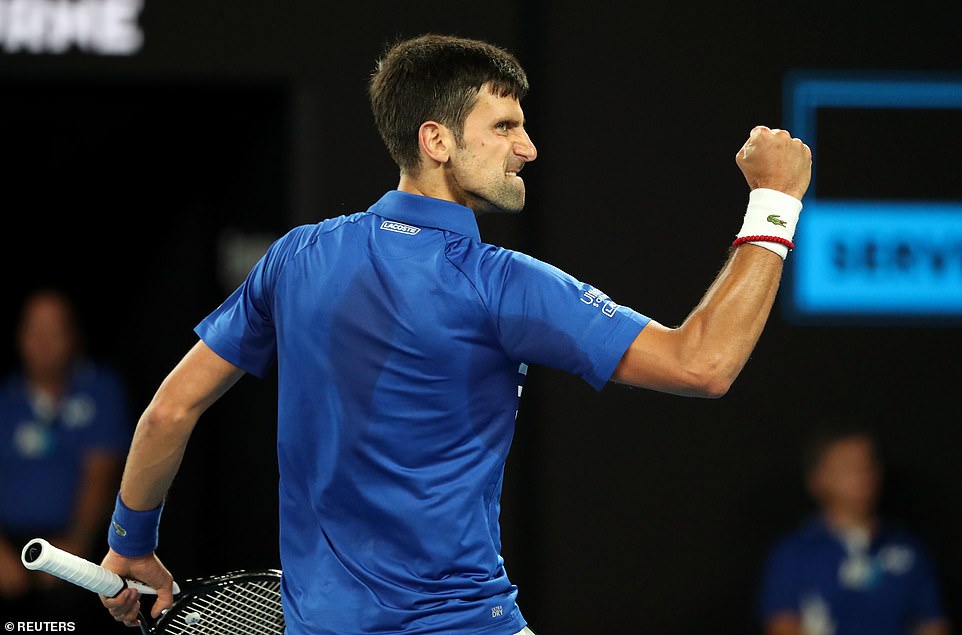 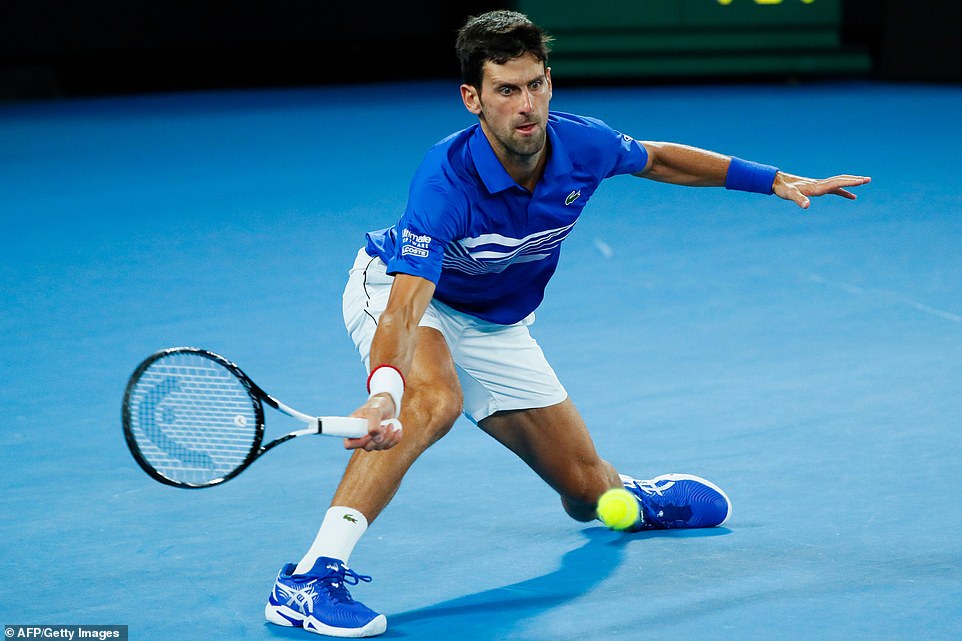 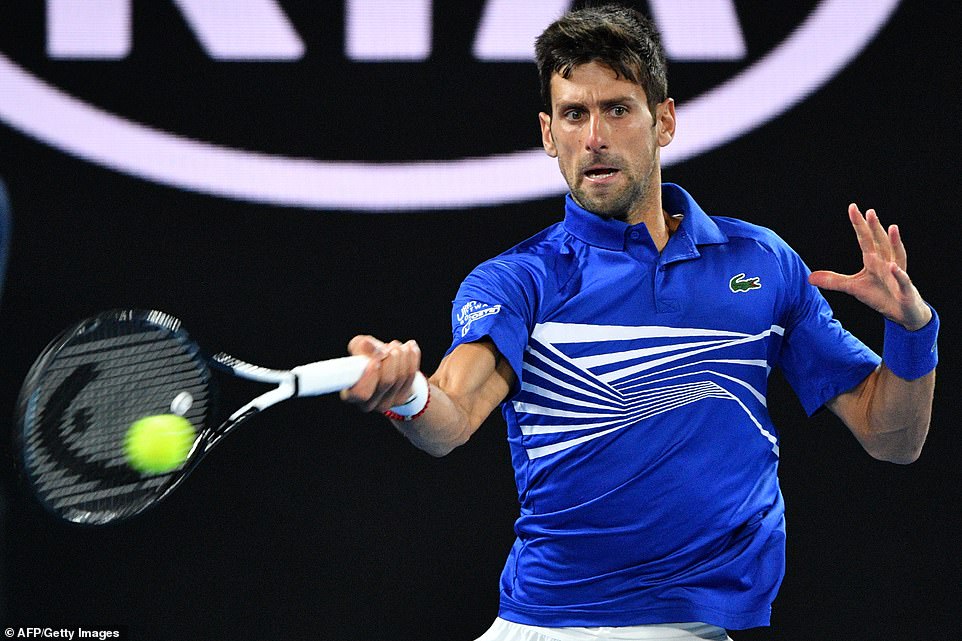 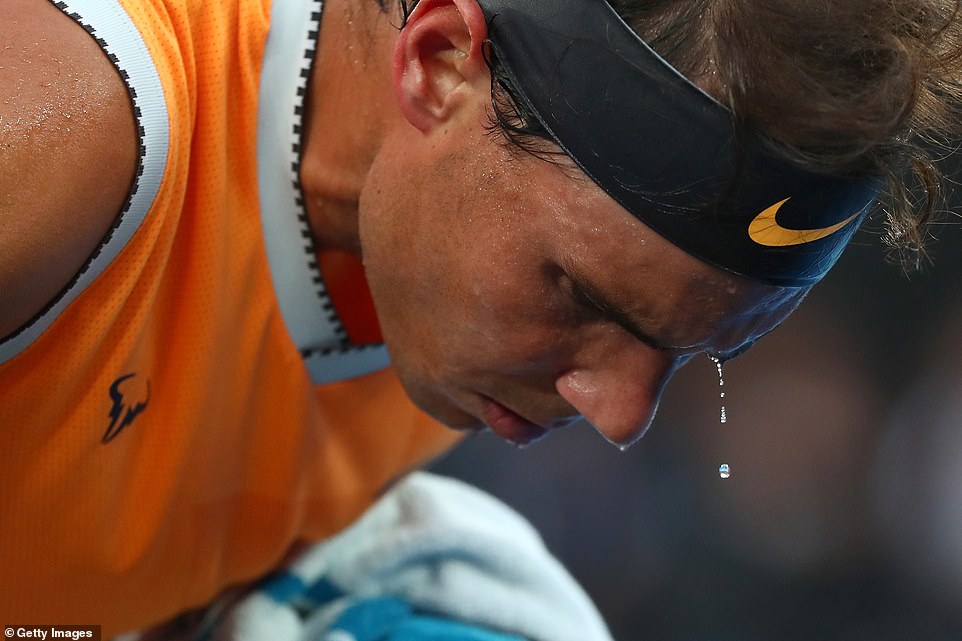 The conditions in Melbourne were searing, with both players having to deal with the heat, the temperature as high as 28C 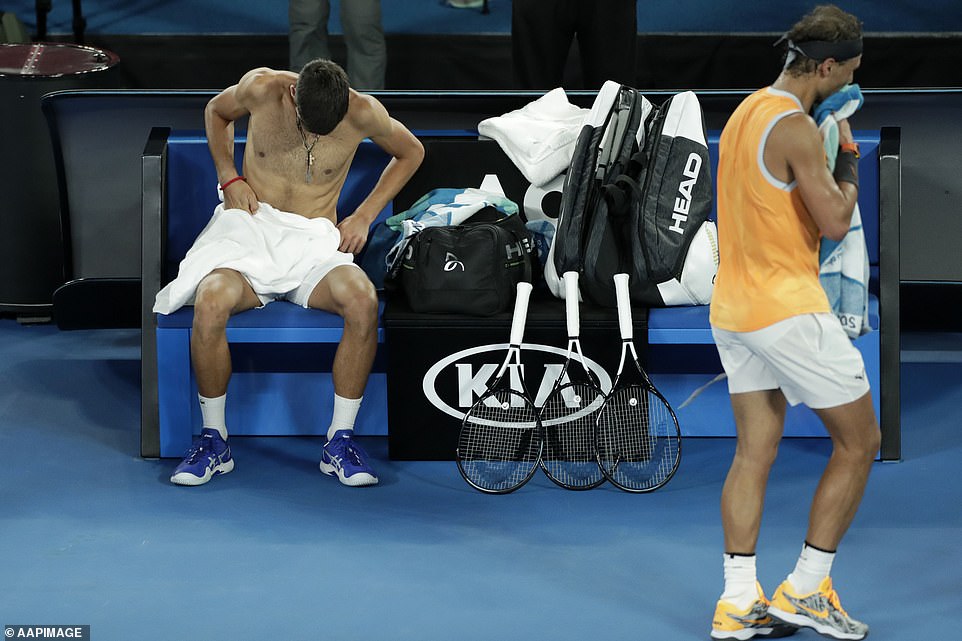 It was the most one-sided men’s final here since the first of the four he played against Andy Murray, which was eight years ago. At the end Nadal shook his head in disbelief while Djokovic celebrated one of his best performances ever.

After their last final here, which lasted just under six hours, the expectation was that this was another marathon, further encouraged by the outstanding form of both men coming into the match.

But Nadal has not beaten Djokovic on hard courts for more than five years, and that seemed to be weighing on his mind as he received serve on a very pleasant evening in the Victoria capital. 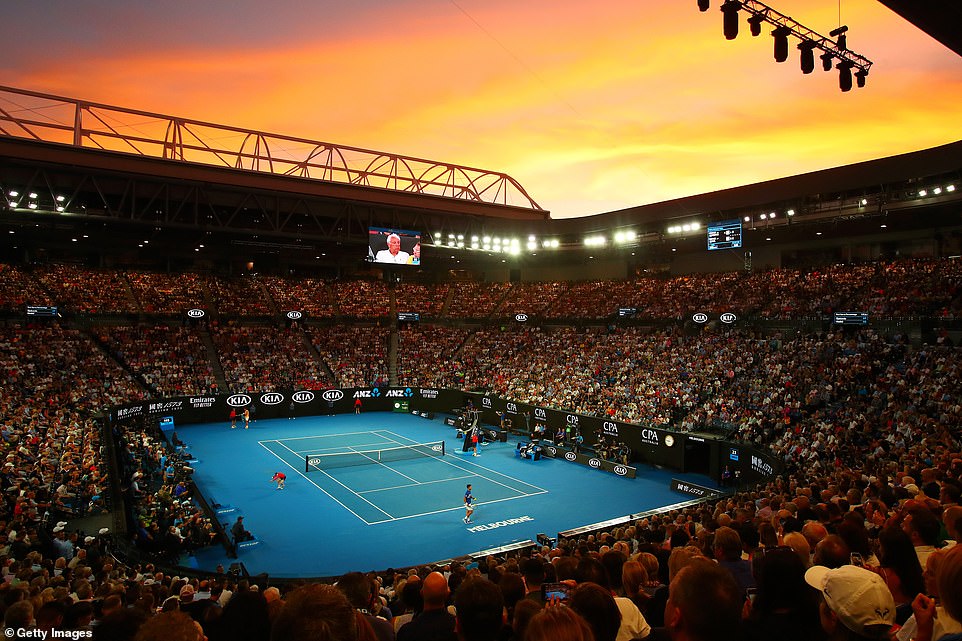 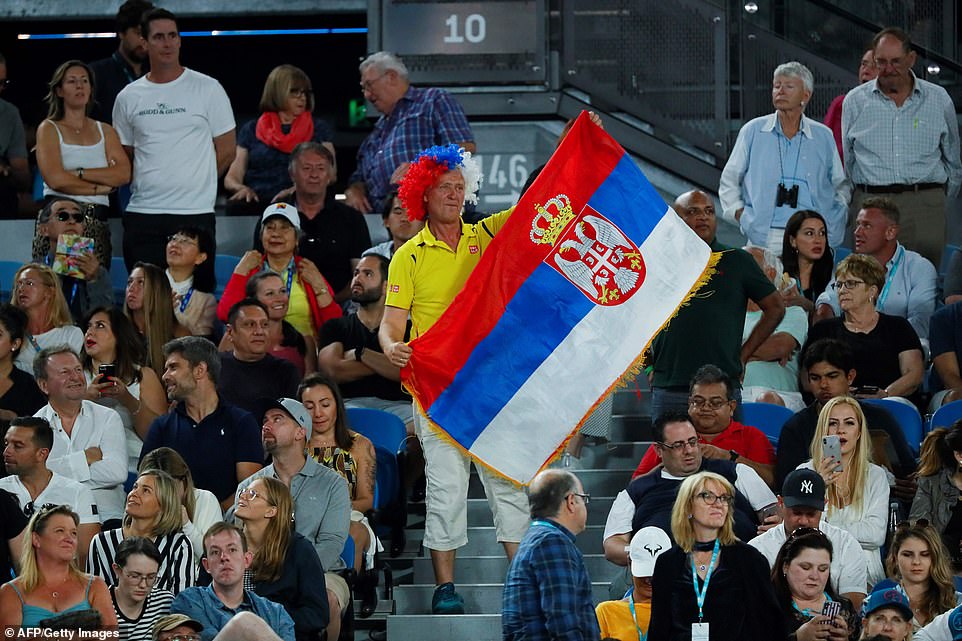 A Djockovic supporter, decked out in a Serbian wig, holds a Serbian flag aloft to show his backing for the World No 1

Djokovic was moving around like a gazelle while Nadal looked plain nervous, misfiring all over the place while the Serbian’s serve was impregnable. He raced to a 3-0 leads in twelve minutes and lost only one point on serve in closing the set out, although the Spaniard was by now exerting more pressure in the rallies.

At 2-2 in the second more impeccable returning of serve got another break point for Djokovic and a quickfire exchange at the net resulted in Nadal volleying over the baseline.

Nadal was playing way back in the court and nothing he tried could disturb the rhythm of his opponent, who broke again for 5-2 and finished the set in a blaze of aces.

When Djokovic broke for 2-1 in the third he threatened to cruise home, but Nadal managed to force his first break point of the match at 2-3, only to dump a backhand in the net. There were five breaks of serve in all, a match way more one-sided than anyone could have envisaged. While a disappointing end to a fascinating tournament, the crowd had at least seen a masterclass.