‘My dearest people on this planet’: Novak Djokovic chokes up during emotional family tribute after his Australian Open win – as his wife posts adorable photo from back home

Novak Djokovic choked up as he dedicated his Australian Open crown to his family – while his wife posted a touching photo of their two children watching back home.

The Serbian dedicated a significant portion of his winning speech following his straight-sets thrashing of Rafael Nadal to thanking his family for their support.

The tribute to his loved ones back home was matched by his wife Jelena’s adorable Instagram post showing her and their two young children watching the game.

Taken midway through his triumphant performance on Sunday night, the photo showed Mrs Djokovic and the children huddled in front of a television watching the game.

‘I would like to say hello to my family, starting with my wife, my son Stefan and daughter Tara,’ the now 15-time Grand Slam winner told the Rod Laver Arena from the winner’s podium.

‘I hope they’ve been watching – at least they said before the match that they would watch.

Djokovic then paused momentarily, seemingly on the brink of tears, before ending the section of his speech with an even more poignant tribute.

‘They are the dearest people on this planet next to my two brothers and my parents. I love them very much.’

‘It’s even more special to me when I have someone to share it with. 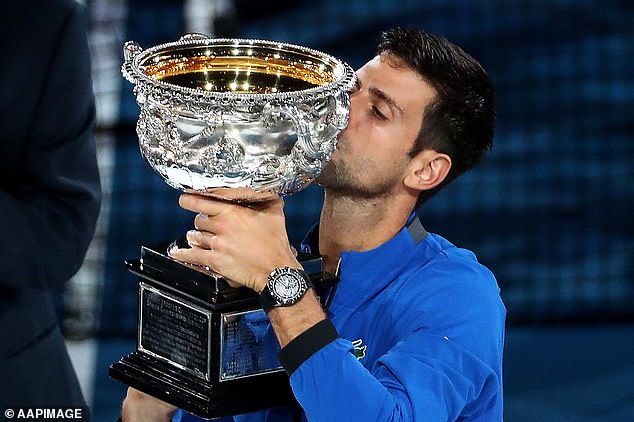 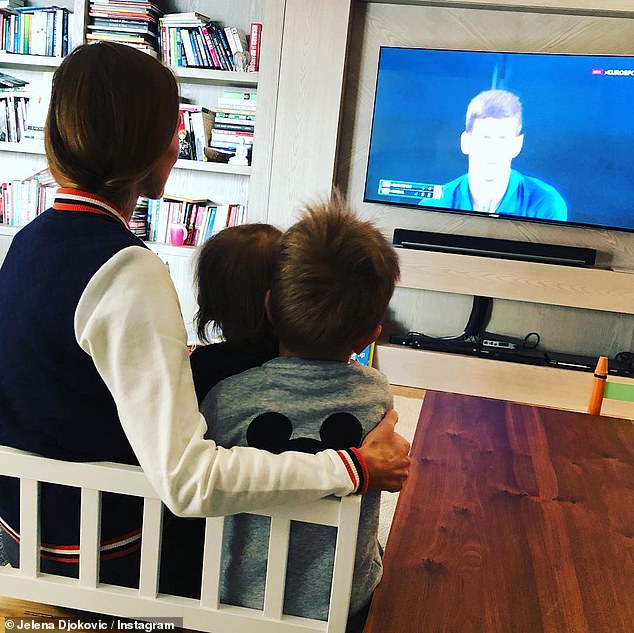 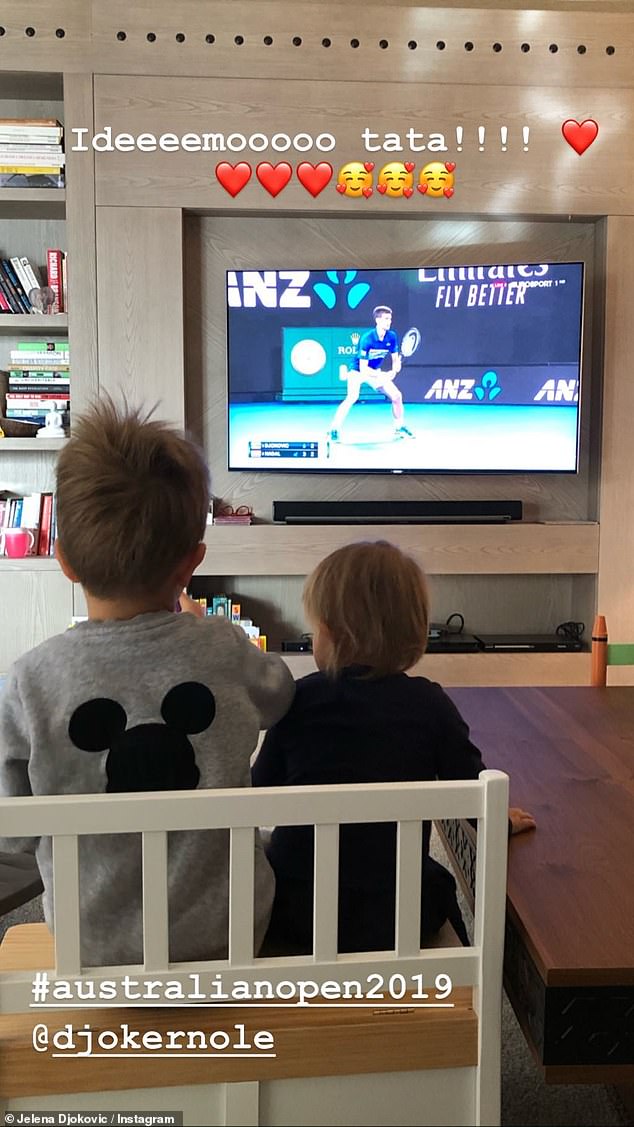 Taken midway through his triumphant performance on Sunday night, the photo showed Mrs Djokovic and the children huddled in front of a television watching the game (another post pictured)

‘They’ve sacrificed a lot of their time and energy for me to live my dream to be standing here today and I try to always remind myself and not take that for granted.’

While speaking to Channel 9’s coverage team in front of hundreds of screaming fans after the match, Djokovic was shown a picture of the tweet to his delight.

‘Yes please keep it there for a while. Oh my gosh I love it,’ the Serbian said as he soaked in winning an historic seventh Australian Open title.

‘I’ll be there in a few days we’ll share this wonderful emotions,’ he added.

Djokovic’s dominance at this venue is not far off the Spaniard’s at Roland Garros, and he hit his perfect pitch in winning 6-3 6-2 6-3 in just two hours and four minutes.

This was Nadal’s first straight-sets loss in a final of this stature (he has played 25 of them) and he was helpless in the face of his opponent only hitting nine unforced errors in an almost unblemished performance.

‘It was an amazing level of tennis tonight and during the whole week,’ admitted the dejected Spaniard. 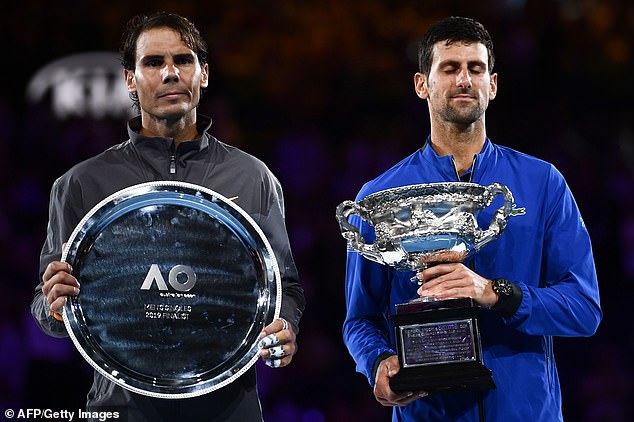