Novak Djokovic allowed glaring lights in the stands to throw him off his game but pulled himself together in time to make the last-16 of the Australian Open.

The world No 1 was cruising at two sets up against Canada’s Denis Shapovalov before a row with officials led to him dropping his first set of the tournament. 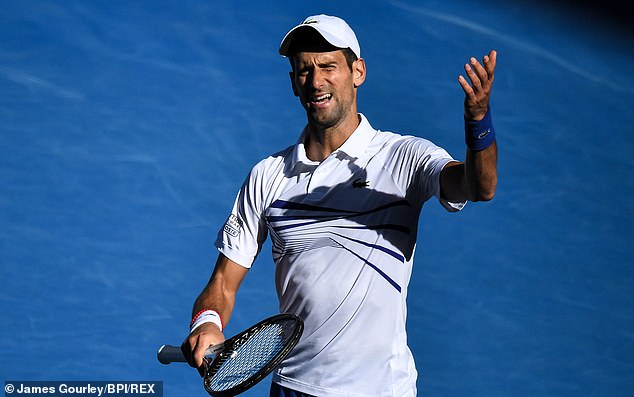 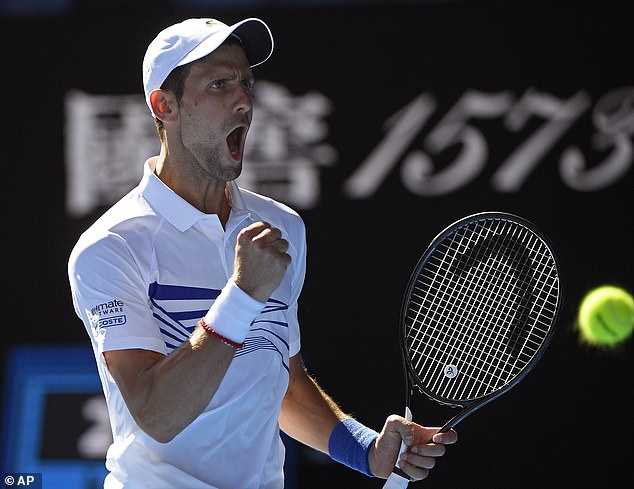 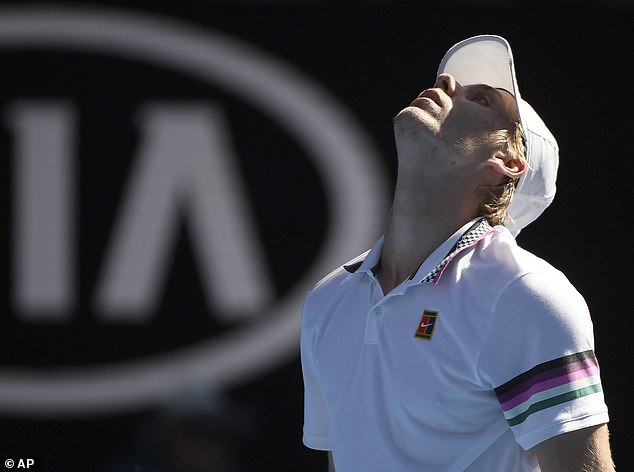 Djokovic remonstrated with officials about some lights on Rod Laver Arena shining into his eyes and lost his focus temporarily, allowing the talented Canadian teenager back into the match.

He also made sarcastic gestures to his support box, Andy Murray-style, during his loss in concentration in what was a curious episode on a sunny afternoon at Melbourne Park, with the clouds and rain of Friday having dissipated.

The offending lights were ignored eventually and he romped home to victory in the fourth.

‘I just tried to weather the storm, I made some unforced errors and he got back in the match,’ the world No 1 said. 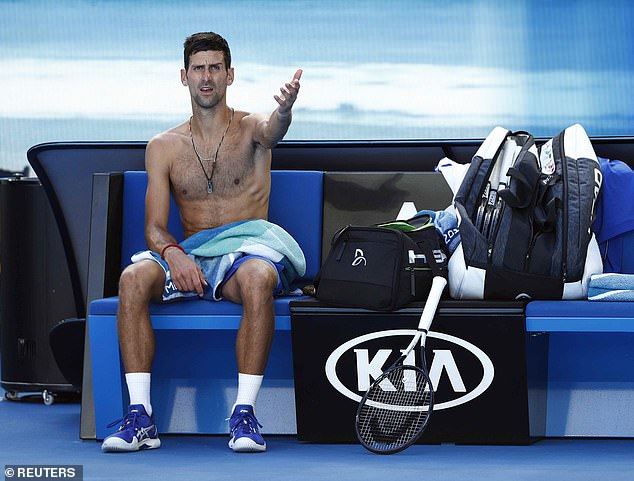 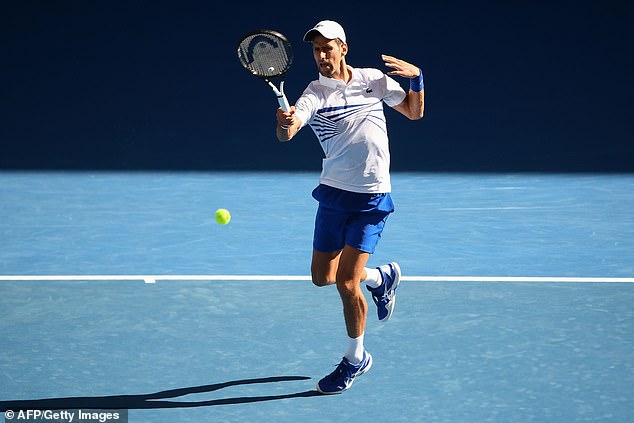 But Djokovic was cool, calm and collected on court and produced a commanding display

His left-handed opponent showed that he still has plenty of work to do before he lives up to his billing as a potential champion. The jury remains out on him as holes remain in his game.

Djokovic has still not looked quite at his best here, but is through to the fourth round without being seriously threatened.

He now has an interesting challenge against the improving Russian Daniil Medvedev, who is No 15 seed. Medvedev reaffirmed his status as one of the names to watch as he comfortably took out Belgium’s David Goffin 6-2, 7-6, 6-3.

Milos Raonic is also through to the fourth round and is amassing useful practice in tiebreaks, winning another one in beating Frenchman Pierre-Hugues Herbert 6-4, 6-4, 7-6. 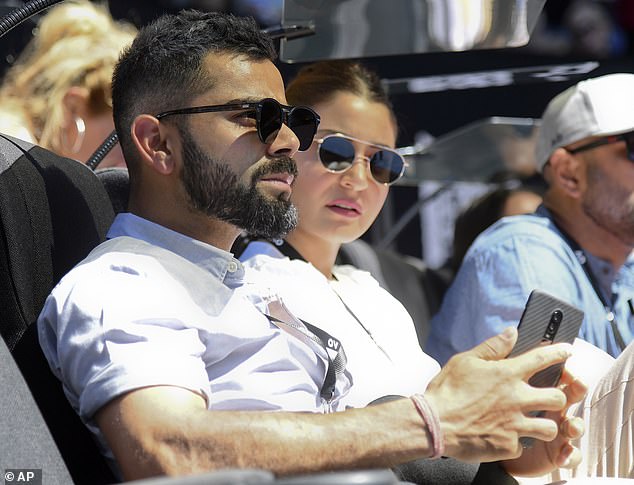 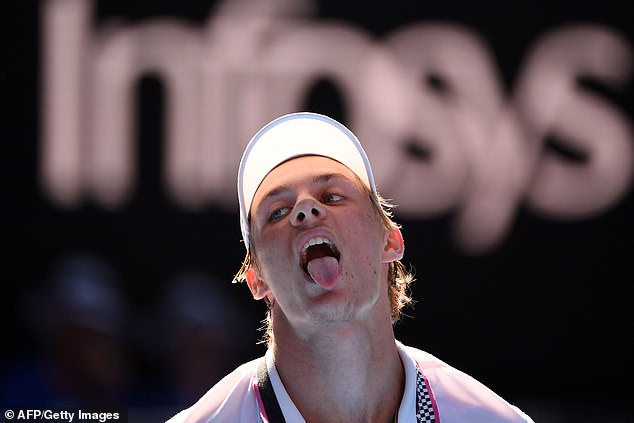 Shapovalov, meanwhile, was made to sweat as Djokovic continued to pile on the pressure