A frustrated Novak Djokovic reached the third round of the US Open despite dropping a set to Tennys Sandgren.

The Wimbledon champion had struggled in the heat against Marton Fucsovics two days previously and been relieved to come through in four sets, but looked to be cruising in the slightly cooler evening conditions before things became complicated in the third set.

Djokovic fought back from a break down and held a match point at 5-4 but Sandgren saved it. 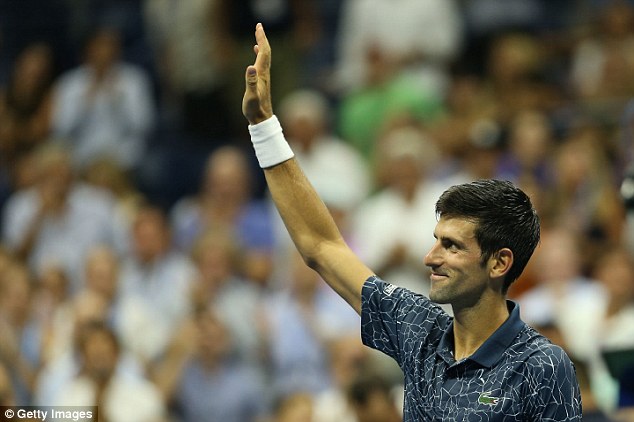 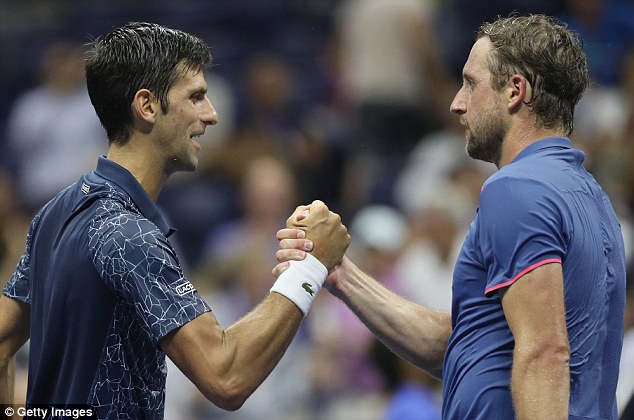 A sloppy tie-break from Djokovic coupled with inspired play from his opponent saw the American push the match into a fourth set, where the sixth seed regained his superiority to win 6-1 6-3 6-7 (2/7) 6-2.

Djokovic said: ‘Credit to Tennys for playing well, fighting, a great attitude on the court. I thought I played very well for the first two-and-a-half sets and then I just lost it mentally, I got p***** off at something, myself, my game, I don’t know.

‘I’m not happy with the way I lost that concentration and composure there but I managed to regroup in the fourth. I started talking to myself, to my team, to everyone else. But it’s in these kind of moments you learn lessons and hopefully I’ll move on a better player.’ 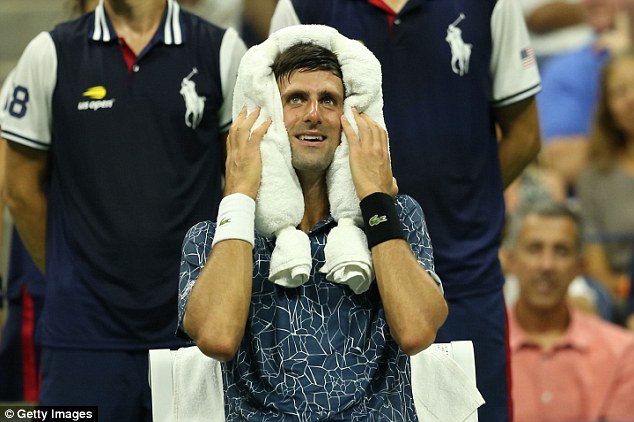 The American pushed the match into fourth set, where the sixth seed regained his superiority

Djokovic’s Wimbledon title appeared to show he had put the mental and physical struggles of the past couple of years behind him, but the 31-year-old admitted there is still work to do alongside coach Marian Vajda.

‘It’s a work in progress still,’ he said. ‘We are working daily on trying to perfect the game and put it together. But we both still feel that I have lots of room for improvement. That’s what’s exciting about this sport.’ 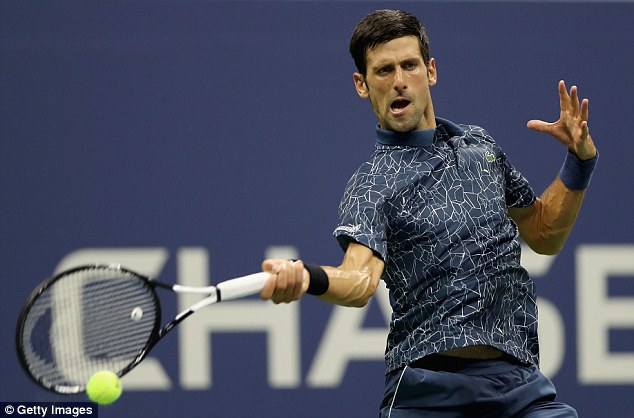