Former Russian spy Sergei Skripal is being treated by doctors amid fears he may never fully recover from the Novichok attack, reports claim.

Mr Skripal, 67, has reportedly suffered a deterioration in his health and is under close medical supervision at his home.

‘His health has got worse and he’s been receiving medical care at his home,’ a well-informed intelligence source told the Sunday Times.

‘No one has any idea of what will happen to him because there’s very little that’s known about the impact the nerve agent will have in the long run’.

Sergei Skripal (pictured with his daughter Yulia) has suffered a deterioration in his health and is under close medical supervision at his home, a well-informed intelligence source said

It comes as pranksters scaled Salisbury Cathedral to drape a huge Russian flag across its northern face on Saturday.

A large blue, white and red flag was pinned to the top of scaffolding erected on the Wiltshire landmark overnight.

Workmen were seen this morning removing it from its post as Salisbury’s MP John Glen condemned the action.

He said: ‘What a stupid stunt – mocking the serious events sadly experienced in Salisbury last year’.

Mr Skripal was poisoned in Salisbury last year alongside his daughter Yulia, 33, when he came into contact with the nerve agent Novichok.

The pair were rushed to Salisbury District Hospital in a critical condition – but were discharged in April and May.

Toxicology experts said there is no way of predicting the long-term effects of Novichok – but studies into other nerve agents have revealed issues with memory loss and muscle functionality.

Wayne Carter, an associate professor at Nottingham University, said: ‘The agent itself would essentially likely be metabolised and removed, but the fingerprints of its effect could be long standing.’ 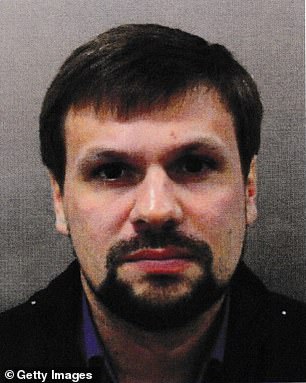 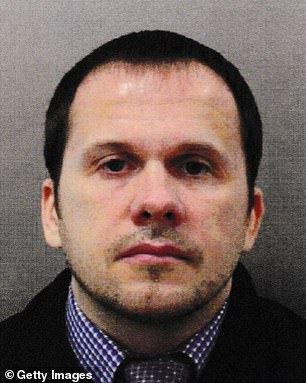 A source for Scotland Yard, who is familiar with the case, added that there is ‘no doubt’ Mr Skripal will be receiving medical care for ‘some time’.

Yulia, who appeared in a video interview after the attack, is said to be in good health.

Mr Skripal has not been seen in public since the failed assassination attempt.

His niece, Viktoria Skripal, claimed in January that British authorities may have covered up Mr Skripal’s death in an attempt to make Russia look bad.

But the Metropolitan Police confirmed at the time that her uncle is still alive.

The Novichok poisoning claimed the life of Dawn Sturgess, 44, who fell ill in Amesbury months after the incident. 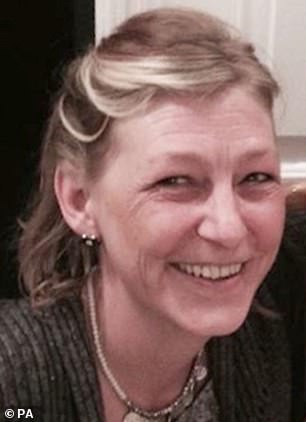 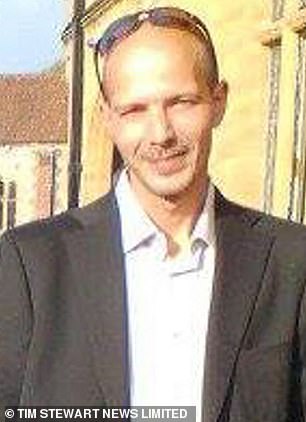 She died in hospital in July after coming into contact with a perfume bottle believed to have been used in the attack on the Skripals and then discarded.

Her partner, Charlie Rowley, 45, was also exposed to the same nerve agent but was treated and discharged.

A counterfeit Nina Ricci perfume bottle – which Ms Sturgess handled – is thought to have contained the substance.

Three Russian nationals have been linked to the assassination attempt on Mr Skripal and his daughter.

Evidence gathered by intelligence agencies led the Government to conclude that the three men were officers from the Russian military intelligence service, the GRU.

Two suspects – known by their aliases Alexander Petrov and Ruslan Boshirov – were caught on CCTV in Salisbury the day before the attack.

The Kremlin denies being behind the attack.