Now hear this! 20 brilliant shows that will transform your listening

Radio 3’s daily drivetime show finishes with the In Tune Mixtape (from 7pm), half an hour of uninterrupted classical music with the occasional selection from beyond the canon. So you get exploratory titles such as ‘Schoenberg meets Sufjan Stevens’ and ‘Stairway To Hell’, which sets out to find whether the devil has inspired the best tunes. If you think you don’t like classical music, this is a good place to meet your preconceptions.

Rob Cowan is the best straight music broadcaster in the UK, because he knows how to tell you something about the music without lapsing into the preachiness that all too often kills the simple enjoyment of music stone dead. Furthermore, he gives the impression that he’s brought the records in from home, such as John Williams’ music for Schindler’s List or violinist Hilary Hahn playing solo Bach, rather than simply dialling them up from the station’s computer.

Ageism aside, one benefit of having Lauren Laverne deputise for Kirsty Young is that it takes a presenter from a younger generation to convincingly enthuse about new generation castaways such as Gary Barlow and Tom Kerridge

The world’s longest-running live orchestral music radio programme continues to specialise in the kind of music that plenty of people like but very few people champion. Whether it’s Ed Balls fronting songs from the shows, Mark Kermode curating soundtrack classics or Shirley Ballas introducing music for dancing, this programme takes the live music experience up and down the country, proving week after week that the actual sound of a live orchestra can be a surprisingly bracing listen.

Mark Radcliffe is sidelined with illness at the moment, but in the meantime Stuart Maconie can be trusted to maintain the standard of knowledge lightly worn, studied self-effacement and a refreshing obsession with difficult music (‘The Third Ear band – like taking a Brillo pad to your mind’) with which they have long been associated.

Described as a series about ‘music with a powerful emotional impact’, Soul Music is the kind of simple premise that could go on for ever. In tying together the musicians’ story of how a song came to be created with the listeners’ story of how it came to help them through trying times, it proves that, whether you’re talking about Jerusalem or Shine On You Crazy Diamond, the minute music is released it takes on a life of its own.

At a time when the public discourse seems to have been hijacked by angry cab drivers who just want you to know how cross they are, it’s a relief that the bloke in the back of the cab is the emollient Mair, who interrupts as little as possible when callers are saying something worth hearing, but can slide in the stiletto so silently his victims are unaware until it is tickling their ribcage… ‘All presidents resent the press, but they don’t call them “the enemy of the people”, do they?’ ‘Well, I agree, that’s a little aggressive.’ (Quietly.) ‘A little?’

In almost every edition of Nolan’s late-night show there’s a moment when he quizzes somebody who argues, for instance, that a pain-free Brexit or an end to unconscious bias can be brought about through a few minor tweaks to the law. You can hear Nolan’s benign scepticism in his very breathing, even in the moments when he isn’t actually talking.

Those who find Danny Baker’s 5 Live Saturday morning show a little too peppy and metropolitan run instead into the arms of Skinner’s alternative, which is as charmingly downbeat as its presenter. He co-presents with comedians Emily Dean and Alun Cochrane, and the trio find the funny in the week’s news as well as their own lives.

Robinson’s achievement is that he understands that politicians are trying to do the right thing in a world that often prefers them to do the expedient thing. His in-depth conversations with the players does them the courtesy of allowing them to explain themselves and, more surprisingly, allowing them to be believed.

For the past year Baker has been selling tickets up and down the country on the basis of his ability to get on stage and talk about life, the universe and everything. Nobody else on British radio could claim to do that. The ‘sausage sandwich game’, in which two callers must predict the guests’ answers to three questions, the last being always which sauce they would have on their sausage sandwich, remains the game against which all other radio games are measured (and found wanting).

Ten years after her fictional dad was flung off the roof of Lower Loxley by scriptwriters looking for a ratings boost, Lily Pargetter is showing as The Archers’ most interesting character in years. Lily acts like she knows what she’s doing but really doesn’t, which makes her a far more plausible 19-year-old than most of the agricultural yuppies necking designer beers in The Bull and asking people to look over their business plans.

Ageism aside, one benefit of having Lauren Laverne deputise for Kirsty Young is that it takes a presenter from a younger generation to convincingly enthuse about new generation castaways such as Gary Barlow and Tom Kerridge. With some help from the podcast version of the show, this new combination is introducing Radio 4’s most venerable format to a new audience. 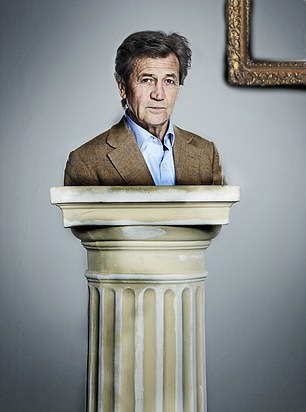 Forget university – the best education in Britain is actually available free on Thursday mornings as Melvyn Bragg prods three academics into explaining a massive subject like the Thirty Years’ War or circadian rhythms. It celebrated its 20th birthday in 2018. We should be deeply grateful that nobody has tried to improve it.

Like many people, I follow England’s Test Series without seeing a single ball bowled. Thanks to Jonathan Agnew and the TMS commentary team, I don’t miss the pictures at all. With Agnew playing the long-suffering headmaster, Michael Vaughan as the rather bumptious head boy, Phil Tufnell as artful dodger of the fourth form and Geoffrey Boycott as the overbearing chairman of the governors, TMS is hands-down the best school drama on the Corporation.

BBC R5Live, Saturdays at 11am

Requiring four smart alecks to be controversial about sport against the clock, with points being awarded by unfailingly chippy chairman Colin Murray, Fighting Talk is the ideal mix for pre-game listening on Saturday mornings. It also has more than its share of ‘Did I really just say that?’ moments. The best regulars are the relentlessly fierce John Rawling, the permanently excited Steve Bunce and the spookily well prepared Eleanor Oldroyd.

It ought not to be possible to fill two hours of radio with people just speculating about what might happen on any given Saturday afternoon. Every Friday night, presenter Darren Fletcher, former player Jermaine Jenas and a handful of less celebrated players prove once again that it can be done, that the game is a lot more technical than it was and that today’s players are consequently more articulate than their forerunners.

At present there is no better voice on British radio than Grace Dent’s. It has the compelling quality that ensures you listen to every last one of the human-interest stories she introduces, from an adult learning to ride a bike for the first time to a woman’s search for her missing partner, be they whimsical or harrowing. Her best of many great opening lines of the past year was, ‘We’re not here to see our own funerals, and that’s a shame.’ 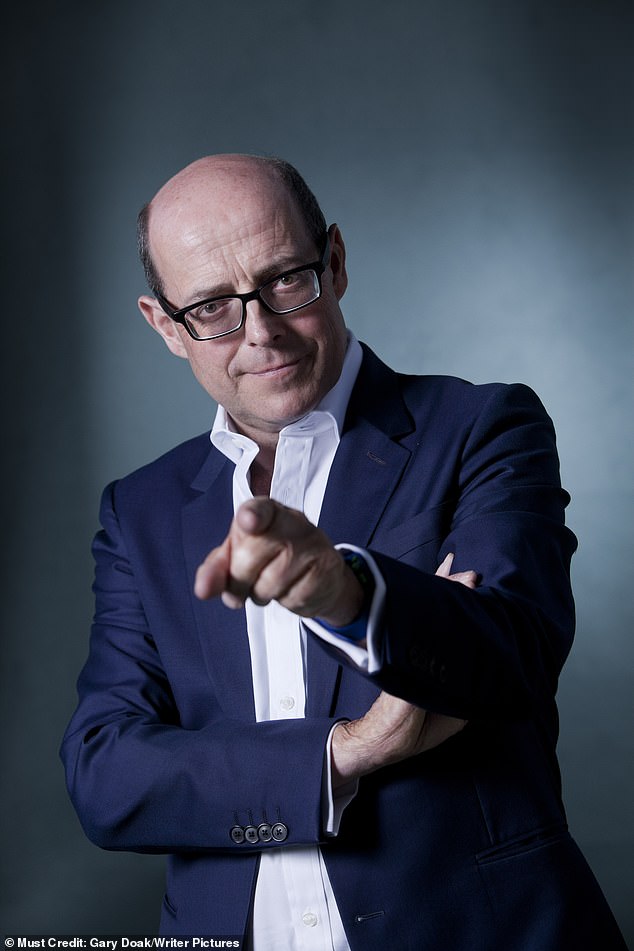 Mark Kermode and Simon Mayo are sharp enough to be able to do this round-up of what’s happening in the cinema off the top of their heads, but they have too much self-respect to do so. Kermode’s the only person licensed to use the adjective ‘meta’ on 5 Live, but he’s also not above confessing that he cried during the new Mary Poppins. Mayo has that rarest of radio skills: he listens to what’s being said and develops it into a conversation. Furthermore, because they’re in touch with a worldwide community of film nerds, their conversations begin rather than end with a film’s release.

Saturday Night At The Movies

Movies are the most productive source of new, non-rhythmic instrumental music. No wonder this delve into the world of John Williams, Thomas Newman and other soundtrack specialists, expertly hosted by Andrew Collins, is such an important part of the Classic FM mix.

An increasing amount of celebrity-fronted radio is ‘voice-tracked’ (or pre-recorded) but they don’t like to tell you about it. Tarbuck’s Saturday evening show on Radio 2, through which she connects with an audience whose worst nightmare is being asked actually to step out of their front door on Saturday night, is reassuringly loose. Also, with the odd Light Programme favourite flung in alongside the Stevie Wonder and Van Morrison, it helps cover Radio 2’s more conservative flank.