Now hear this! The products to stop you from missing out

One in six of us lives with some degree of hearing loss, and those figures are expected to rise.

Hearing loss can be age-related, or the result of damage to tiny hair cells in the ear from excessive noise, or a side-effect of treatments such as chemotherapy and certain antibiotics.

But there is now an array of products available claiming to prevent hearing loss, diagnose it at home and help sufferers live with it.

Pardon? One in six of us lives with some degree of hearing loss, experts warn

We asked Dr Adam Frosh, a consultant ear, nose and throat specialist at the Lister Hospital in Hertfordshire, to assess a selection of gadgets and treatments.

VOLUME BOOSTERS FOR TV AND LISTENING TO MUSIC

CLAIM: This device is small enough to fit in a pocket, or clip to clothes, and has a receiver inside it which transmits and amplifies sound from your TV, phone or music player to a pair of headphones. The user can then adjust the volume without those around them being affected. The base unit plugs into your TV, and the receiver works wirelessly for up to six hours at a time. 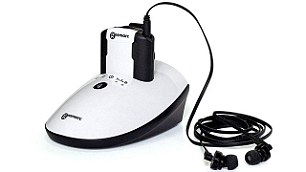 Practical: This clip-on device means the hard-of-hearing can follow what’s being said on the TV without disturbing those around them

VERDICT: This is a neat clip-on device that means the hard-of-hearing can follow what’s being said on the TV without disturbing those around them.

My concern is that it can go up to 125 decibels (louder than an ambulance siren), which is potentially damaging to the ears if used at that level for several hours. Long or repeated sounds above 85 decibels can cause hearing loss; the louder the sound, the shorter the time it takes for this to happen.5/10

CLAIM: These high-tech headphones can test hearing and automatically adjust the sound to suit each ear’s hearing capacity. A smartphone app, connected to the headphones via Bluetooth, guides the user through a hearing test where they slide a bar on the phone’s screen until they can barely hear notes of varying pitch and volume. 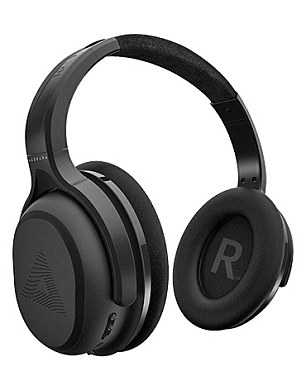 Smart sound: These tailor the output to match the user’s hearing level and set the amplification needed for each ear

A microchip in the headphones stores the results and automatically adjusts the volume and frequency in each ear every time something is played through the headphones. So if somebody has trouble hearing treble (high-pitched sounds), the headphones amplify these sounds specifically, rather than just turning up the overall volume.

VERDICT: These are a great idea and have a lot of potential. They tailor the output to match the user’s hearing level and set the amplification needed for each ear.

It’s plausible the headphones could accurately test what they say they’ll test as it’s very similar to technology audiologists already use. It means users are less likely to suffer noise over-exposure that could harm hearing, particularly from loud music.9/10 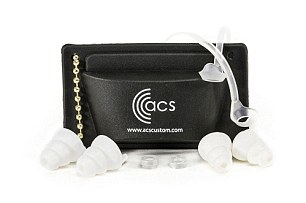 So-so: Good value, but they only reduce volume by 16 decibels, which is quite modest

CLAIM: These shell-shaped silicone ear plugs are designed to sit flush inside the ear. They aim to protect hearing in a noisy environment but still allow enough sound through for users to be able to hear music and chat to friends.

They’re also said to prevent occlusion — the sound of your own voice booming when you block your ears. This occurs when the outer portion of a person’s ear canal is blocked — so the sound of their voice reverberates. Because the plugs slot deep into the canal, they stop this sound bouncing around.

VERDICT: Commonly-used ear plugs tend to be small pieces of foam or silicone that sit in the ear and block most of the noise.

The ‘gold standard’ would be those used by musicians that have a special filter that’s set to the frequency they need to hear, though these can cost up to £500.

These ear plugs have a filter too which allows some sound to enter. They’re also cheap and would be fine for occasional exposure to loud noise, such as a concert. But they only reduce volume by 16 decibels, which is quite modest.

They will stop occlusion, but this is not a huge issue for most people — it doesn’t cause damage, it’s just irritating.7/10

APP TO CHECK YOUR HEARING

CLAIM: Users open the app and tap the screen which plays a sound. The user is asked to adjust the volume of this sound to a comfortable level. Next, the app plays background noise that starts to drown out the sound; the listener again adjusts the volume so they can still hear it. Based on this, the app assesses hearing and, if needed, recommends seeing an audiologist. It can also help book an appointment with a specialist at a Specsavers store.

VERDICT: Smartphone hearing apps certainly have a role to play in assessing hearing loss. However their accuracy might be limited as they won’t have the range of sounds and pitches that clinic-based audiology equipment might have.

Having said that, they can give clues as to whether there is a problem, and if the user needs to see an audiologist.6/10 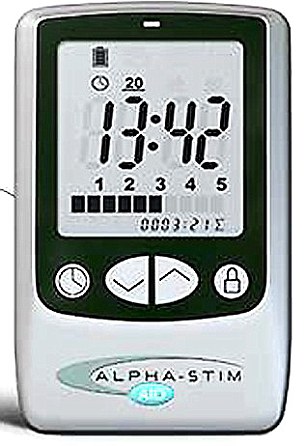 Unsure: There is very little evidence that this type of therapy, cranial electrotherapy stimulation, is effective for tinnitus

CLAIM: This handheld device attaches to two ear clips via leads. Once the clips are attached to each ear lobe and turned on, the device generates a tiny electric current that passes through the ears and into the brain where, according to the manufacturer, it ‘calms and relaxes’, relieving symptoms of tinnitus, the ringing in the ears that affects 5 million people.

The theory is that stimulation interrupts the faulty nerve impulses that cause the symptoms of tinnitus.

VERDICT: I have some issues with this. The website for Alpha-Stim AID also claims it can treat anxiety, depression, insomnia and pain.

There is very little good evidence that this type of therapy, known as cranial electrotherapy stimulation, is effective for tinnitus. This kind of stimulation could also potentially cause side-effects such as dizziness and nausea. 1/10 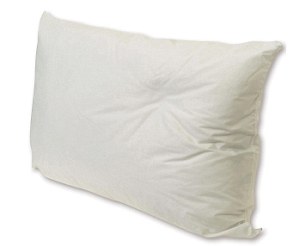 Relief: Listening to music all night is not ideal but patients find it better than tinnitus itself

CLAIM: This pillow has two internal speakers that can be connected by a lead to a smartphone or music player for tinnitus sufferers to listen to music constantly while they sleep. This is said to help mask the ringing in their ears.

VERDICT: Many tinnitus sufferers find their condition bothers them most when they are trying to get to sleep, as silence accentuates the ringing in their ears.

Devices such as this can therefore be very useful, and are more comfortable and practical than wearing headphones in bed.

For many people, music can mask tinnitus symptoms quite effectively and distract the brain — so helps sufferers drift off to sleep more easily. Listening to music all night is not ideal but patients find it much better than tinnitus itself.7/10 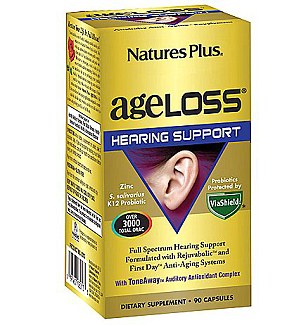 Wary: This is an unsubstantiated treatment with no research to back up its claims

CLAIM: Said to be the first dietary supplement to fight age-related hearing loss, these supply ‘precision antioxidants’ that neutralise harmful molecules, called free radicals, that ‘are responsible for age-related hearing problems’. The pills contain pine bark and rosemary extracts which the maker says have been shown to ‘support auditory health’.

VERDICT: This is an unsubstantiated treatment with no research to back up its claims.

Free radicals are implicated with health generally, but a huge amount of bad science surrounds dietary antioxidants — there’s nothing to support them being used to counteract age-related hearing loss. 0/10 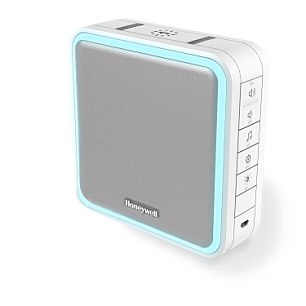 Recommend: Designed for the severely deaf, it’s not much bigger than a mobile phone

CLAIM: A wireless, portable door chime that produces a loud ringing sound and has a bright flashing light when somebody rings the bell. Designed for the severely deaf, it’s not much bigger than a mobile phone so can be carried in a pocket. It will flash and ring up to 200 metres from the front doorbell when it’s pressed.

VERDICT: These are very useful — I recently bought a similar one for my deaf, elderly father. They are really designed for those with advanced hearing loss rather than mild to moderate deafness.

If your hearing loss is mild, you should still be able to hear the doorbell when you’re in the house. 9/10