Now it’s Captain Tom the Movie: Clint Eastwood, Anthony Hopkins and Michael Caine are in the running to play hero, 100, who raised nearly £33m for NHS

Captain Tom Moore could see his life played out in cinemas soon as talks begin to make a film about his extraordinary past.

The newly-knighted fundraiser, 100, has been approached by several producers and studios about a potential movie after he raised nearly £33million for the NHS, the Sun on Sunday reported.

Those in the running to portray the national hero are said to include Hollywood stars Clint Eastwood, 90, Michael Caine, 87, Anthony Hopkins, 82, and Dick Van Dyke, 94.

The film would reportedly document Captain Tom’s impressive career in the military during the Second World War alongside his recent fundraising achievements. 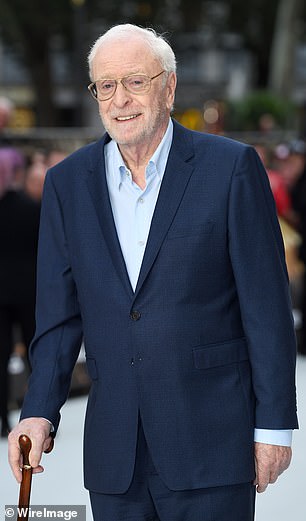 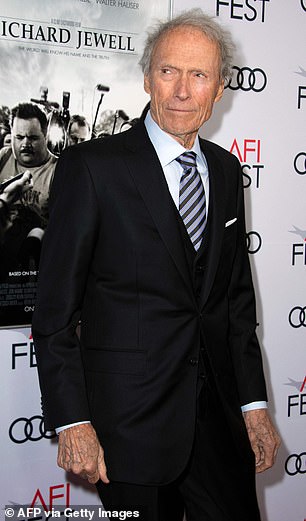 An insider said: ‘His story is the stuff of Hollywood movies. Not only are his recent exploits remarkable, but as a Second World War hero in India and Burma he has seen and done so much.

‘Nothing has been signed – the family are still overwhelmed with all the support.’

Captain Tom has also reportedly agreed to make a two-part documentary with ITV.

The source added: ‘The documentary has been agreed. These are exciting times.

‘He’s pinching himself about the opportunities he has.’

Captain Tom was presented with a knighthood by the Queen earlier this month after he raised £33million for NHS Charities amid the coronavirus lockdown.

He also became the oldest person in Britain to record a Number One hit when he performed a rendition of You’ll Never Walk Alone with Michael Ball. 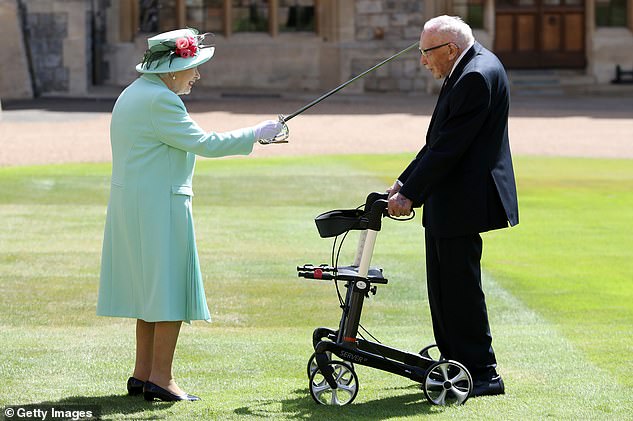 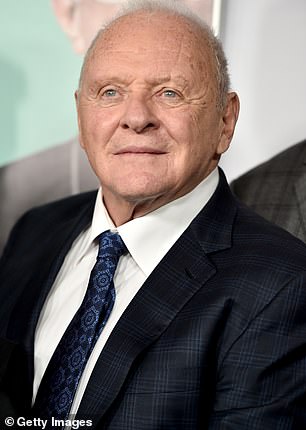 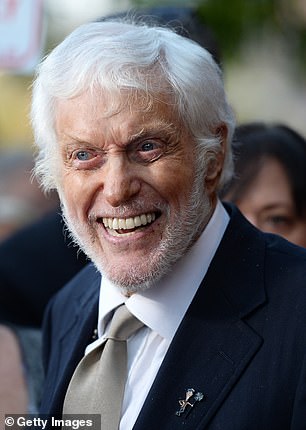 The veteran, who served in India and Burma, had set out to raise £1,000 by walking 100 laps of his garden in the village of Marston Moretaine in Bedfordshire before his 100th birthday on April 30.

But his efforts struck a chord with national feeling, and praise and donations flooded in, with Prime Minister Boris Johnson saying the veteran ‘provided us all with a beacon of light through the fog of coronavirus’ and recommended he be knighted.

Captain Tom was knighted on July 17 by the Queen, who arrived straight from the wedding of her granddaughter Princess Beatrice in an unprecedented personal ceremony.

The veteran said receiving the knighthood during the open-air ceremony had been a ‘marvellous day’. He added: ‘You never, ever could imagine what it was like to be so close to the Queen, who is an absolute dream of a person.’ 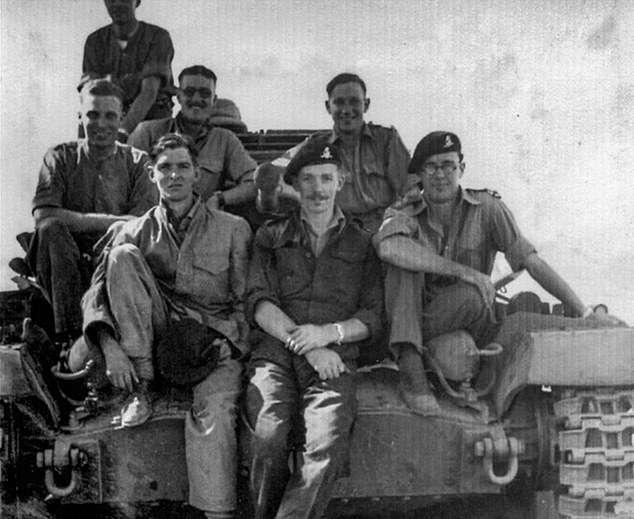 Captain Moore is pictured front centre during his days in the Army. He joined the Armed Forces in 1940 when he was aged 20

When asked what it meant for Her Majesty to make a rare public appearance outside during the coronavirus crisis, he said: ‘We really enjoyed ourselves thoroughly and to have that honour, really, that is something very special.’

He has said afterwards that despite his new title from Her Majesty, he would still like to be known as Captain Tom, rather than Sir Tom.

‘I’m still Captain Tom,’ he told BBC Breakfast. ‘I think that’s the easy one. People will be able to remember, so just straight forward Captain Tom, or if we get a bit closer, just Tom.’ 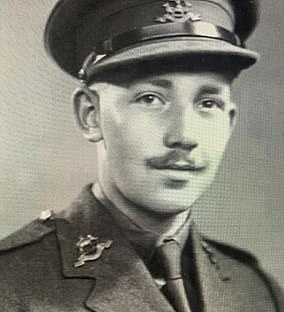