President Donald Trump accused Special Counsel Robert Mueller of ‘meddling’ in the congressional elections – a term the U.S. intelligence community has applied to Russia’s efforts to boost his own candidacy in 2016.

Trump leveled the charge in a Tuesday morning tweet where he labeled Mueller’s probe of Russian election interference a ‘rigged Russia Witch Hunt.’

‘The 13 Angry Democrats (plus people who worked 8 years for Obama) working on the rigged Russia Witch Hunt, will be MEDDLING with the mid-term elections, especially now that Republicans (stay tough!) are taking the lead in Polls. There was no Collusion, except by the Democrats!’ Trump wrote.

His tweet followed his lawyer Rudy Giuliani’s admission that he is engaging in a ‘public relations’ campaign in part because the American people are the ‘jury’ of any impeachment proceeding.

Democrats have a 4-point edge in the ‘generic’ ballot, down from a high of 13 points, according to a Real Clear Politics average.

Trump also went after Mueller’s team of investigators, which involves many registered Democrats, though Mueller himself is a Republican and FBI rules prohibit making assignments based on party affiliation.

‘Why aren’t the 13 Angry and heavily conflicted Democrats investigating the totally Crooked Campaign of totally Crooked Hillary Clinton. It’s a Rigged Witch Hunt, that’s why! Ask them if they enjoyed her after election celebration!’ Trump wrote. 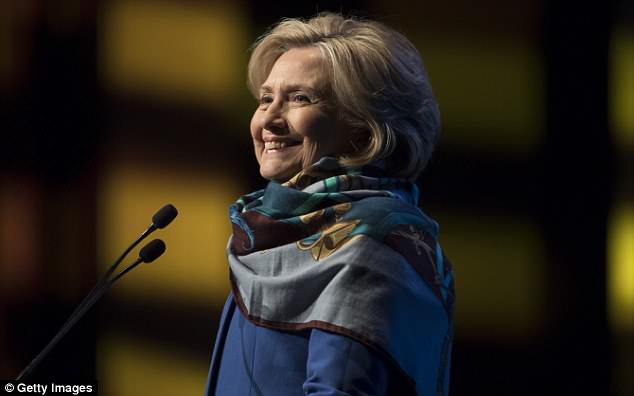 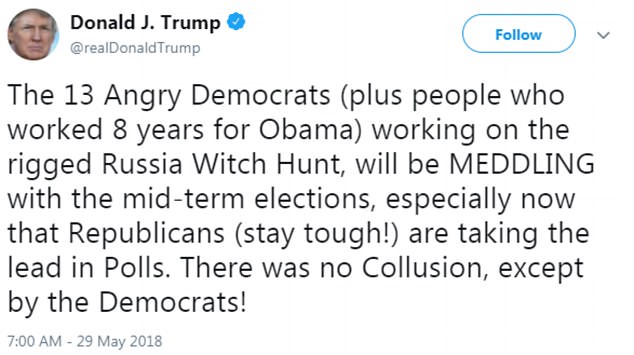 Trump said Robert Mueller’s investigators ‘will be MEDDLING’ in the elections, using a term used to describe Russian election interference 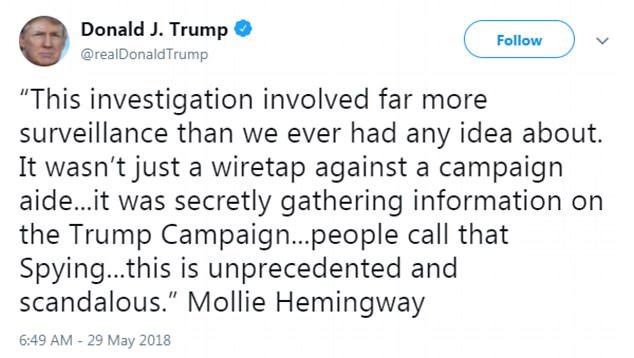 Trump quoted a conservative commentator regarding surveillance of his campaign 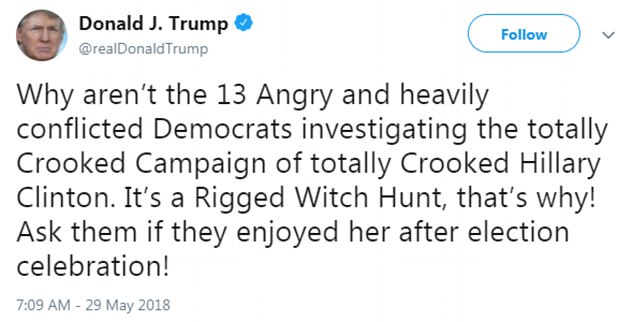 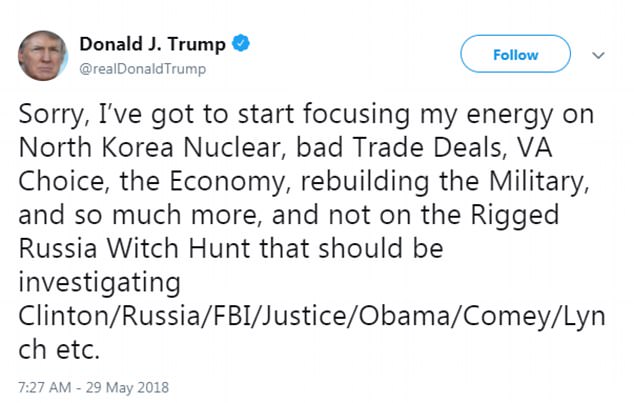 Trump tweeted a rare apology, and said he had to ‘start focusing’ on major national issues rather than the ‘Rigged Russia Witch Hunt’

Trump also tweeted a quote from conservative commentator Mollie Hemingway, who has blasted the Justice Department in her writings in the Federalist for leaks.

Her comment related to the FBI’s use of a confidential informant who made contacts with the Trump campaign.

“This investigation involved far more surveillance than we ever had any idea about. It wasn’t just a wiretap against a campaign aide…it was secretly gathering information on the Trump Campaign…people call that Spying…this is unprecedented and scandalous.” Mollie Hemingway’ Trump wrote.

After the series of Tweets, Trump wrote that he was ‘sorry’ and had to ‘start focusing’ on a slew of national challenges including North Korea, ‘bad Trade Deals,’ and ‘the Economy.’

‘Sorry, I’ve got to start focusing my energy on North Korea Nuclear, bad Trade Deals, VA Choice, the Economy, rebuilding the Military, and so much more, and not on the Rigged Russia Witch Hunt that should be investigating Clinton/Russia/FBI/Justice/Obama/Comey/Lynch etc,’ he wrote.