On Wednesday morning, it was magazine coverage that annoyed President Trump.

‘After reading the false reporting and even ferocious anger in some dying magazines it makes me wonder, WHY?’ he tweeted. ‘All I want to do is #MAGA!’

The president didn’t indicate if there was a particular periodical that riled him up, though some online speculated that he’d gotten his hands on the Vanity Fair that referred to his daughter, Ivanka, and her husband, Jared Kushner, as the ‘exiles of Pennsylvania Avenue.’

On Wednesday, President Trump complained about some of the critical coverage he’s received from magazines, though didn’t name a particular offender 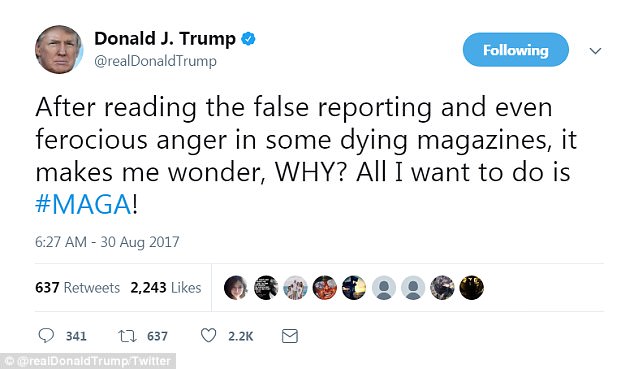 President Trump huffed and puffed over magazine coverage Wednesday morning calling them ‘dying’ and proclaiming, ‘All I want to do is #MAGA!’ 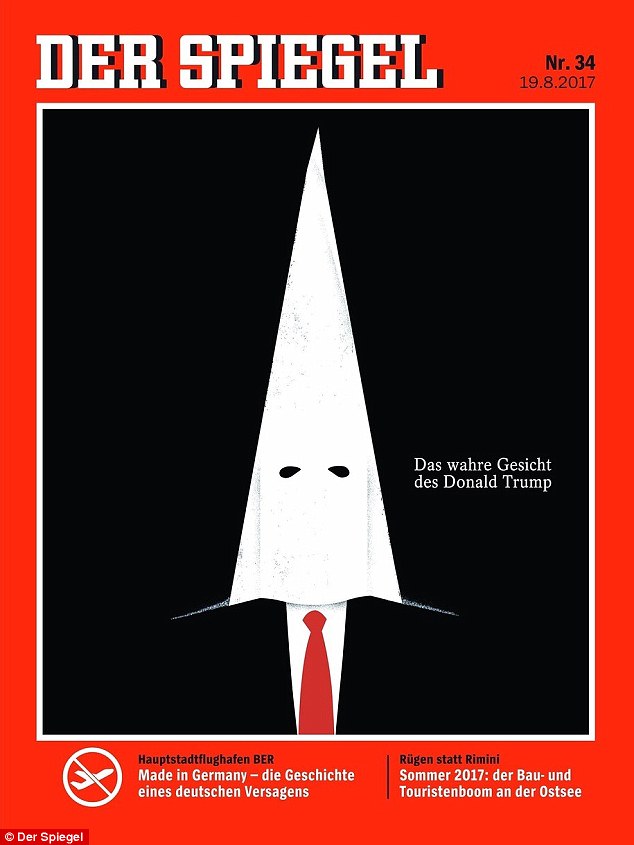 German magazine Der Spiegel’s condemnation of President Trump was the most glaring, as illustrators simply put a KKK hood over the American president’s face 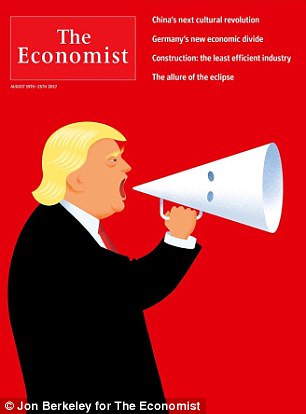 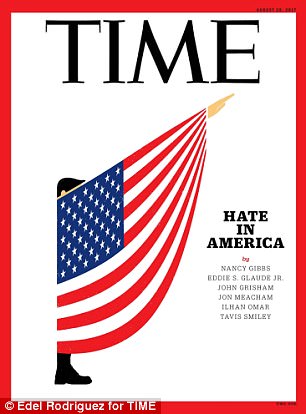 Magazines have not portrayed the president in a good light, with the Economist (left) panning his post-Charlottesville remarks using KKK imagery, and Time (right) using visuals that bring to mind the Nazis 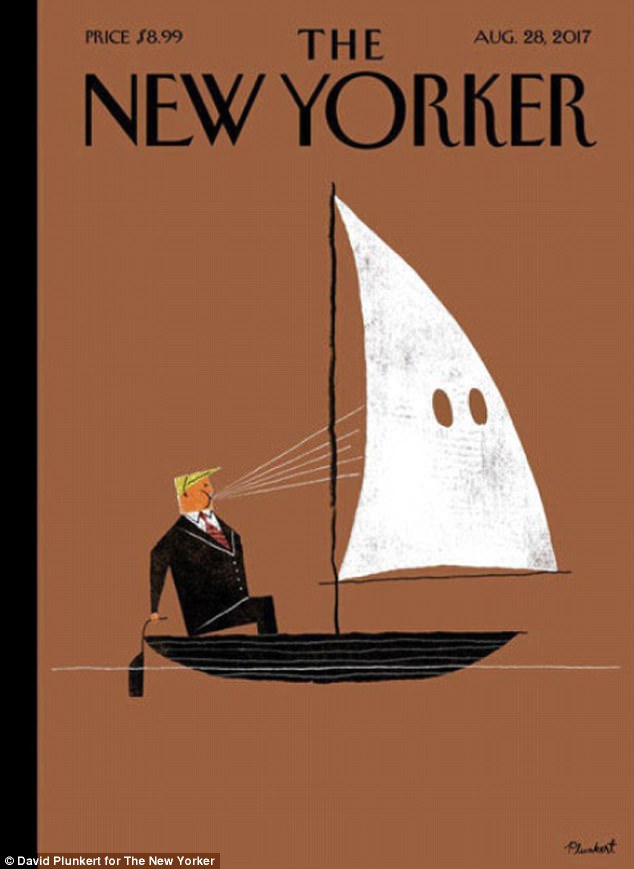 The article goes into detail about how the power couple has been rejected by Washington proper.

Then there were the quartet of KKK and neo-Nazi themed magazine covers that came out on the heels of the racist march and counter-protests that took place in Charlottesville, panning President Trump’s response.

There was the Economist’s, which depicted a cartooned Trump yelling out of a white bullhorn that resembled a KKK mask.

Time magazine showed a man giving a Nazi salute, his arm draped in the American flag, with the words ‘Hate in America,’ written in black.

And then the high-brow New Yorker skewered Trump with a cartoon called ‘blowhard.’

Trump was shown exhaling to power a sailboat, with a sail that, again, looked like a KKK hood.

Historically, Trump has relished being on the cover of magazines, especially Time.

So much, in fact, that a fake framed copy of a Time cover hung in at least five of Trump’s golf clubs, according to the Washington Post.

Time later asked the Trump Organization to take the fake covers down.

John Kelly, Trump’s chief of staff, has made it a mission to ensure that all the news that gets to Trump from print and online sources is vetted first.

So while Trump may hear about magazine articles from the cable news shows that he watches, Kelly would be the decider of what periodicals get in front of the president’s face.