The two leaders spoke on the phone Tuesday morning to discuss ongoing trade negotiations between Washington D.C. and Beijing – a topic they will pick up on in Osaka at the end of the month.

‘Had a very good telephone conversation with President Xi of China,’ the president wrote on Twitter. 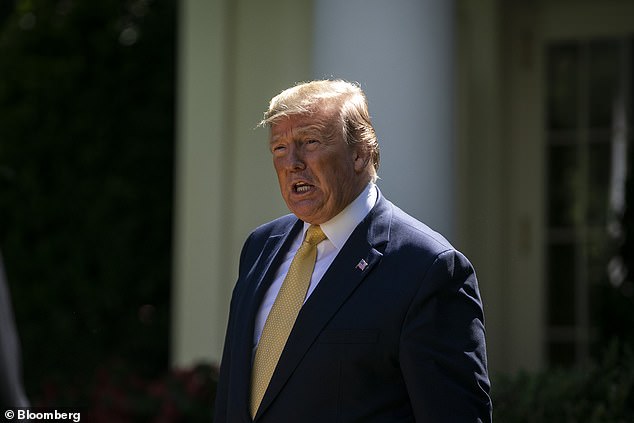 ‘We will be having an extended meeting next week at the G-20 in Japan. Our respective teams will begin talks prior to our meeting.’

On their call, the two men discussed ‘the importance of leveling the playing field for U.S. farmers, workers, and businesses through a fair and reciprocal economic relationship,’ according to a White House readout of the conversation.

‘It’s a good call. i guess you look at the rally, the stock market, i think the market says talk is better than no talk,’ White House economic adviser Larry Kudlow told reporters at the White House. ‘No guarantees.’

But he declined to specify what would exactly be on the agenda.

‘It’s really hard to say and I don’t want to speculate. The two leaders will talk.’

He added: ‘The fact that they’re meeting means they’re meeting. That’s all I can say. Kudlow rule: better to talk than not to talk, most of the time.’

Meanwhile, stock prices rose on Wall Street after Trump tweeted about his conversation.

Investors are watching for any kind of positive movement between the nations in their trade war. And Wall Street is praying Trump doesn’t go through on his threat expand his tariffs to $300 billion on goods from China. 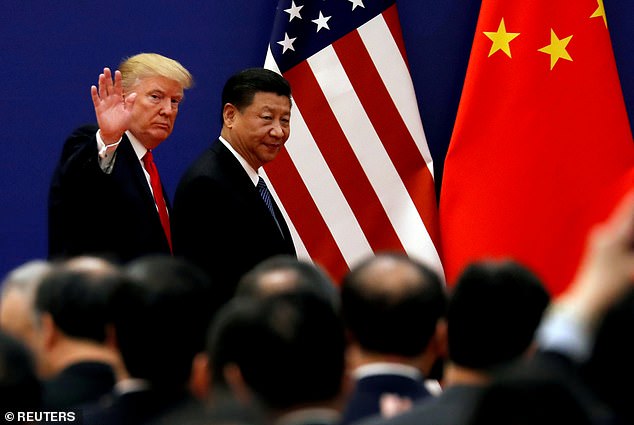 ‘As the two largest economies in the world, China and the United States should play a leading role in promoting positive outcomes of the Osaka Summit of the Group of Twenty and injecting confidence and vitality into the global market,’ it quoted Xi as saying.

‘I would like to meet with Mr. President during the Osaka Summit of the leaders of the Group of Twenty to exchange views on fundamental issues related to the development of Sino-US relations.’

Washington has already imposed 25 per cent tariffs on $250 billion of Chinese goods.

In response, China raised tariffs on $60 billion worth of U.S. goods.

Talks between the two countries broke down last month but hopes were high Trump and Xi would talk when both are in Japan.