Now Wearside Jack has gone to the grave, there’s still one enduring mystery – why DID he do it?

To those who knew his true identity he was just a pathetic petty criminal. He didn’t spill a drop of anyone’s blood, and was too much of a coward to attack people unless he was rolling drunk, when his wife was usually the target of his temper.

Yet John Humble, who was revealed this week to have died aged 63, from ‘chronic alcohol abuse’, will be forever remembered as one of the most wicked criminals of modern times.

For in playing a chilling and utterly gratuitous hoax on the police, he was indirectly responsible for the murder of three women and life-threatening assaults on at least two others. Furthermore, he brought a shameful end to the careers of several senior detectives and trashed the reputation of their force.

Few people who heard Humble’s chilling voice, as he taunted George Oldfield, the head of West Yorkshire Police’s CID division, have forgotten it.

Indeed, to the millions who listened as it was played on a news bulletins, at the height of the Yorkshire Ripper’s murderous reign in the summer of 1979, it was the personification of pure evil.

John Humble is photographed in Sunderland in 2016. It was revealed this week that he died at the age of 63

‘I’m Jack,’ the speaker intoned, his gruff North-East accent made eerier by the whirring spool of the tape machine on which he had recorded his sickening message.

‘I see you are having no luck in catching me. I have the greatest respect for you, George, but Lord you are no nearer catching me now than four years ago, when I started.

‘I reckon your boys are letting you down, George. Ya can’t be much good, can ya?’

He warned he would strike again, and would murder so many women that he would claim a place in the Guinness Book of Records.

The man ‘Jack’ was taunting, Assistant Chief Constable George Oldfield, had been desperately trying to trap the Ripper for four years. 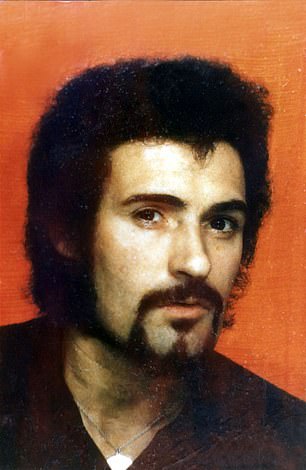 And after delivering his mocking two-minute message — in which he alluded to some of the Ripper murders in seemingly intimate detail — he signed off with a jaunty pop song by Andrew Gold, called Thank You For Being A Friend.

The recording, following three similarly audacious letters sent by the same faceless man to the police and a national newspaper, transformed what had become the biggest manhunt in British criminal history. Until they arrived, the Ripper Squad had been convinced they were looking for a maniac living close to the Pennines, in and around which the gruesome serial murders of at least ten young women had been committed.

But as the letters and envelope containing the tape were postmarked Sunderland, and voice experts were able to pinpoint ‘Jack’s’ accent to a particular area of the city, Oldfield became convinced the killer was from Wearside.

This opinion was cemented when forensic scientists discovered the man who had licked the stamps and sealed the letters was from the type B blood-group. He was also a so-called ‘secretor’ — a man whose blood group can be identified by traces in his semen and saliva.

Only six per cent of males are ‘B secretors’, and among them was the killer of a Preston prostitute named Joan Harrison, who was then thought — mistakenly it transpired — to have been one of the Ripper’s victims.

Thus, despite being warned by some senior colleagues that the messages might be bogus, Oldfield ordered his men to stop looking for a Yorkshireman and redirected all the squad’s manpower towards finding the man the media dubbed ‘Wearside Jack’. 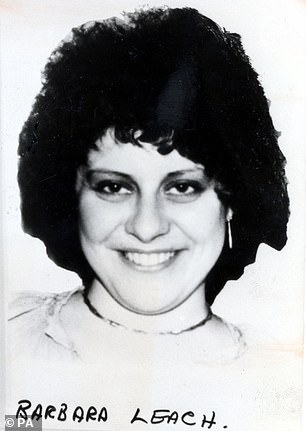 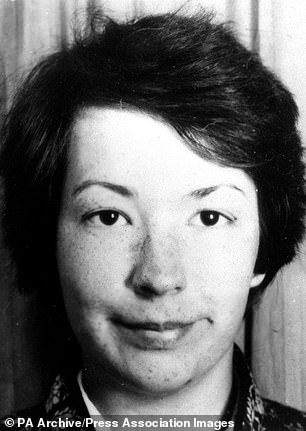 Some say the Ripper’s last three victims would have been saved if not for Humble’s hoax. Barbara Leach, 20 (left), from Bradford, one of the victims of Peter Sutcliffe, the Yorkshire Ripper. Jacqueline Hill (right), the 13th and last known victim of the Yorkshire Ripper

Then, in June 1979, when the national outcry over his failure to trap the Ripper had become so feverish the matter was being raised in Parliament, the CID chief took the decision to make the humiliating recording public.

Not only was it played on TV and radio news, but more than a million pounds of taxpayer’s money — then a colossal sum — was spent on a national advertising campaign, urging people to look and listen out for a suspicious family member, friend or neighbour with a thick Sunderland brogue.

‘Before [receiving the tape] we know we were looking for a man. There are literally millions, and we didn’t know where he came from, but now we can localise the area. The field is narrowed appreciably, as I’m sure you’ll agree,’ Oldfield told a packed press conference.

Challenging ‘Jack’ to reveal his identity and meet him — any time, anywhere — the ailing police chief, by then working 16-hour days, fuelled largely by cigarettes and whisky, even admitted that the hunt had become a personal

It was a calamitous error. One that would cost at least three more women their lives. 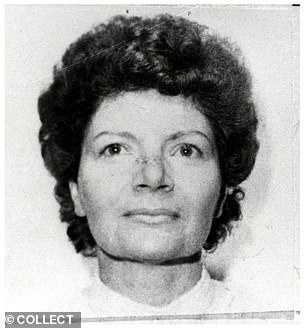 Marguerite Walls, civil servant who was the 12th murder victim of Peter Sutcliffe

For, of course, the sneering voice on that unforgettable recording was not that of the real Yorkshire Ripper, Bradford-based lorry driver Peter Sutcliffe.

It belonged to Humble, who had been arrested for burglary at 17, and sent to a young offender’s institution two years later for kicking an off-duty police officer, and thereafter held a lifelong grudge against the police. He was then just 23 years old.

At the time, the net was finally beginning to close on Sutcliffe, who had begun by bludgeoning and mutilating prostitutes, against whom he held a grievance, but later targeted any young woman who crossed his path when he was gripped by the urge to kill.

Indeed, he had already been questioned by police several times, and, since his alibis were thin and his cars had repeatedly been spotted trawling red light areas, it was surely only a matter of time before he was trapped.

But Sutcliffe spoke with a broad Bradford accent and the tape seemed to exonerate him.

By the time he was arrested, in January, 1981, by two Sheffield police officers who stumbled upon his parked car as he was about to claim his next victim (an unwitting sex-worker he had picked up), the damage had been done.

Were it not for the fact that police were on a wild goose chase for ‘Wearside Jack’, avers investigative journalist Michael Bilton, author of Wicked Beyond Belief, the definitive book on the bungled Ripper investigation, all of these women might be alive today.

Certainly Beryl Leach, the mother of Barbara, was forever convinced that Humble had her daughter’s ‘blood on his hands’.

So was Mr Justice Boreham, the judge who presided over Sutcliffe’s Old Bailey trial in 1981. Handing down 13 life sentences, the judge made special mention of the anonymous man who had thrown police off the trail, remarking that ‘the scent was falsified by a cynical, I think almost inhuman hoaxer’, who then remained at large. He added: ‘I refer to the tape…and the letters. I suspect I also express the hope of every member of the public that he might someday be exposed.’

Humble, an ex-labourer from Sunderland who had led a wretched existence, was to evade capture for 26 years.

He was identified in 2005, after the new head of West Yorkshire CID Chris Gregg — who had been a junior officer on the Ripper Squad — ordered a cold-case review of the unsolved hoax inquiry, not least because he wished to remove the stain it had placed on the force.

Incredibly, the original letters and tape had been lost among hundreds of thousands of documents and exhibits gathered by the Ripper Squad. But eventually one of the envelopes was found and a saliva sample obtained. Advanced DNA testing techniques showed a one-in-a-billion match with samples provided by Humble, whose profile had by then been logged in the national police data base for minor offences.

When he was jailed for just eight years for perverting the course of justice, many believed he had got off lightly. Humble was released in 2009 after serving half his sentence and given a new identity — John Samuel Anderson.

He moved to a squalid flat in South Shields, where few people had any idea he was the Ripper hoaxer. According to a friend, he lived out his days drinking himself into oblivion on cheap wine and strong lager to try to forget the terrible consequences of his crime.

Aside from his loathing for ‘curserered coppers’, as he termed them in his strange diction, he was known to have had a fascination with the story of the 19th-century Jack the Ripper, who also sent taunting letters to the police.

He even studied the Victorian Ripper’s language and attempted to copy it in his own, appallingly written and misspelt letters.

He had also followed the Yorkshire Ripper case closely, and a pathetic desire for vicarious notoriety appears to have been a contributory factors. However, after Barbara Leach was murdered, Humble was apparently stricken with remorse, and phoned the police anonymously to reveal he was a hoaxer — but he was not believed by the top brass, and by then it was too late.

Later, Humble tried to commit suicide three times, once by leaping 90ft into a river from a bridge. Ironically he was rescued . . . by the very police officers he despised.

The sad truth is Oldfield — who had been put out to grass before the Ripper was caught, and died soon after his career came to its ignominious end — ought never

have been taken in by Humble’s wickedness. A check of newspaper clippings would have told him some of the apparently secret details in the letters had been reported. For example, he alluded to medical treatment the Ripper’s ninth victim, Vera Millward, had shortly before he pounced on her outside a Manchester hospital.

Oldfield felt sure this fact could only have been divulged from Millward to her killer — forgetting it had been disclosed to the press, by the police themselves and her common-law husband.

Just a few months after the tape was revealed, however, Detective Inspector David Zackrisson who was based in Sunderland, produced a bombshell nine-page report on the letters and tape. He pinpointed errors in the sender’s arithmetic concerning the number of murders he claimed to have committed. Wearside Jack had omitted one of the attacks.

Analysts from the FBI and dialect experts, as well as women who survived attacks by the Ripper, and remembered his high-pitched Bradford accent, would add their voices to those who doubted the authenticity of the tapes.

On being arrested, at his council semi in Sunderland, in 2005, Humble was so drunk he could not be interviewed.

He finally told police: ‘I don’t know why I done it. I must have been daft. I regret it, like. Especially them lasses who’ve died . . . the coppers were useless. I thought I was doing them a favour because is intensified the hunt then, didn’t it?’

He said later: ‘The case was getting on my nerves. It was on the bloody telly all the time. I shouldn’t have done it. I know that — because it’s evil.’

Nobody who remembers the haunting voice on that tape — and certainly not the families of the three women murdered after he made his intervention — would disagree with Wearside Jack’s pitiful, self-condemnatory assertion.