A ‘non-binary’ talking house and fans of princesses ‘identifying as male’ are among the ‘woke’ casting requests now being sent out in Hollywood.

In a move that is confusing many of Tinseltown’s biggest talent agents, the language used in daily ‘breakdowns’ – private notices sent to managers and casting agents to alert them of forthcoming roles – has transformed.

The breakdowns have traditionally included a brief description of the film or TV show and the roles that studios are seeking to fill, such as ‘male, 30s, police officer’ or ‘woman, 20s, sexy mum’.

The film is about a child – ‘Kid’, played by FKA twigs (above)– who sparks human emotions in a property controlled by artificial intelligence

But in recent weeks, following Black Lives Matter protests and calls for the movie industry to become more diverse, they have, according to one top agent, become ‘increasingly woke and bizarre’.

Producers of Our Own Devices, a £10 million film starring British singer FKA twigs, are seeking someone to play the voice of the ‘House’.

The film is about a child – ‘Kid’, played by FKA twigs – who sparks human emotions in a property controlled by artificial intelligence. But the casting sheet, sent out last week, reads: ‘House: Identifies as Female/Trans/Non-Binary/Gender Neutral. Voice only. Open ethnicity. Please submit star names only.’

Another casting call issued last week for a series about ‘Fans of Princesses (the exact title has yet to be decided)’ requests ‘male princess fans, 8 to 10 years old. Diversity is strongly encouraged, including, but not limited to, members of the PWD (Persons With Disabilities) community.’

An agent, who has spent 30 years working in Los Angeles and represents several A-list stars, said: ‘The breakdowns are like the ‘bible’ in Hollywood. Every agent and manager in town signs up for them.

‘The studios email upcoming projects and you put your best talent forward.

‘The breakdowns have become ridiculously woke and politically correct. They can’t even say they are looking for men or women any more, it’s all ‘person identifying as woman’, or ‘character identifying as male’. Most of the calls are seeking people of colour. The buzzword is BIPOC. (Black Indigenous People Of Colour). It’s not worth putting up my white actors and actresses because they won’t get the part.’

The Mail on Sunday last week sparked an international debate by revealing Hollywood is now so intent on being seen to be diverse that studios are openly refusing to hire white actors, writers and directors. 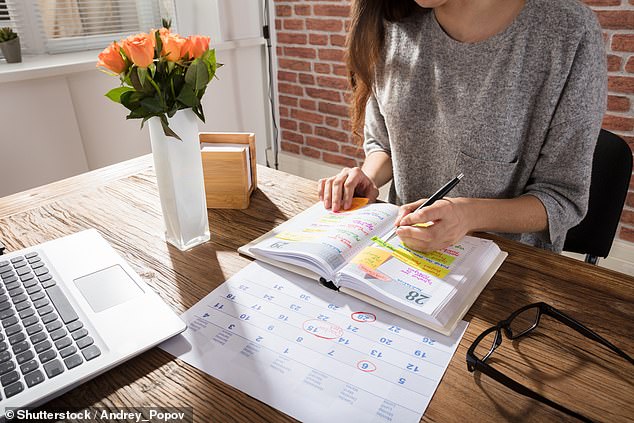 In a move that is confusing many of Tinseltown’s biggest talent agents, the language used in daily ‘breakdowns’ – private notices sent to managers and casting agents to alert them of forthcoming roles – has transformed [File photo]

Media outlets, including the NBC news channel and Australian TV, followed the story and dozens of messages from actors, including several household names, contacted this newspaper to confirm that ‘reverse racism’ is being used.

One star, who like his peers asked not to be named, praised The Mail on Sunday for ‘having the courage to say what is really happening behind the scenes’.

Another actor, who was up for a leading role, said: ‘I was told I was perfect for the part but I wouldn’t get it because the casting director had been told to only hire people of colour. Unless you are black, female and preferably gay or gender fluid, it’s impossible to find work.

‘No one is saying Hollywood doesn’t need to be more diverse, it does, but surely jobs should be assigned on talent?’