NPR editor ‘kissed two women on the lips without consent’

Michael Oreskes, NPR’s senior vice president of news, is being investigated by his bosses after two female journalists claimed that he stuck his tongue in their mouths

A senior journalist at National Public Radio is being accused of sexual harassment by two women, it was reported on Tuesday.

Michael Oreskes, NPR’s senior vice president of news, is being investigated by his bosses after two female journalists claimed that he kissed them and stuck his tongue in their mouths without consent.

The alleged incidents occurred in the late 1990s when Oreskes worked as the Washington bureau chief for The New York Times, according to The Washington Post.

The two women spoke to the Post on condition of anonymity so as not to damage future employment prospects.

According to the women, they approached Oreskes about possibly working at the Times.

They say that he was eager to help them land a job, though he allegedly used meetings about career advice as a pretext to make unwanted sexual advances.

One of the women said that she was in her late 20s at the time of their encounter, which she says left her confidence shattered.

She said she arrived in Washington from a small town out West.

‘When I first went to see him it was after screwing up my nerve to try to be bold and maneuver myself into a better job, and after what happened with him, I never really tried that again,’ she said.

She said the meeting with Oreskes took place at the Times’ offices in downtown Washington, DC.

After the meeting, Oreskes took out a personal ad in the Washington City Paper addressed to her.

‘Saw you at the Army-Navy Building. Loved hearing your life story and your ideas. Hope you get this message. Let me know.’

The woman says that a week later she received an email from Oreskes asking her why she didn’t respond to the ad.

She replied that she didn’t see it and needed to look for it.

‘What was especially creepy about it was that he put it in the wrong place in the paper,’ she said.

The ad was placed in the ‘Adult Services’ section of the newspaper, which features ads for call girls. 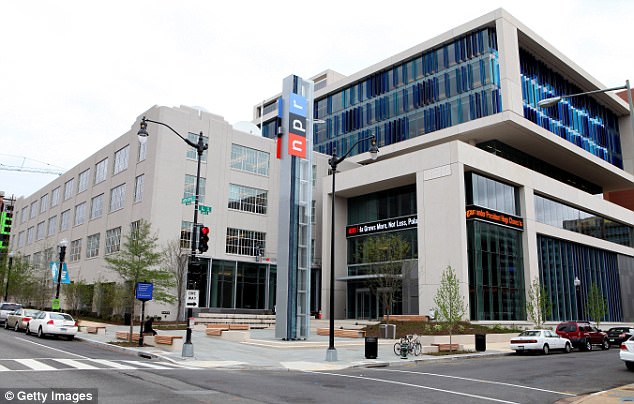 Oreskes has worked at NPR since 2015 after stints as a senior editor at The New York Times and the Associated Press. The stock image above shows NPR World Headquarters in Washington, DC

Oreskes then invited her to lunch inside a room at the Watergate Hotel. The lunch was to be catered by room service.

The woman declined the offer.

Despite the awkward requests, the woman still kept in touch with Oreskes in hopes of furthering her career.

When the woman told Oreskes that she was traveling to New York for a job interview at a local newspaper, he told her to book the same flight he had planned to take that day.

After landing in New York, they shared a taxi cab into the city.

Just before the end of their cab ride, Oreskes allegedly leaned against her, kissed her, and stuck his tongue into her mouth.

‘The worst part of my whole encounter with Oreskes wasn’t the weird offers of room service lunch or the tongue kiss but the fact that he utterly destroyed my ambition,’ she said.

The second woman interviewed by the Post made similar allegations against Oreskes.

The woman was working in television at the time and had booked Oreskes to appear on a show she was producing.

After the show, the woman mentioned to Oreskes that she was interested in returning to print journalism.

Oreskes then offered to review her published work. She accepted the offer, and the two set a time to meet at a local restaurant.

At the last minute, he called her to say he was running late because of a trip he planned to take later that day.

So he suggested that the meeting be moved to his apartment. She agreed. 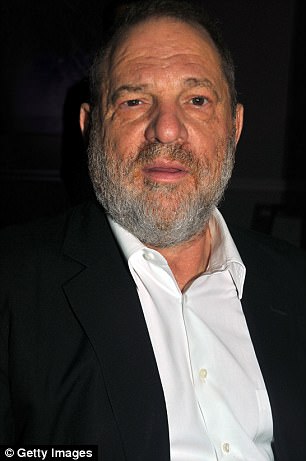 The encounter in his apartment went off without incident, though she did say she felt uncomfortable when he put his hand in the small of her back as he was showing her around.

She then offered to drive him to Reagan National Airport for his flight.

Just before dropping him off at the curb, Oreskes said goodbye. She alleges that he then leaned in and kissed her without consent.

‘I was frozen,’ she recalled.

‘I was shocked. I thought, “What just happened?”’

She said she drove 100 feet, pulled over, and then called her boyfriend to tell her about the incident.

Soon afterward, she said she received a voicemail message from Oreskes.

He told her how much he enjoyed meeting her and that he was looking forward to seeing her again.

Two months later, she booked Oreskes on her TV show again. The two then went to lunch at a restaurant in Union Station, a bustling hub of Washington, DC.

‘I looked him in the eye and I said: “You kissed me, and it was totally inappropriate. That’s not the way I want to get ahead in this business.”

‘His jaw dropped. He said: “I was overcome with passion. I couldn’t help myself”.’

Both women said that they never complained because they feared doing so would harm their chances of one day working for the Times.

They said that the recent scandal involving film mogul Harvey Weinstein, who has been accused of either rape or sexual harassment by over three dozen women, inspired them to come forward.

‘The idea that he’s in charge of that coverage is just so hypocritical to me,’ one woman said. 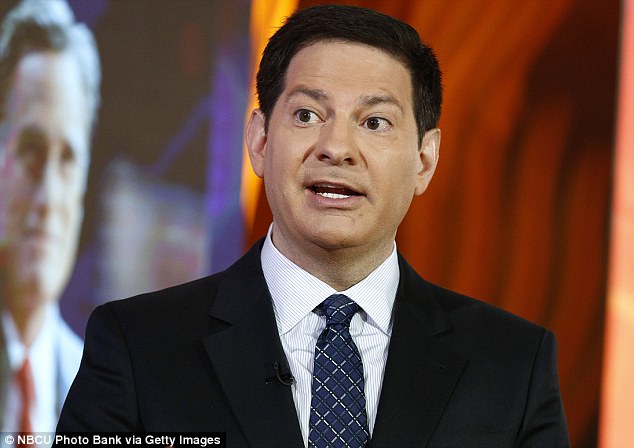 The Weinstein scandal has also led to allegations against prominent names in the world of political journalism. NBC News said Monday it has terminated its contract with Mark Halperin, the political journalist who was accused of sexual harassment by several women when he worked at ABC News more than a decade ago

‘It’s sickening. I want to say: “You owe me . . . a public apology. You should recuse yourself [from NPR stories involving harassment claims].”

The Post also spoke to two former co-workers of Oreskes who confirmed that he engaged in ‘pestering’ behavior toward a female colleague in the Times’ Washington bureau.

‘It made [the woman] really nervous,’ one editor said.

‘There was excessive phone calling [by him to her] and messages that he wanted to meet her outside the office.’

Jill Abramson, who was Oreskes’ deputy at the time, confirmed the allegations.

Abramson would go on to become editor-in-chief at the Times, though she told the Post she regretted not confronting Oreskes about his behavior.

‘If I had to do it again, I would have told him to knock it off,’ said Abramson.

‘I think I should have raised this with [the Times’ human resources department]. . . . Maybe confronting him would have somehow stopped him from doing it to another woman.’

The two women filed a complaint with NPR.

One of the women said she thought she saw Oreskes at her local gym a few months ago.

‘I just about had a heart attack,’ she said.

‘I fled the building feeling sick. I’m not sure I would want to talk to him long enough for him to apologize even if he wanted to.’

When asked to comment on the complaints, NPR told the Post: ‘We take these kinds of allegations very seriously.

‘If a concern is raised, we review the matter promptly and take appropriate steps as warranted to assure a safe, comfortable and productive work environment.

Oreskes has worked at NPR since 2015 after stints as a senior editor at the Times and the Associated Press.

The Weinstein scandal has also led to allegations against prominent names in the world of political journalism.

NBC News said Monday it has terminated its contract with Mark Halperin, the political journalist who was accused of sexual harassment by several women when he worked at ABC News more than a decade ago. 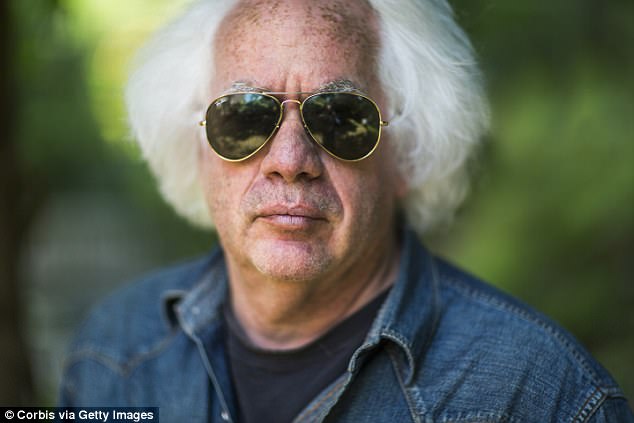 Last week, The Atlantic magazine removed contributing editor Leon Wieseltier (above) from its masthead after allegations emerged that Wieseltier harassed numerous women during his years with The New Republic

Since the charges came to light last week, publisher Penguin Press canceled a planned book by Halperin and John Heilemann about the 2016 election and HBO pulled the plug on a miniseries that would have been based on the book.

Showtime also said Halperin would not be brought back with co-hosts Heilemann and Mark McKinnon should the political series “The Circus” be renewed.

Last week, The Atlantic magazine removed contributing editor Leon Wieseltier from its masthead after allegations emerged that Wieseltier harassed numerous women during his years with The New Republic.

In a staff memo issued Friday, and shared with The Associated Press, Atlantic Editor in Chief Jeffrey Goldberg wrote that the magazine has ‘zero tolerance’ for workplace harassment.

Wieseltier, literary editor of The New Republic from 1983-2014, has been accused by former colleagues of unwanted advances, abusive language and other forms of inappropriate behavior. He has apologized and vowed not to ‘waste this reckoning.’