NRA’s spokeswoman who was booed out of Town Hall

The NRA spokeswoman who was booed out of a Town Hall on Wednesday night by the angry survivors of the Parkland school shooting is a former mommy blogger with a biblical tattoo on her arm and a background in right wing journalism who opposed Trump then swiftly got behind him after he won the election.

Dana Loesch, 39, appeared at the CNN-arranged meeting in Sunrise, Florida, on Wednesday night on behalf of the association to face tough questions from students.

To the youngsters’ outrage, she ignored their pleas to outlaw assault rifles and bump stocks and instead focused her arguments on enforcing background checks at a federal level to ensure that only sane, stable people can buy the weapons.

‘I don’t believe this insane monster should have ever been able to obtain a firearm.  Ever. I do not think that he should have gotten his hands on any kind of weapon.

‘This individual was nuts. And I, nor the millions of people that I represent, none of us support people who are crazy who are a danger to themselves, to others, getting their hands on a firearm.

‘I don’t want anyone to ever be in this position again,’ she said.

Loesch’s appearance agitated the crowd. When she criticized CNN, the arena audience booed enthusiastically and she received the same disdain as she left the stage surrounded by an entourage.

Loesch, who is from Missouri but lives in Dallas, Texas, was hired by the NRA to be its national spokeswoman in February 2017. Until then, its executive vice president Wayne LaPierre had been its most recognizable face.

Dana Loesch, the NRA spokeswoman who appeared at a Town Hall in Sunrise, Florida, on Wednesday night to discuss gun reform. She was booed out afterwards

Before that, she enjoyed a colorful career in right-wing journalism and punditry and years earlier, penned Mamalogues, a mommy blog where she wrote in a decidedly more liberal tone.

In one entry from 2004, she described being taught by ‘the finest minds of the liberal variety’.

Later posts included references to her sons Ewan and Luke and how she and her husband Chris wanted to raise them.

She described her family as ‘Jesus Freaks’ and proudly shared photographs of her Ephesians arm tattoo which refers to the bible verse which reads in part: ‘Put on the full armor of God, so that you can take your stand against the devil’s schemes.’

In 2011, Loesche shut down the website as her public profile grew. 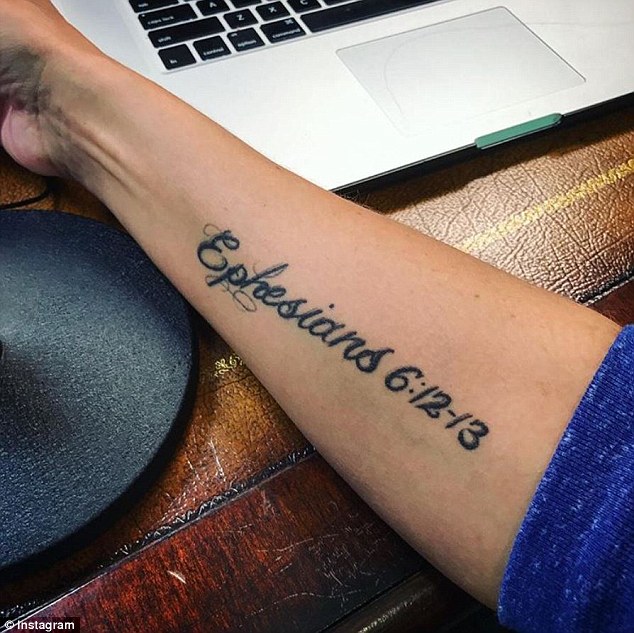 A self-professed ‘Jesus Freak’, Loesch has a tattoo on her forearm which references Ephesians 6:12-13, a bible verse which says references the ‘full armor of God’ 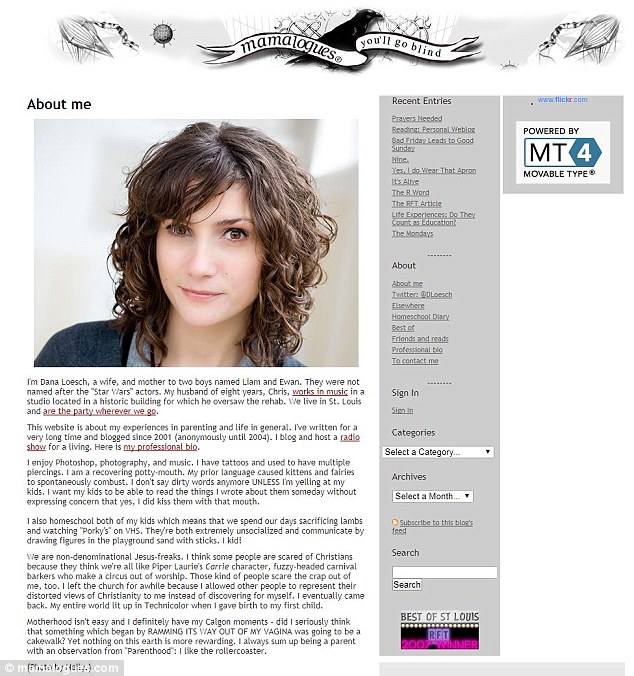 Before launching her career as a political pundit, Loesch found internet success with her mommy blog, Mamalogues. She was not as outspoken then about her views and told how she’d been educated by the ‘finest liberal minds’ in St Louis. Above, a picture from her site in 2004 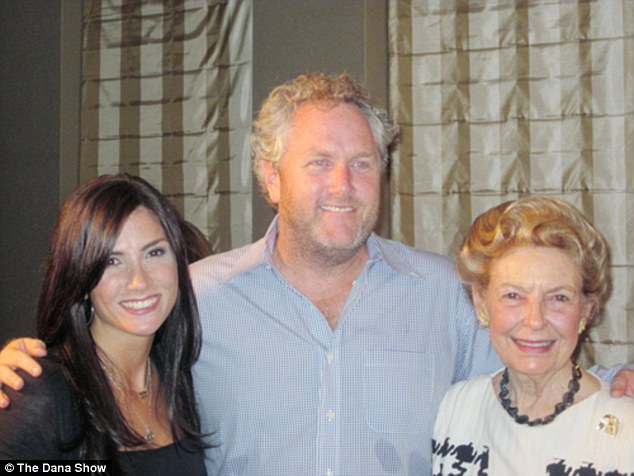 After launching her radio show, The Dana Show, Loesch was hired by the late Breitbart founder Andrew Breitbart in 2010 who she described as her ‘biggest cheerleader’. She worked for him on Big Journalism and is pictured with him and the late conservative icon Phyllis Schlafly

‘It will remain here for an indefinite period, but because my boys are getting older I’m uncomfortable with documenting their lives as I used to and wish to give them a bit more privacy as they grow into their own.

‘If they ever put me into a nursing home, I don’t want it to be a bad one because I wrote about their first date online.

‘Also, what I do for a living now takes up all the extra time that parenting my children does not,’ she wrote.

At the time, she had made appearances on multiple mainstream networks for a variety of subjects and had worked for The St. Louis Dispatch.

Her foray into politics came in around 2008 when she launched her radio show, The Dana Show. She called it ‘the conservative alternative’.

A year later, she co-founded the St. Louis Tea Party and a year afterwards, was hired by the late Breitbart co-founder Andrew Breitbart to become the editor of Big Journalism. 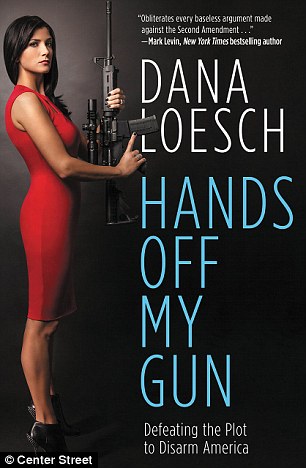 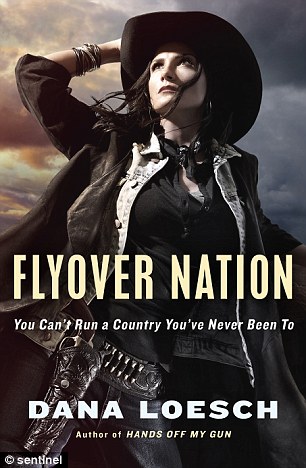 Loesch has written two conservative books. The first was released in 2014 (left) and the second was in 2016 (right) 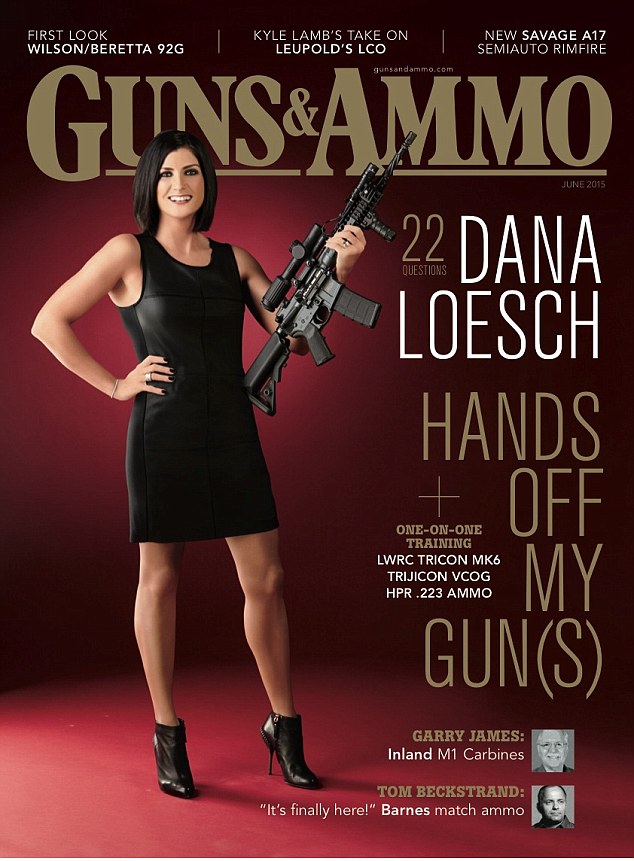 Loesch is pictured on the cover of Guns and Ammo in 2015. At the time, she was a radio host and columnist having gradually become increasingly outspoken and entrenched in her views 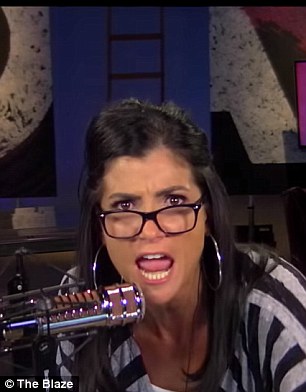 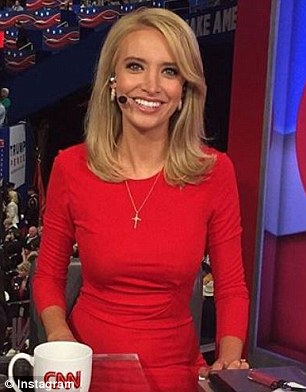 Loesch also hosted a show on The Blaze where she sparked controversy in 2016 by labeling Trump supporter Kayleigh McEnany ‘flat chested’. McEnany had both of her breasts removed as a preventative measure to avoid breast cancer. She angered Loesch, who supported Ted Cruz in the primaries, by saying anyone who did not support Trump was not conservative

She would go on to pen columns for Breitbart News until Andrew’s death in 2012 after which she sued the outlet.

Details of the dispute are murky but in her complaint, she described a hostile workplace which she claimed was binding her to a contract she no longer wished to be tied to.

It was during those years that she also came into contact with Steve Bannon, Trump’s former aide who Loesch once described as ‘one of the worst people on God’s green earth’.

The mother-of-two continued to film The Dana Show and it gathered pace online, winning her thousands of YouTube viewers.

She started to appear regularly as a pundit on mainstream news networks, offering her conservative view on a variety of topics.

In 2014, she released her first book – Hands Off My Gun: Defeating the Plot to Disarm America. 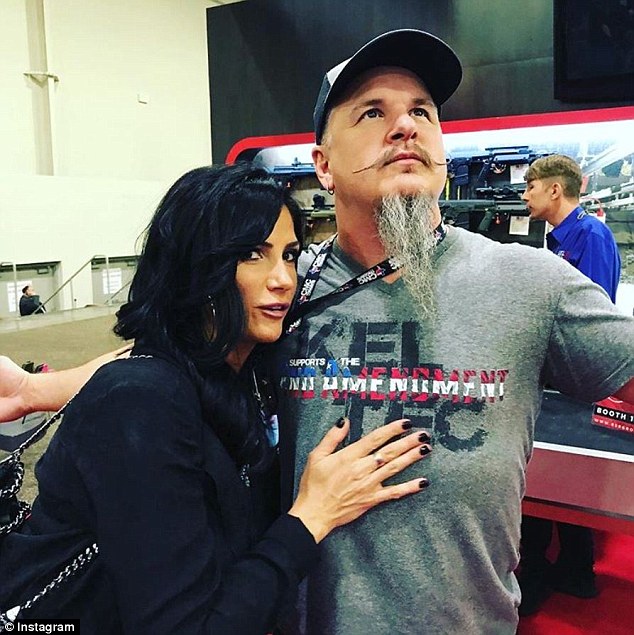 The mother-of-two is pictured with her husband and manager Chris. They moved from St. Louis, Missouri, to Texas several years ago 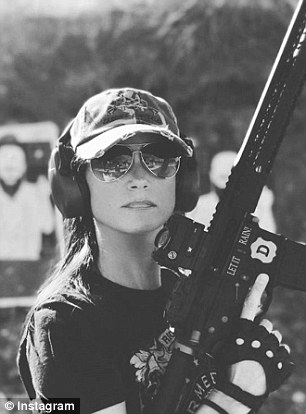 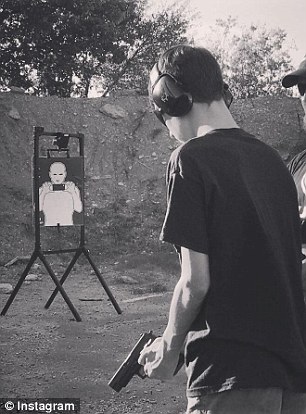 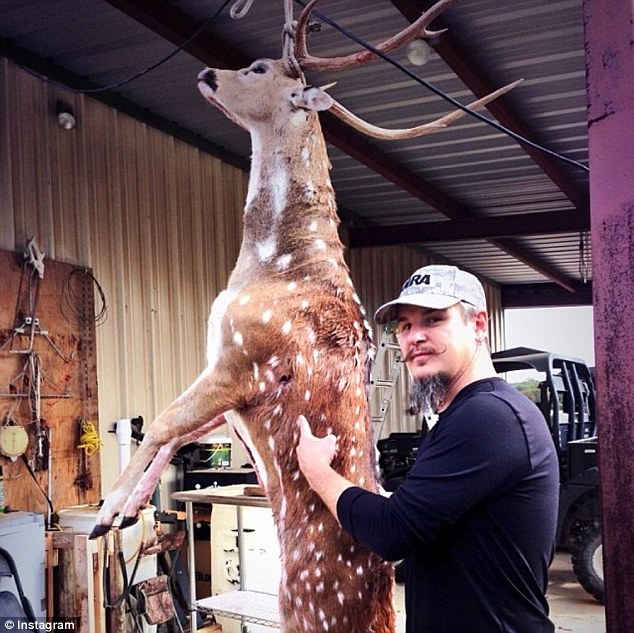 She appeared on the cover in a fitted red dress and stilettos, toting a large assault rifle. Her second book, Fly Over Nation, was released in 2016.

In the same year she joined The Blaze where she often espoused on conservative topics and shared her view of who she was supporting in the then forthcoming presidential election.

Interestingly, it was not Donald Trump who she said she could not stand behind because of his changing 2nd amendment stance and history of making deals with crime figures. Instead, she endorsed Ted Cruz.

A link to The Dana Show episode where she first listed why she was not supporting Trump is no longer available. She published it before she was brought on in her new role with the NRA which donated $30million to Trump’s election campaign.

Before removing it and withdrawing her opinions on the then-candidate, she sparked fury with an impassioned radio show where she called a Trump supporter who had undergone a double mastectomy to prevent breast cancer ‘flat chested’. 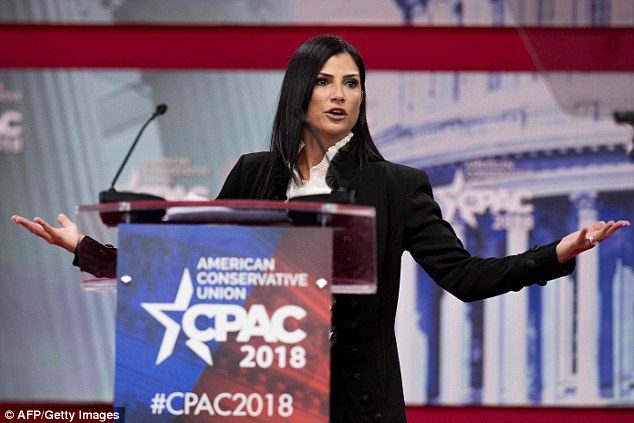 Loesch was hired by the NRA in February 2017 and has undergone a conservative make-over since taking the role of national spokeswoman. She is pictured on Thursday at the Conservative Political Action Conference in Maryland

The Trump supporter had claimed that anyone who did not support Trump was not conservative.

Loesch, outraged, fumed: ‘Who is this chick? Baby cakes, this was more than just going on television and flashing them pearly whites and your flat-chested, red dress, over sprayed bleach blonde hair while you sit here and you preach all this stuff about who is or isn’t a conservative.’

She later argued that she was invoking the president’s combative, insult-laden style of debate at the time.

Loesch gently softened her opinion of him gradually and, by inauguration day, was a firm fan.

On her radio show on January 21, 2017, she played celebratory music and screamed: ‘It is a new day in America!’

Since being hired by the NRA, she has been the face of several controversies.

In July last year, she was the face of a widely-criticized ad for the association where she said members must fight the ‘madness’ of women’s marches and angry liberalism with ‘a clenched fist of truth’. Some said the video incited violence. 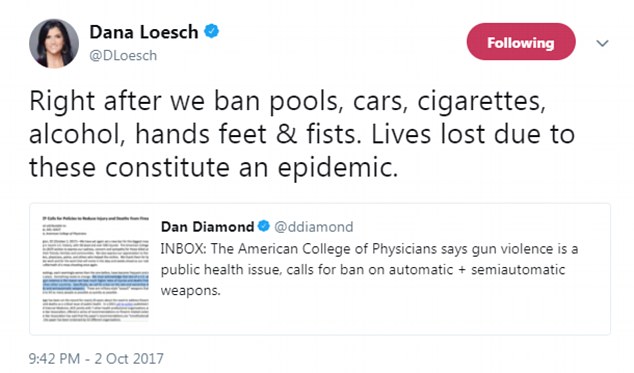 In October, after the Las Vegas shooting which claimed 58 lives, Loesch appeared to trivialize the issue of banning semi-automatic and automatic guns with this tweet

She sparked fury in October after the Las Vegas shooting, the deadliest in US history which claimed 58 lives by responding to the calls of doctors to ban automatic and  semi-automatic weapons.

‘Right after we ban pools, cars, cigarettes, hands, feet and fists. Lives lost due to these constitute an epidemic,’ she wrote.

Loesch is vocal on Twitter and shares titbits of her private life on Instagram but is careful not to publicize her children’s names or faces.

After the Las Vegas shooting last year, she complained that the family had to move because she had been receiving death threats from anti-gun activists.

One, she said, told her he would ‘rape her to death’.