NRL anti-vaxxer Bryce Cartwright WILL be allowed to play

Bryce Cartwright has avoided the flu shot and a club ban thanks to an 11th hour medical exemption from the Queensland government.

The Gold Coast NRL player and his teammate Brian Kelly had been given until Thursday to agree to take the shot that would enable them to train and play, in line with strict state government policy.

Kelly was vaccinated earlier on Thursday but Cartwright, whose wife and children are not, held firm on his beliefs.

The club confirmed on Thursday night he had lodged medical documentation to seek an exemption that was granted by chief medical officer Jeannette Young. 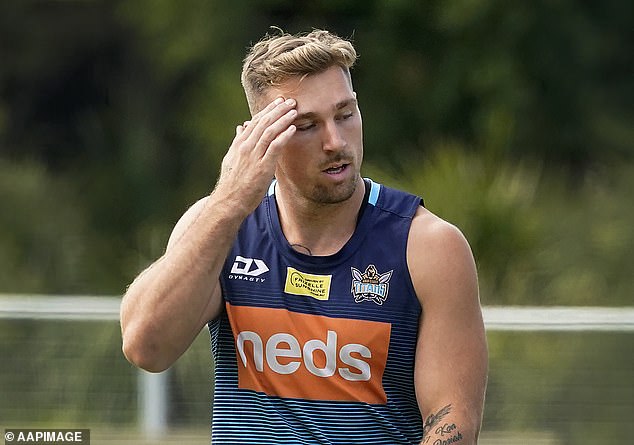 Cartwright was reportedly facing a $450,000 salary hit if he was stood down by the club for refusing the shot on non-medical grounds

Cartwright, 25, was reportedly facing a $450,000 salary hit if he was stood down by the club for refusing the shot on non-medical grounds.

The avenue is at odds with his previously-stated moral opposition to the vaccine.

It was a viewpoint shared by wife Shanelle, who questioned on social media on Thursday afternoon why Cartwright’s NRL colleagues weren’t supporting him.

While it clears every Queensland-based NRL player to train and play in the state, it is understood there are still six NRL players yet to receive the flu shot on non-medical grounds.

Canberra trio Josh Papalii, Joe Tapine and Sia Soliola, Manly’s Dylan Walker and Addin Fonua-Blake and Canterbury’s Sione Katoa are the others who would be able to train and play in NSW and ACT, but not Queensland.

The NRL is scheduled to restart on May 28, more than two months after it was suspended due to the coronavirus pandemic.

On Thursday Brisbane coach Anthony Seibold said it would be unfair and that the NRL would be ‘kidding themselves’ to cave to the minority and make the three Queensland clubs travel for ‘home’ games in NSW.

Titans CEO Steve Mitchell has also opposed a shift away from their home ground, with the next two weeks of the draw set to be announced on Friday.

Cartwright and his wife sparked controversy last year when they publicly declared they would not vaccinate their young children Koa, two, and Naia, one.

Mrs Cartwright took to Instagram earlier this month to support her husband’s decision to reject the jab despite the overwhelming scientific evidence showing the benefit of vaccinations.

She admitted to followers in an Instagram Q & A last year that convincing her husband to see the what she misguidedly believes are the ‘harms of vaccination’ had ‘taken some work’, but he eventually came around. 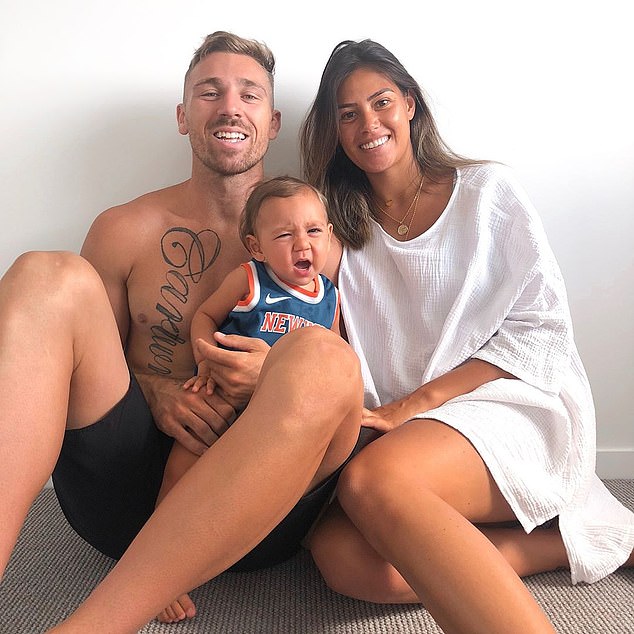 Cartwright and his wife sparked controversy last year when they publicly declared they would not vaccinate their young children Koa, two, and Naia, one

‘I remember he [Bryce] was so defensive when I first brought it up and got angry at me for even suggesting that we shouldn’t vaccinate,’ Mrs Cartwright said at the time.

When asked by one follower whether she vaccinated her eldest son, Mrs Cartwright said she was firmly against injecting her children. 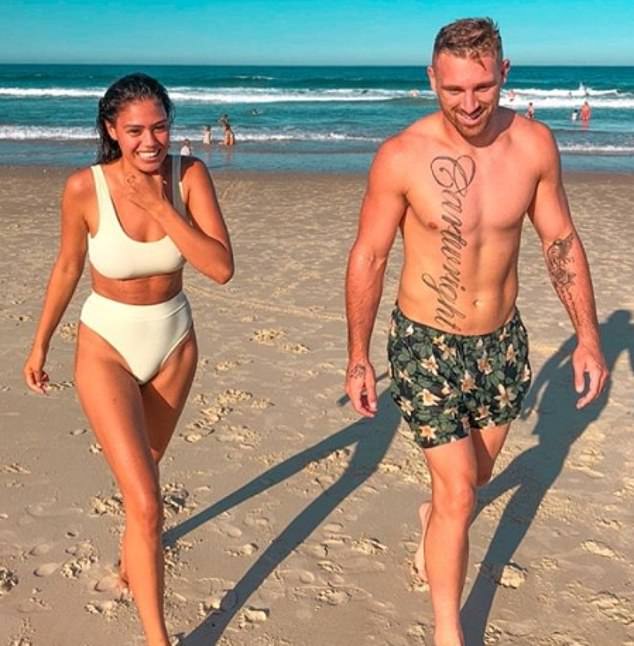 Mrs Cartwright admitted last year her footy star husband was initially against being an anti-vaxxer, but is now firmly on board with the method

The couple have received backlash after they came out as anti-vaxxers.