St George Illawarra Dragons have scrapped plans to sign Israel Folau after backlash over their decision to pursue the controversial footy star.

The NRL club issued a statement on Wednesday night confirming they were no longer in talks to recruit Folau, just one day after revealing they had formally applied for permission to add the 31-year-old to their playing roster.

‘While the Dragons did enquire about signing Folau, the club can confirm that such discussions have now ceased,’ the club statement said. 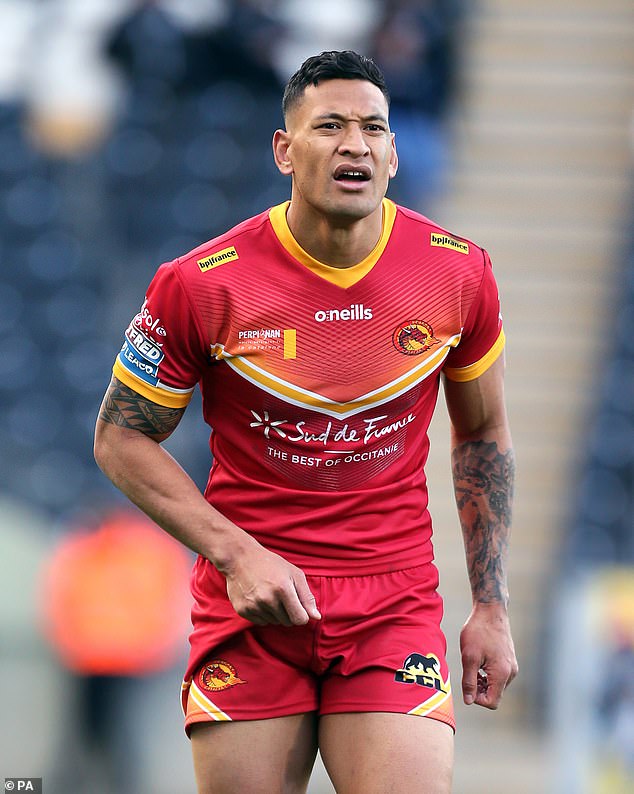 Dragons boss Ryan Webb had on Tuesday confirmed the club formally applied to the NRL to allow them to sign Folau on a two-year contract worth $1million.

‘We are genuinely interested in having him join the club, we’ve spoken to key stakeholders internally and now we will ask the NRL if they will consider registering his contract,’ Webb had previously said.

‘We understand there will be a range of opinions in regards to this decision, but we believe he would be a good addition to our club.’

He had made a phone call to NRL boss Andrew Abdo in early January with a request to sign Folau.

The club board had reportedly approved the move to sign Folau and informed their sponsors such as St George Bank and Jeep.

The Dragons had reportedly gone as far as creating guidelines regarding public comments given Folau’s history of sharing offensive remarks online.

Folau signed a new one-year contract with French club Catalans Dragons in June 2020 but returned to Australia after the birth of his first child this summer.

He had his $4 million Wallabies contract ripped up in May 2019 after he twice uploaded religious posts which Rugby Australia found homophobic. 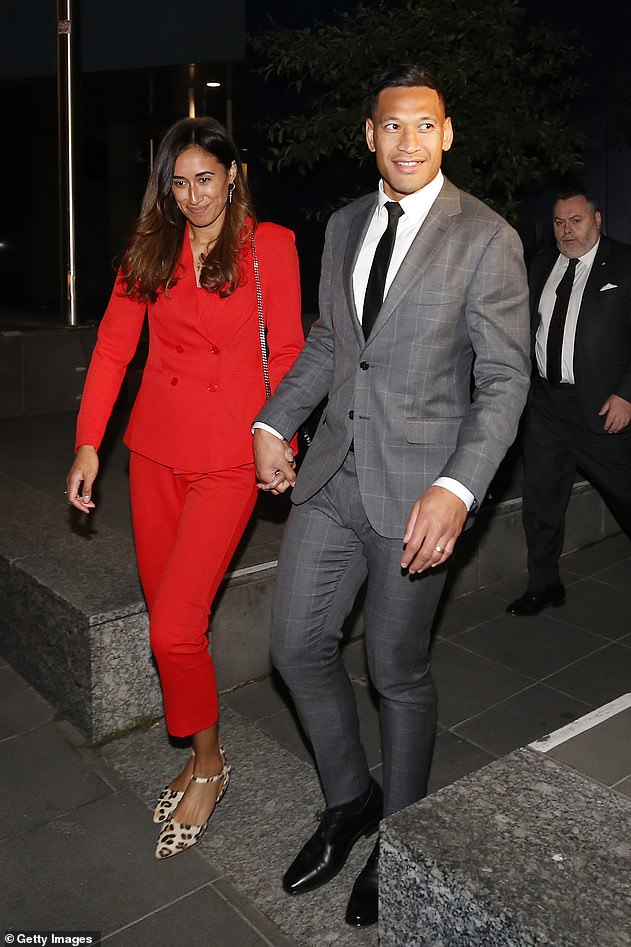 Israel Folau and his wife Maria. St George Illawarra Dragons CEO Ryan Webb on Tuesday had confirmed the club formally applied to the NRL to allow them to sign Folau on a two-year contract but by Wednesday the club said they were no longer looking at signing him 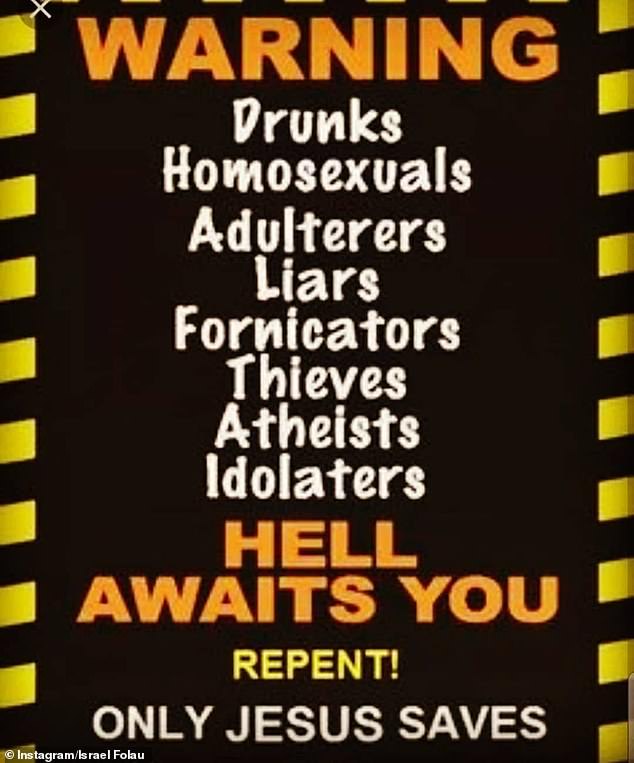 Dragons’ fans took to social media to weigh in on the club’s decision to abandon its pursuit of Folau.

‘Sensible decision. Spend good money on a youngster with talent and ambition,’ one fan wrote, while another said: ‘So in other words they didn’t get the response from the fans they were hoping for’.

‘Great news, I thought I may have to change clubs after 51 years,’ was another comment.

But not everyone agreed, with one fan commenting: ‘Disappointing. I think it’s a real shame the Dragons didn’t sign him’.

He captioned the picture with: ‘Those that are living in Sin will end up in Hell unless you repent. Jesus Christ loves you and is giving you time to turn away from your sin and come to him’. 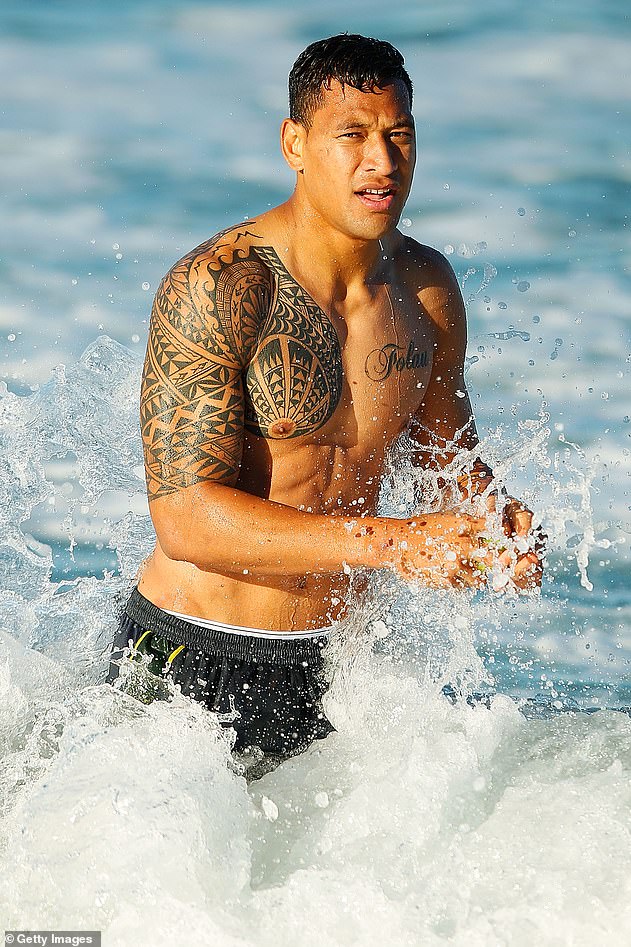 Folau at a recovery session with the Wallabies in 2013. He had his $4 million Wallabies contract ripped up in May 2019 after he twice uploaded religious posts which Rugby Australia found homophobic 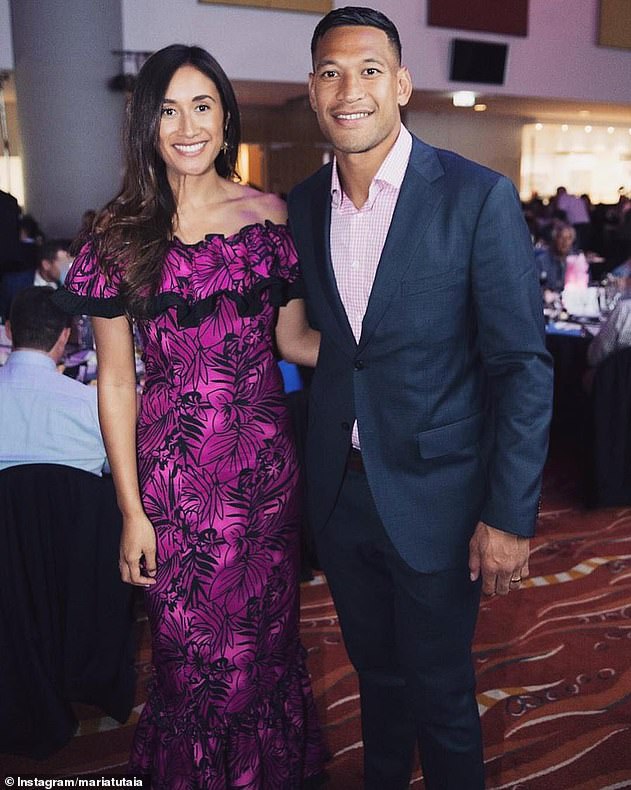 Folau and his wife Maria. The couple welcomed their first child over the summer

A year easier, Folau made a post about ‘God’s plan’, prompting one commenter to ask: ‘What was gods plan for gay people??’

‘HELL… Unless they repent of their sins and turn to God,’ Folau replied at the time.

Folau claimed he was discriminated against on religious grounds and commenced Fair Work proceedings against Rugby Australia.

With the help of the Australian Christian Lobby, Folau was able to raise more than $2.1 million within a matter of days for his case before donations were suspended.

‘You may not agree with me  but thank you for your support,’ Folau posted at the time.

‘To those who have criticised me, I bear no ill will towards you. You have every right to express your own beliefs and opinions.’

Folau and Rugby Australia were unable to reach a settlement with his former employer and they eventually reached a confidential settlement in December 2019, which included an apology to Folau from Rugby Australia.