A huge fight in the stands has marred the opening night of Magic Round as fan trouble continued to plague the NRL.

With Suncorp Stadium hosting all eight games this weekend, fans from all 16 clubs will descend upon the Brisbane arena as fixtures are played back-to-back.

On Friday, fans of Manly, Brisbane Broncos, Newcastle and Canterbury were in attendance in the opening night of the round, but scenes were far from cordial as supporters were seen throwing fists at one another in a wild altercation.

Shocked onlookers note that no police were in the vicinity of the brawl, and footage of the incident was swiftly shared on social media, with one user posting: ‘You know what else is magic? Biff’.

The ill-behaviour of supporters becoming a consistent theme in the NRL this season.

A Broncos fan was knocked unconscious by a Bulldogs supporter moments after the minute silence in Anzac Day round, after allegedly yelling during the sombre occasion.

A number of supporters have also disrupted games by invading the pitch, with one Gold Coast woman dumped by her boyfriend after entering the field of play during the Titans’ game against the Panthers. 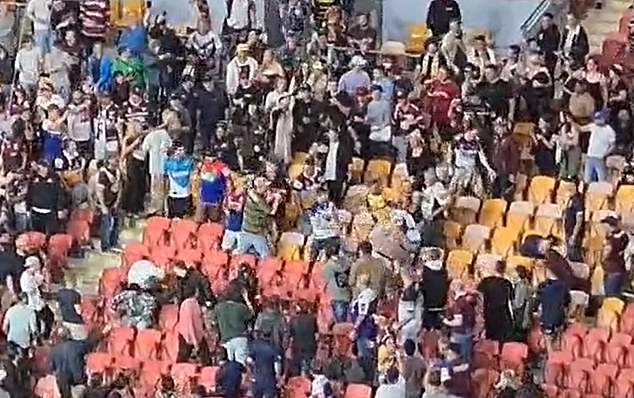 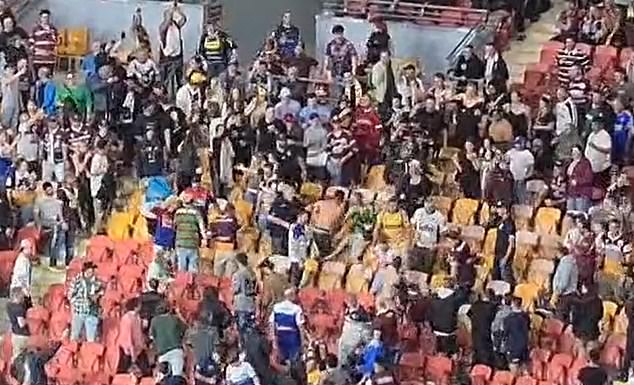