Penrith Panthers star Jarome Luai could have his premiership victory celebrations dampened after the NRL’s Integrity Unit was made aware of a racial slur he allegedly posted to Instagram.

The 25-year-old was in the Panthers sheds after their convincing 28-12 win over the Parramatta Eels in Sunday night’s grand final when he posed for a selfie with teammate Jaeman Salmon.

The publicly shared post contained a word Daily Mail Australia has chosen not to republish and was quietly deleted seven hours later.

‘The NRL Integrity Unit is aware of the post,’ an NRL spokesman told The Daily Telegraph.

The spokesperson added the NRL is yet to launch an investigation and would not comment on potential sanctions Luai could face.

Some teammates told the publication the racially charged word is sometimes used between friends. 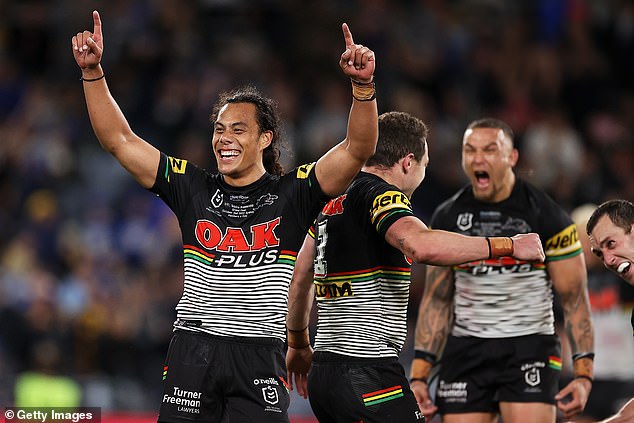 Luai was in September reportedly investigated by the NRL’s Integrity Unit after posting a video to social media containing a controversial rap song.

The tune was by western Sydney drill rap group One Four, who have been criticised for inciting violence with their lyrics.

The group is from Mt Druitt, the same suburb where the premiership winning five-eighth hails from. 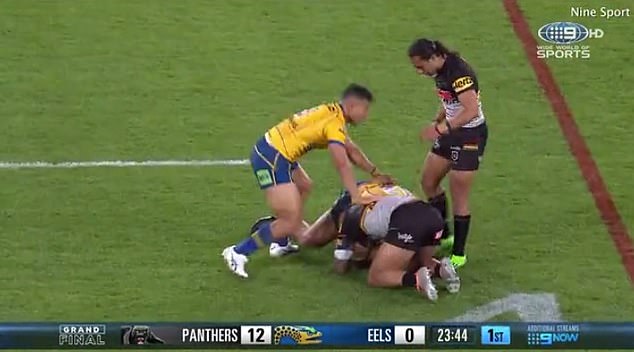 Along with a stellar performance including two try-assists in Sunday’s match, Luai also came under fire from fans after appearing to kick Parramatta star Isaiah Papali’i following a tackle by teammate Brian To’o.

But Papali’i denied there’d been anything out of the ordinary.

‘I nudged him in the back and he was angry. That’s footy, there’s a bit of niggle.’