NRL superstars Sam and Tom Burgess have given their verdict on a cop’s spectacular tackle of a suspect during a press conference.

Detective Senior Sergeant Daren Edwards abandoned a press conference on the Sunshine Coast on Wednesday to take down a suspect who ran past.

Video of the tackle went viral and even attracted the attention of rugby league’s most famous stars. 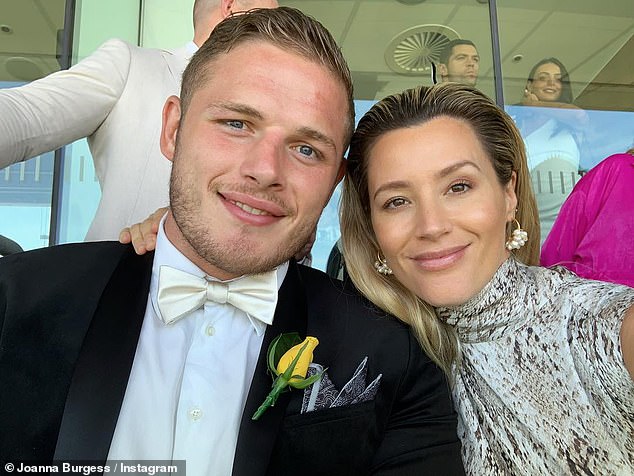 ‘Head on the wrong side there. Lassoed the legs great though ha,’ wrote Tom Burgess (pictured) on Instagram in a comment underneath the video 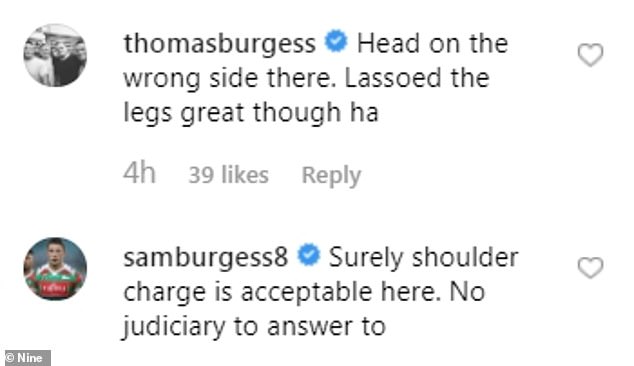 ‘Head on the wrong side there. Lassoed the legs great though ha,’ wrote Tom Burgess on Instagram in a comment underneath the video.

‘Surely shoulder charge is acceptable here. No judiciary to answer to,’ his brother Sam added.

Mr Edwards was speaking to reporters outside the Maroochydore Police Station when the man ran past him.

The suspect had allegedly made an inappropriate comment about a man’s daughter and was being chased by her furious father Kevin Scells, who was angrily shouting: ‘You better get running, run, run, run!’

Without hesitation, Mr Edwards turned around and tackled the man to the ground before other officers handcuffed him and took him inside.

The father, Kevin Scells, claimed the man was harassing his 19-year-old daughter Charlotte.

‘I was just sitting in the car and this man’s said a few inappropriate things to my daughter and I’ve just reacted by chasing him up the road and it just happened to be you guys were here at the same time,’ Mr Scells told 9News. 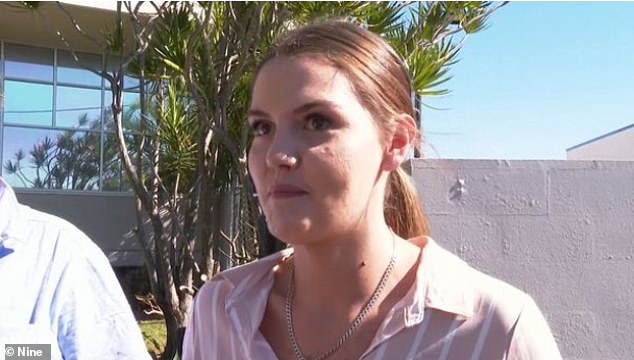 ‘He just asked me if I was single, saying that I was beautiful and he was going to buy me stuff’; the teenage girl, Charlotte Scells 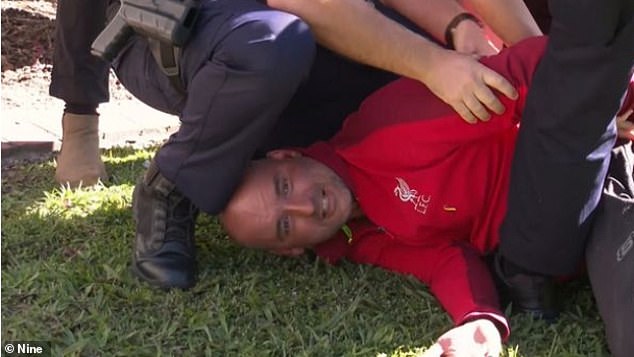 Charlotte claimed the man approached her twice and continued to flirt with her.

‘He just asked me if I was single, saying that I was beautiful and he was going to buy me stuff. I just told him to go away and I wasn’t interested,’ she said.

The man pinned on the ground said he did nothing wrong before screaming: ‘Get off me. Help me.’

Officers told the man to calm down before they picked him up and escorted him from the scene.

Queensland Police told Daily Mail Australia that the man had been charged with public nuisance and unlawful stalking.

Mr Edwards continued with the press conference with a large graze on his head after the impressive tackle.

‘You never know what (the job) will bring,’ he said, conceding he hadn’t made a dramatic arrest like that in ‘quite a few years’.

‘Suit was ready for a dry-clean anyway.’

The man identified himself as ‘Laszlo’ and had only just been released from the local watch house on public nuisance charges.

It was only a few minutes later that he was allegedly harassing the 19 year old.

He interrupted the press conference to tell reporters the police were ‘corrupt’ and ‘disgusting’ before he later ran past and was tackled. 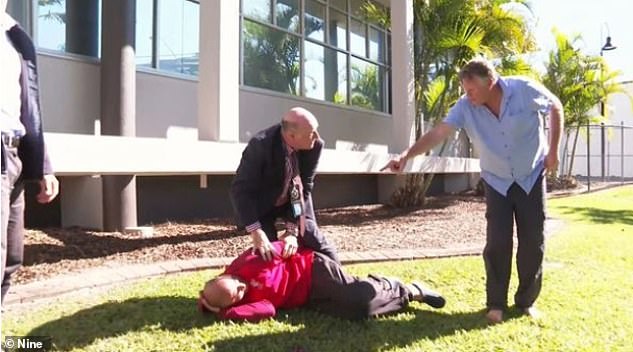 Detective Senior Sergeant Daren Edwards (pictured) was mid-sentence when a man run past him chased by another man, Kevin Scells, who angrily shouting ‘you better get running, run, run, run!’