NRL: Rain bomb could spell DISASTER for Magic Round

Anyone for a swim? NRL fans wear SNORKELS to Suncorp Stadium after rain bomb hits Brisbane – with torrential weather threatening to turn playing field into MUD PIT for Magic Round

It may transpire that there is nothing magical about this season’s Magic Round in the NRL with a massive rain bomb threatening to take the spark out of this weekend’s action in Brisbane.

The special weekend – which sees every team play at one venue – is being hosted at Suncorp Stadium this year, but torrential rain in the Queensland city could spell disaster for this round.

On Thursday, Brisbane received a month’s worth of rain in a single day, while the Wivenhoe Dam – which is the main supply of water for the city – is above 100 per cent capacity and locals have been warned of the potential of the Brisbane river flooding downstream. 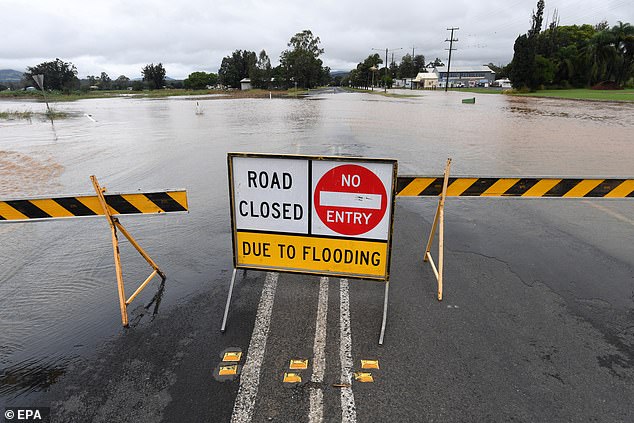 Brisbane typically averages 61.1mm of rainfall in May, but by 9am on Friday morning, it had received 67.7mm in the preceding 24 hours.

NRL fans came to Suncorp Stadium equipped on Friday night, with a trio dressed in swim shorts and snorkels ready for Manly’s game against Brisbane, while one fan  posted a photoshopped image of a submarine going through the turf on Twitter.

Brisbane weather expert Justin Noonan tweeted: ‘Ground staff have a massive challenge on their hands. It drains well but will be chopped up badly by Sunday night.’ 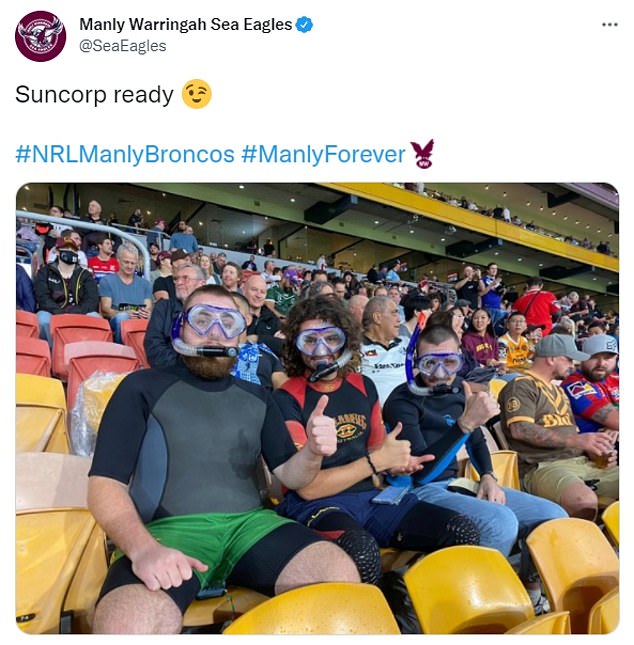 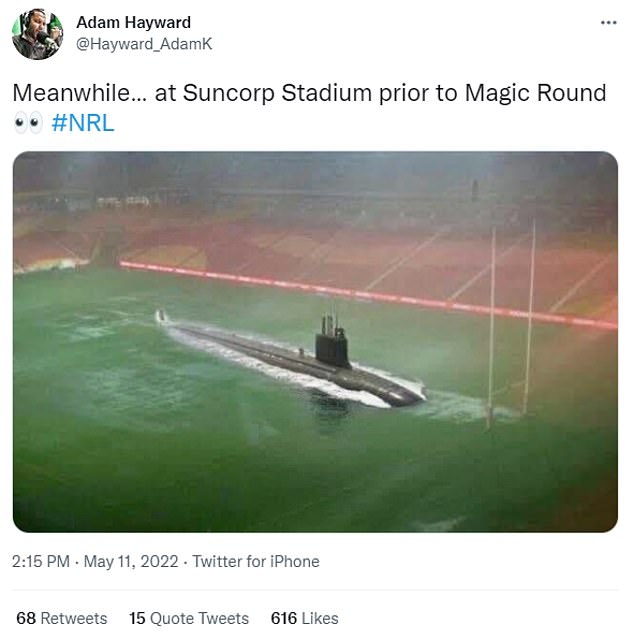 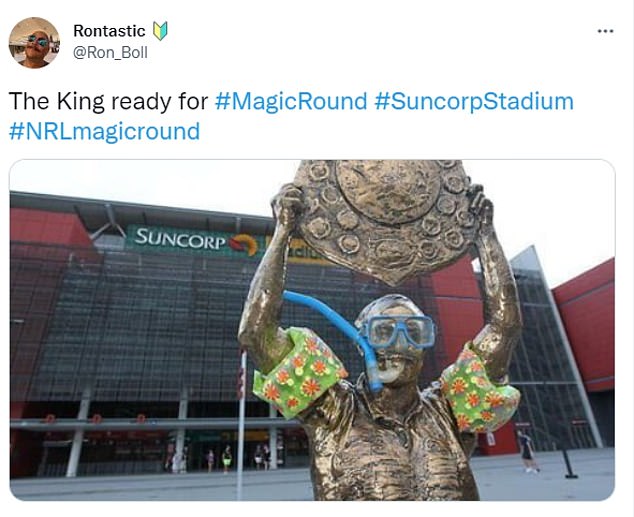 Suncorp’s drainage systems have faced challenges in the past, but NRL chief Graham Annesley is confident that the pitch will hold up this weekend.

‘It’s a great venue up there with one of the best drainage systems in the game,’ he said.

The Suncorp turf looked pristine as the Cowboys and Knights stepped out for the first of eight games at the stadium this weekend.

Their clash is followed by a Friday night blockbuster between Manly Sea Eagles and Brisbane Broncos, while table toppers Melbourne Storm take on reigning premiers Penrith Panthers on Saturday night.