A 203cm giant from Bankstown who was rejected from the NRL is now an NFL superstar sitting on a mammoth $108million contract, telling young athletes to ‘go for it’ and do anything to pursue their dreams.

Jordan Mailata started as left tackle for the Philadelphia Eagles on Monday, just four years after first learning the ins and outs of one of America’s most beloved sports.

The 24-year-old, who grew up in Sydney’s south-west, had been hoping for a career in the NRL but was ultimately dropped, being told he was too big and couldn’t last on the field for long enough.

He was offered a spot in South Sydney’s second grade feeder team for a measly $5,000.

But just as his rugby league prospects started to look bleak, Mailata’s management put together a highlights video which ended up on the desks of NFL scouts.

‘All I knew about the NFL was what I’d seen in movies like Remember The Titans and The Blind Side with Sandra Bullock,’ he told A Current Affair.

‘When it came out everyone in Canterbury was calling me Big Mike, like the guy in that movie.’

His four-year contract with the Eagles now makes him one of Australia’s richest athletes and the wealthiest Aussie in the NFL.

In the 2018 NFL draft, Mailata was selected in the seventh round by the Eagles as the 233rd overall pick following a gruelling training camp.

He’d been invited to attend the camp that year as part of the Pathways Program for foreign players.

He then spent years learning the game and training intensively, with the former Rabbitohs Under 20s star finally making his NFL debut in 2020.

Being told to put on more weight for the league, Mailata now weighs a whopping 160kg and has earned himself a starting position.

‘I came over here knowing nothing about this game but I’ve learned the game and learned how to love it,’ he said. 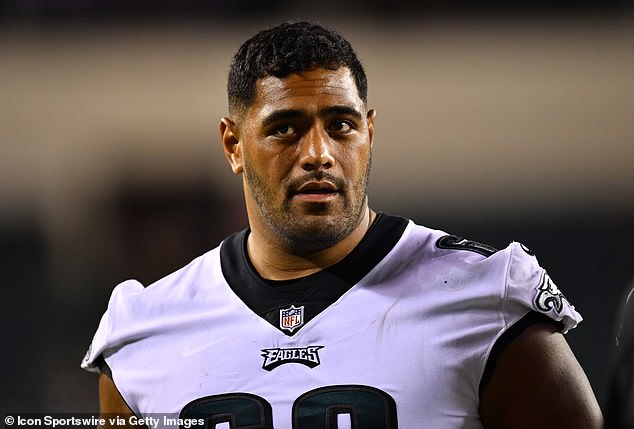 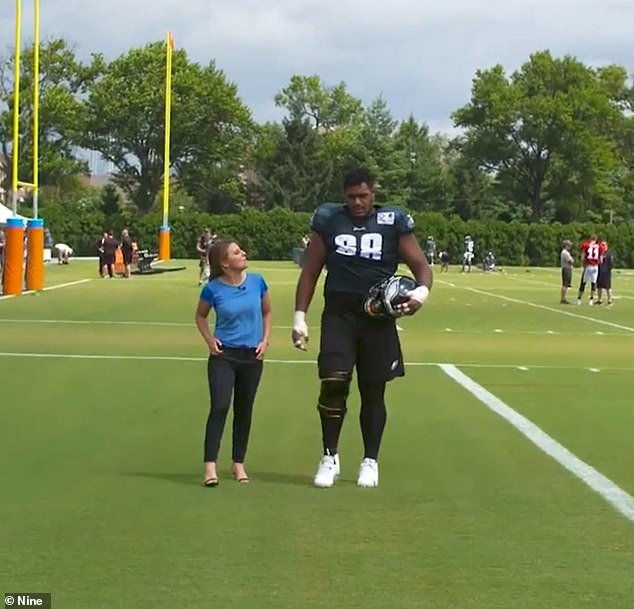 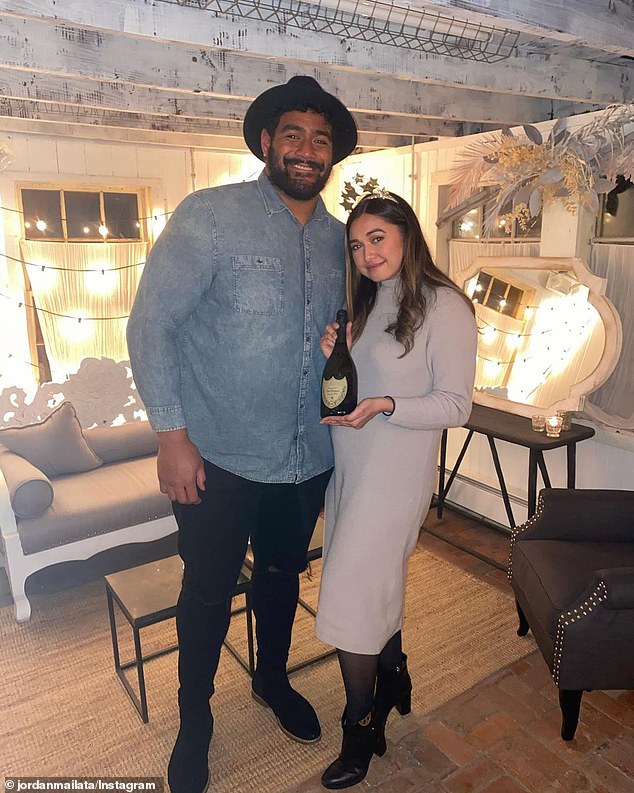 In the 2018 NFL draft, Mailata (pictured with his partner) was selected in the seventh round by the Eagles as the 233rd overall pick following a gruelling training camp

‘Now I want to win the championship for the Philly fans.’

Having nearly missed out on a professional sporting career himself, the 24-year-old encouraged anyone training to be an elite athlete to commit to it fully.

‘If you really want to put all your eggs in one basket, do it, don’t look back,’ he said.

Following the Eagles’ 32-6 win over the Atlanta Falcons on Monday, American football fans were more than impressed at Mailata’s ability. 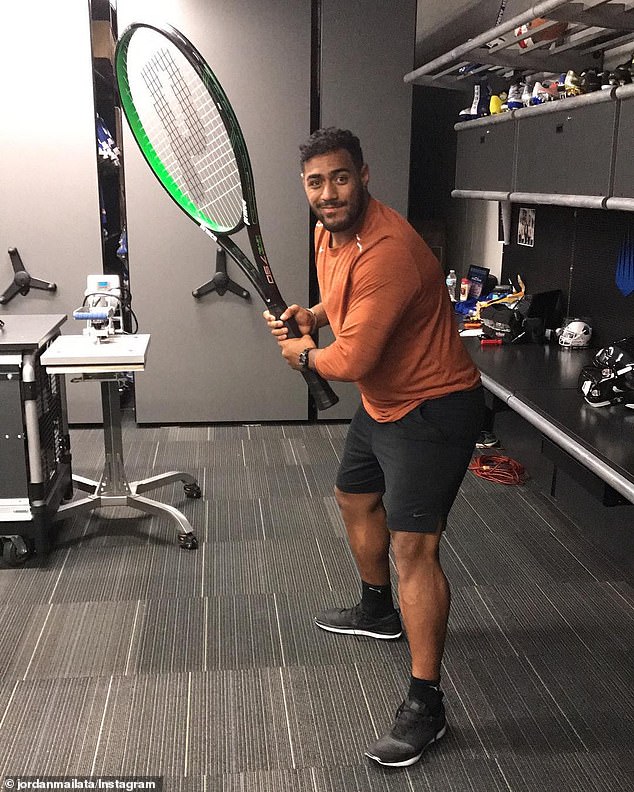 Having nearly missed out on a professional sporting career himself, the 24-year-old encouraged anyone training to be an elite athlete to commit to it fully 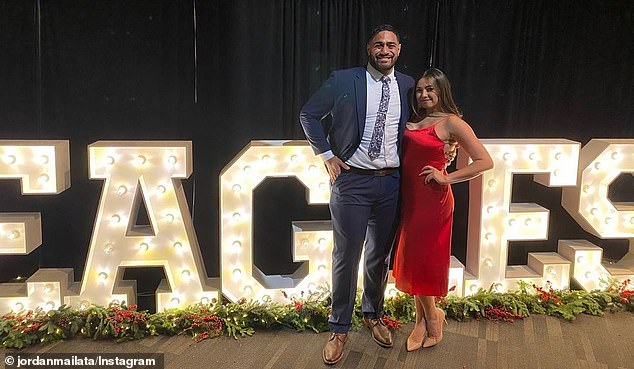 Footage of a crushing block by the 24-year-old did the rounds on social media with many praising the Aussie recruit.

Speaking after the game, Mailata said he felt ‘extremely blessed’ with his contract extension and revealed how he’d put his new paycheck to work.

‘Everyone (at home) called me ‘Big Money’. I told them not to call me that,’ he said.

‘I’ve been wanting to buy my parents a house so I can finally do that.

‘I think it is a movie. I’m just waiting for someone to say ”cut”, then all the lights come down.’ 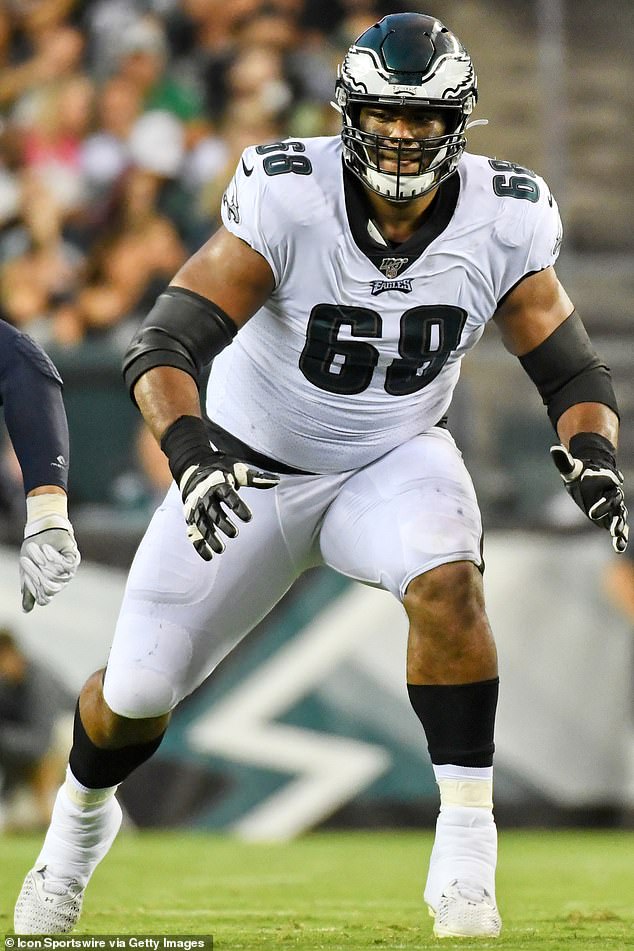