NRL superstar Blake Ferguson has been arrested in Japan after allegedly attacking a man in a restaurant before being found carrying cocaine.

The former Parramatta Eels player was taken by officers from the Tokyo Metropolitan Police to the Azabu police station about 6.30am on December 30.

Police detailed Ferguson for allegedly beating up another man in a restaurant in Roppongi in Minato City, a popular nightclub district in Tokyo.

Officers searched the footy star’s belongings at the police station and allegedly found cocaine, according to local media.

Ferguson only signed with the NEC Green Rockets in the Japanese Top League and moved to the Land of the Rising Sun a few months earlier. 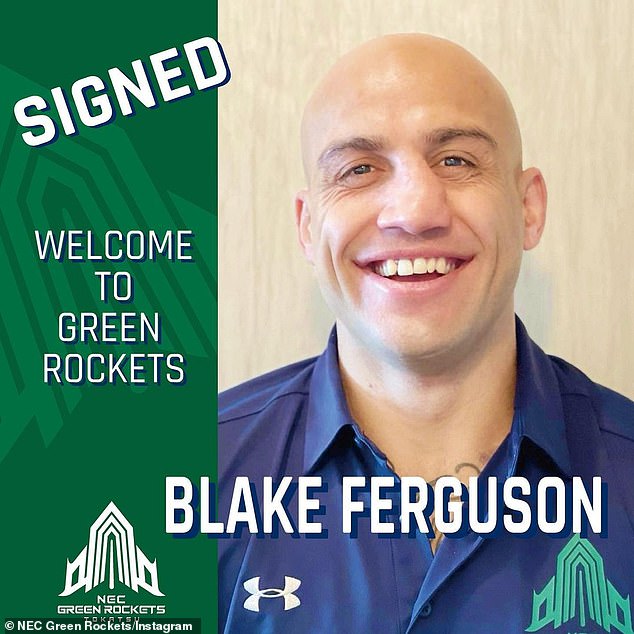 He joined former Wallabies coach Michael Cheika currently the director of rugby at the Rockets and former Wallaby Scott Fardy who works as the defence coach.

His team confirmed his arrest with a short statement on its website.

‘Blake Ferguson, a contract player belonging to NEC Green Rockets Tokatsu, was arrested on December 30 on suspicion of possessing illegal drugs,’ it said.

‘We deeply apologise for causing a great deal of concern and inconvenience to everyone involved.

‘Our team fully cooperates with the police investigation and strives to understand the situation.’

Japan has some of the harshest drug laws in the world with even a simple cocaine possession charge risking up to five years’ jail.

Ferguson is thousands of miles away from the daughter he shares with ex-girlfriend Dominique Moraitis and two sons he has with ex-partner Bianca Menniti.

The player regularly posts photos of his two sons London and Harlo, and recently shared a photo of his ‘little darling Luna’, who was born in April of this year.

The former couple both announced the good news on their respective Instagram accounts alongside a photo of the newborn baby. 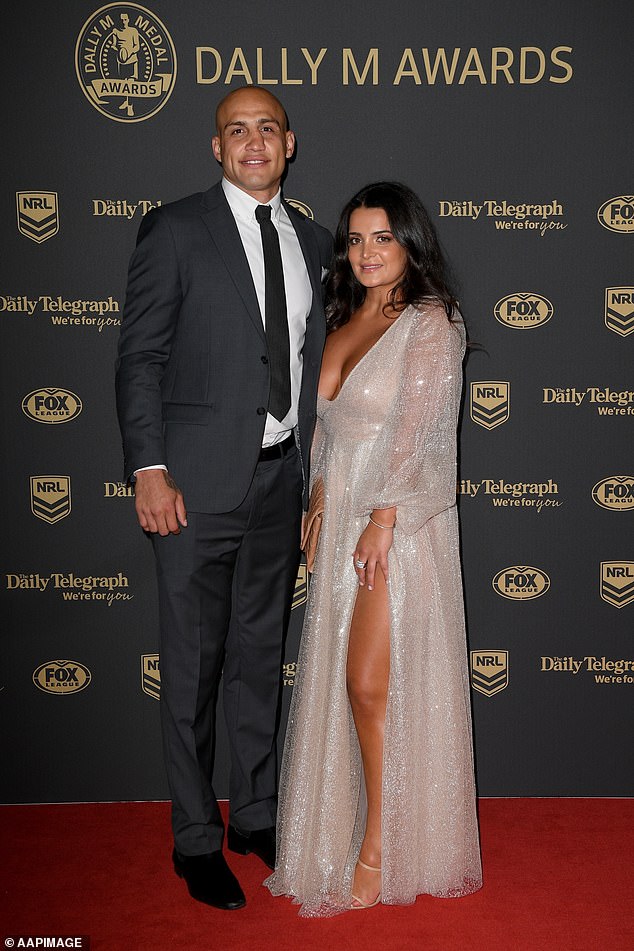 He proposed to the Dominique Moraitis, the granddaughter of Morco Fresh fruit and vegetable patriarch and multimillionaire Nick Moraitis, in May last year but the couple have since split 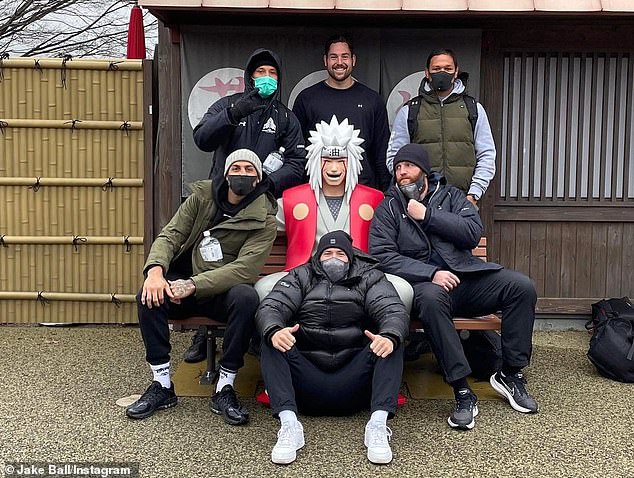 ‘Welcome to the world my darling Luna,’ Ferguson wrote at the time.

The winger announced his split from Dominique, 26, in February, just months after announcing their engagement.

He proposed to the granddaughter of Morco Fresh fruit and vegetable patriarch and multimillionaire Nick Moraitis, in May last year.

The veteran winger played for the Eels since 2019, scoring 24 tries in 57 games, and helping the team to the finals three years in a row.

However, the club announced it did not intend to re-sign the player in 2022, prompting the code switch to rugby union.

Eels general manager of football Mark O’Neill thanked Ferguson and three other players for their contributions to the team. 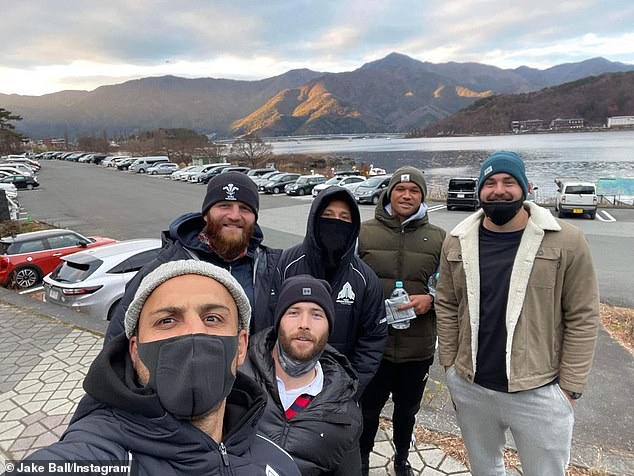 ‘These players have made a significant contribution to our club particularly Blake Ferguson who has been part of our squad since 2019,’ he said.

‘The past two years have been challenging for all the players and clubs in the NRL. The commitment of these players during that time is commendable.

‘We thank them for their service and commitment to the Club and we wish them all the best for their next stage of their careers and lives.

‘They will always be part of our Blue and Gold family.’

Ferguson has dreams to represent the Wallabies at the 2023 Rugby World Cup, after playing for the NSW Blues at Origin level and the Kangaroos internationally.