NRL star Brandon Smith has admitted lying to police after they launched an investigation into allegations his former Melbourne Storm teammate Curtis Scott assaulted a woman.

Scott knew the woman when he was living in a share house with Smith and fellow Melbourne teammates Scott Drinkwater and Brodie Croft. Scott has denied allegations he was physically and verbally abusive towards her.

He has pleaded not guilty.

Smith dismissed the allegation his former teammate had previously used a baseball bat to smash furniture in their share home at Balwyn in a fit of rage.

He said the claim was ‘ridiculous.’

‘I would have at least done something about it if that was the case,’ he said. ‘It just sounds not true.’

Smith also revealed he refused to sign a statement taken from him by police because the questions posed to him were in his view, ‘anti-Curtis’.

He then admitted lying to police about signing the statement because he was under pressure to do so from his long-term girlfriend Savannah Syred at the time. 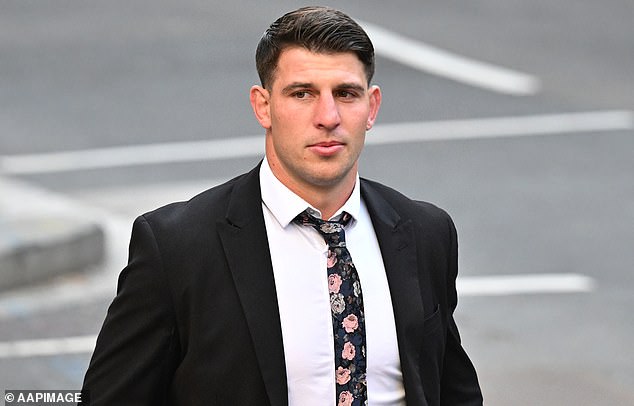 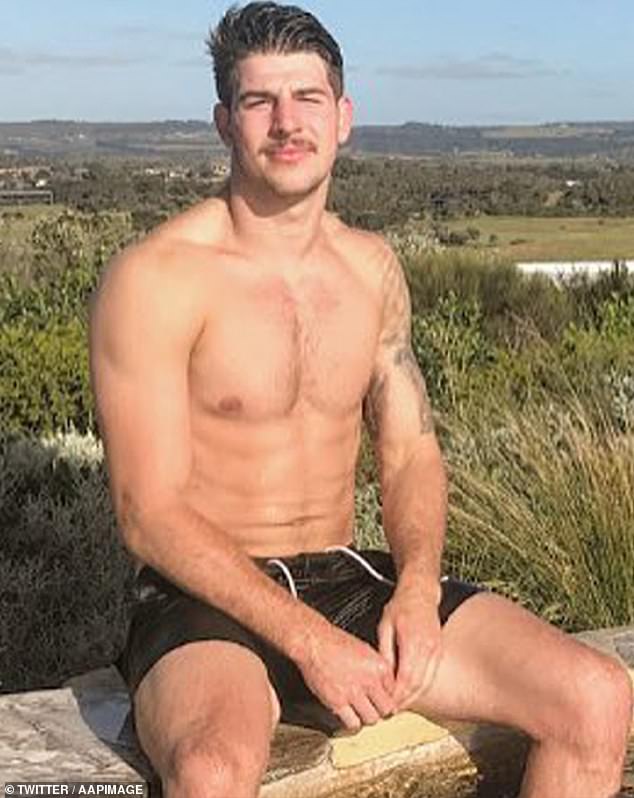 In parts of the unsigned statement that were read to the court, Smith admitted to seeing Scott argue verbally with the woman – but pointed out he never saw any physical escalation.

Police prosecutor Rebecca Beecroft told the court Smith was deliberately not giving evidence as he ‘doesn’t want to be seen as a person who goes against his teammates’.

Beecroft then asked Smith if as an NRL player his role was to be an ‘upstanding member of the community’ – and report any domestic violence incidents.

Smith replied he would speak up regardless if Curtis was allegedly ‘hitting girls’.

The former Storm and Raiders star was due to play for the Parramatta Eels this season, but his contract was not ratified by the NRL following his arrest.

In another incident on January 27, 2020, Scott was arrested by police who found him asleep under a tree at Moore Park, on the outskirts of Sydney’s CBD.

He was tasered and pepper-sprayed while still on the ground and then taken to the Sydney Police Centre, where he was charged with six offences including two counts of assaulting an officer in the execution of duty and behaving in an offensive or indecent manner.

Five of the charges were later dropped by police after bodycam footage showed Scott asleep and not resisting arrest.