‘Police misunderstood their powers’: Dramatic challenge issued by an NRL star vowing to fight charges laid against him ‘to his last breath’ – after being accused drunkenly punching and kicking a police officer

Rugby league star Curtis Scott has vowed to fight to his ‘last breath’ accusations that he assaulted police after a boozy Australia Day celebration.

Scott, 22, was arrested in the early hours of Sunday after allegedly punching both a male and female police officer on Driver Avenue, outside the Sydney Cricket Ground.

The officers allegedly had to taser Scott in a bid to subdue him.

The Canberra Raiders star’s lawyer Danny Eid lashed the police case in the Downing Centre Local Court on Friday where he entered a plea of not guilty to all six charges.

Mr Eid described the allegations against his 22-year-old client as ‘contextually false’ and ‘not supported by the objective evidence’. 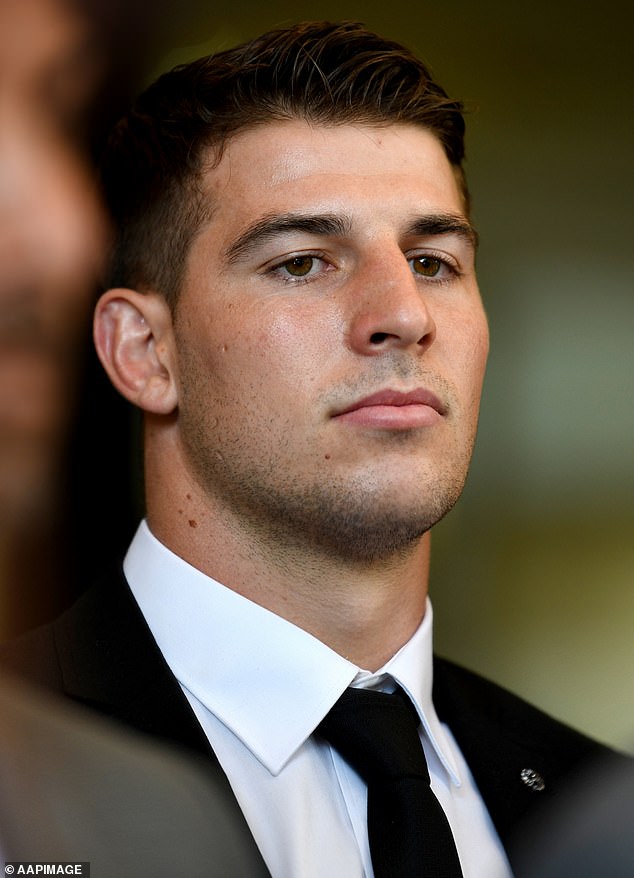 Scott (pictured), 22, was arrested in the early hours of Sunday morning after allegedly kicking and punching a police officer on Driver Avenue, outside the Sydney Cricket Ground

‘We will be relying upon the police body-worn footage to challenge much of their assertions. We will defend this to the last breath,’ Mr Eid said.

‘The police clearly misunderstood their powers. There is a significant concern about the manner in which police conducted themselves. We’ll flesh it out in due course.

‘We’re saying Mr Scott is not guilty of all charges.’

Scott also successfully had his bail varied so he could enter the Moore Park precinct, where the NRL’s headquarters are housed.

Police have alleged that they found Scott acting erratically on Driver Avenue about 12.45am on Monday.

Before that he had reportedly been drinking at the Olympic Hotel in Paddington and then wandered across Moore Park Road and passed out in bushes.

He is accused of kicking and punching an officer who tried to wake him before allegedly throwing a phone at a passing car.

Scott was then tasered and taken to Surry Hills Police Station. 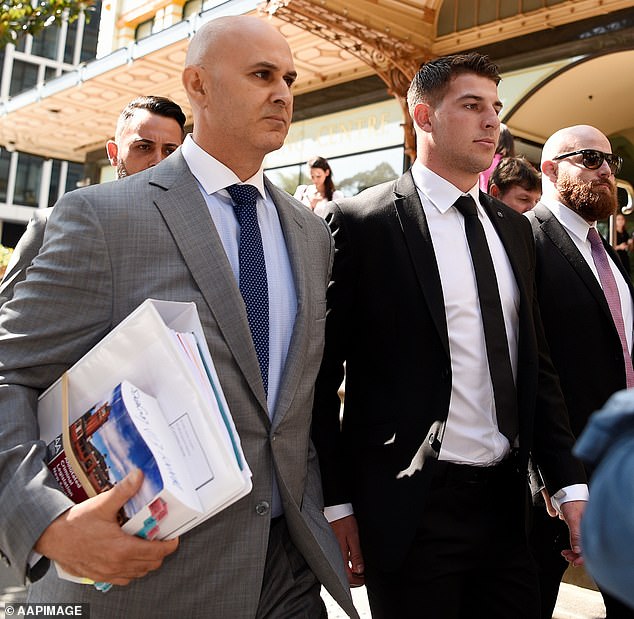 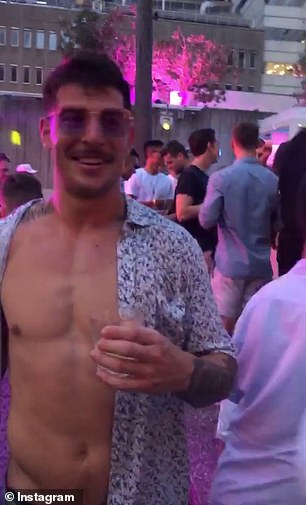 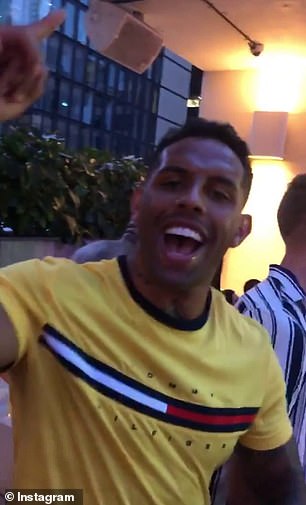 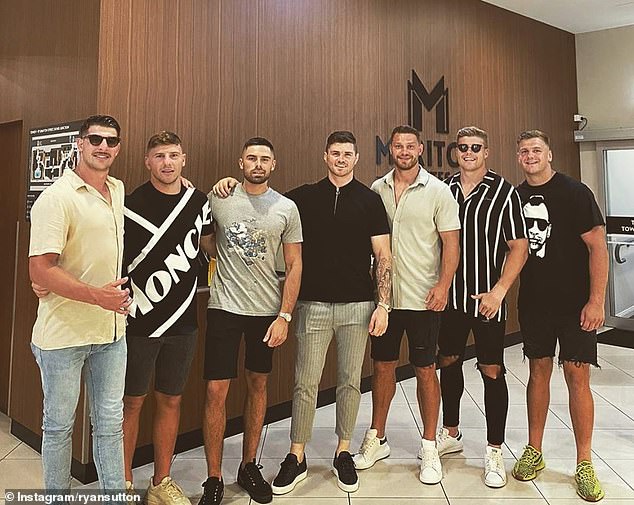 Before arriving at The Olympic Hotel, Scott posted social media videos of himself at The Ivy nightclub in Sydney’s CBD.

He was joined on Australia Day by current and former teammates including Josh Addo-Carr.

Scott – who was two years ago touted as a future NSW State of Origin player – was released by Melbourne in November to sign a four-year NRL contract with Canberra.

Mr Eid said his client was expected to return to training and said there was no reason for him to be stood down from playing duties.

While Scott’s actions will not see him banned automatically, NRL CEO Todd Greenberg could use his discretion under the ‘no fault’ stand down policy to sideline him ahead of NRL pre-season fixtures in mid-February.