NRL star Dylan Walker has been found not guilty of assaulting his fiancee.

The 24-year-old had pleaded not guilty to a charge of domestic violence-related assault occasioning actual bodily harm after his fiancee, Alexandra Ivkovic, suffered grazes to her shoulder, leg and feet in December.

He had earlier denied pulling his fiancee’s ponytail and causing her to fall down on a concrete driveway with a baby in her arms, instead claiming he simply ‘touched her shoulder … then she fell’.

The Manly Sea Eagles centre also pleaded not guilty to a backup charge of common assault.

Walker told Manly Local Court on Friday Ms Ivkovic had left their home after a fight broke out between them when she asked if he’d like a spoon or a fork to eat dinner while he was playing his PlayStation.

He said he followed her outside and asked her to come back into the home and speak to him.

‘I just reached out with my left hand to touch her shoulder, just turning her towards me,’ Walker said. ‘Then she fell, fell onto the ground.’

Ms Ivkovic initially told NSW Police that Walker pulled her by the ponytail to the ground.

But in February she told the court she recalled things differently later on.

‘When I fell, I thought at the time that he had grabbed my hair but then I realised that he didn’t,’ Ms Ivkovic said in court.

She said Walker reached out to grab her shoulder and her hair got in the way. 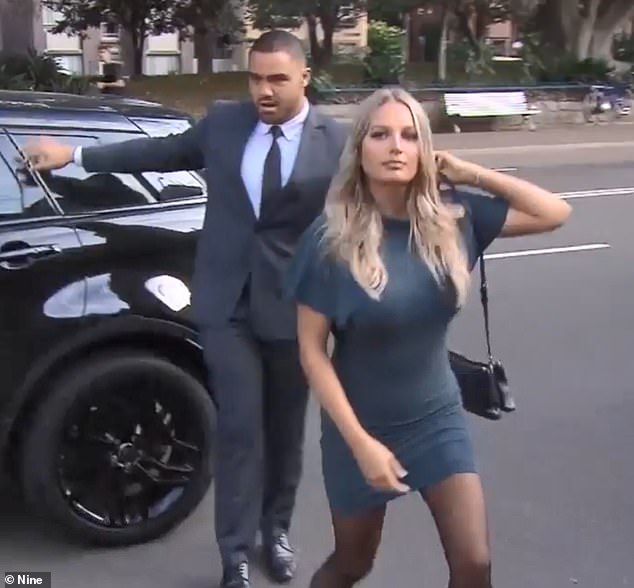 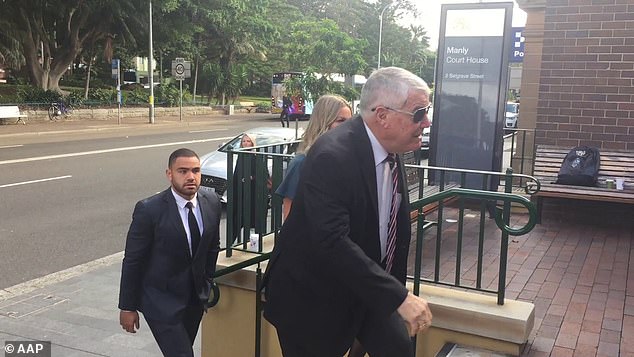 Under cross-examination on Friday, Walker said he pursued Ms Ivkovic because he was concerned for the safety of her and the baby, due to rocks on the ground – she was barefoot – and traffic on the road which was on a steep hill.

However, when shown a photo of where the incident occurred he was only able to identify one rock.

Walker was quizzed by prosecutor Senior Sergeant Craig Pullen as to whether he’d told his fiancee to ‘get up’ off the ground and whether he had helped her to her feet.

He said he ‘maybe’ or ‘probably’ said ‘get up’ but that he couldn’t recall exactly.

The NRL player said he’d ‘reached toward her’ with his right arm to help her up after first taking the baby.

He couldn’t remember if she’d grabbed his hand or his arm, leading Sen Sgt Pullen to state: ‘You’re simply making this up as you go.’ 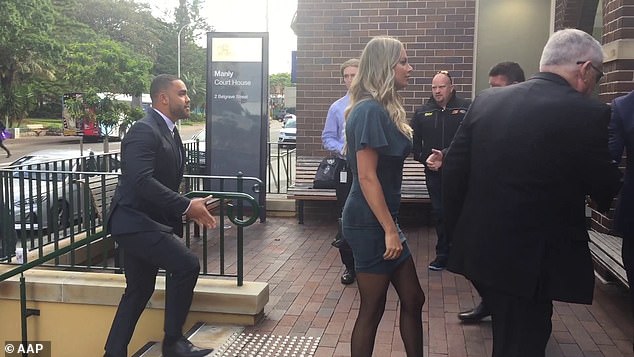 Ms Ivkovic (right) told the court in February that Walker did not grab her hair, despite initially telling police he had pulled her to the ground by her ponytail

He admitted he swore at Ms O’Sullivan’s partner who called out that the police had been phoned. Walker told him to ‘mind your own business you f**head’.

The 24-year-old denied he was being argumentative instead saying he was responding to the neighbour’s ‘sarcastic’ tone.

All three testified Ms Ivkovic told them Walker had touched her shoulder and accidentally pulled her hair.