NRL star Jarome Luai issues a grovelling apology after shocking guests at teammate Brian To’o’s wedding with a dodgy speech: ‘This is something I will always regret’

Jarome Luai has conceded some of the jokes he cracked at Brian To’o’s wedding went too far and admitted he ‘will always regret’ his speech.

The Panthers star married Moesha Crichton-Ropati on Thursday, with the ceremony attended by a number of Penrith players including Luai, Nathan Cleary and Stephen Crichton.

Luai didn’t hold back during his speech, but his attempted humour fell flat with some of the guests.

The Penrith five-eight has since apologised for his remarks, which weren’t confined to the guests as the ceremony was livestreamed.

‘Just wanna apologise for the words I spoke at my brother’s wedding and how ashamed I am for embarrassing both families and my own,’ he wrote on his Instagram story.

‘The excitement of the occasion definitely got the better of me and I took it too far. Not much I can do about it now but be a man about this mistake and learn from it.

‘Apologies to everyone I disrespected, this is something I will always regret.’ 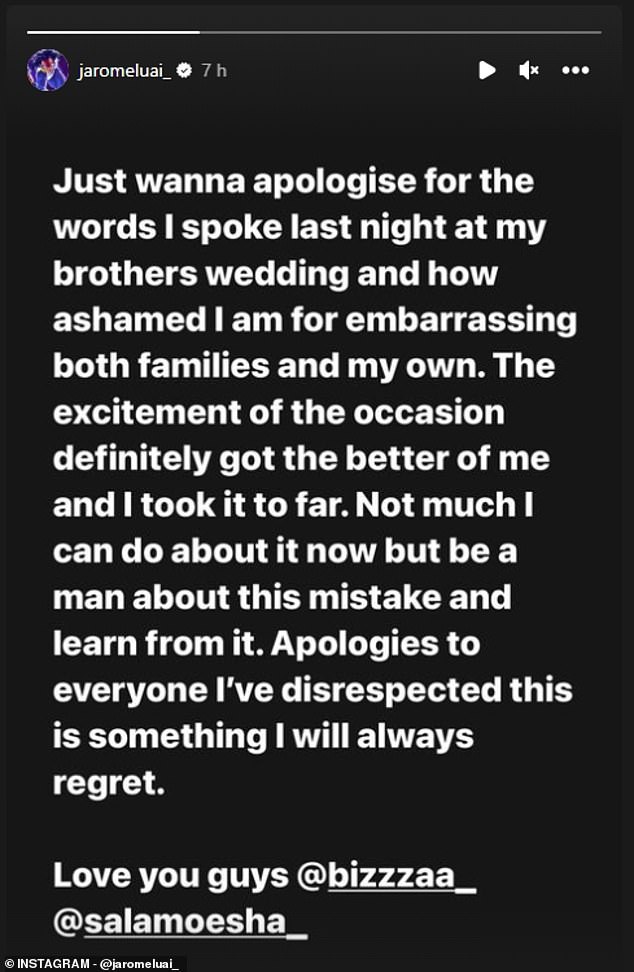 ‘If you don’t know Brian To’o, this man has the stinkiest a**e I’ve ever been around. Stinkiest, and he’s proud of it,’ he said.

Luai then cut even closer to the bone, suggesting his teammate had met a girl while in England with the Samoa squad for the Rugby League World Cup in November.

‘[We spent] seven weeks in England [for the Rugby League World Cup],’ the 25-year-old, who was also part of the team, said. 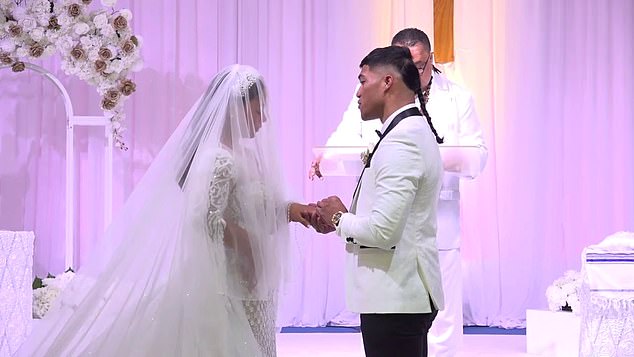 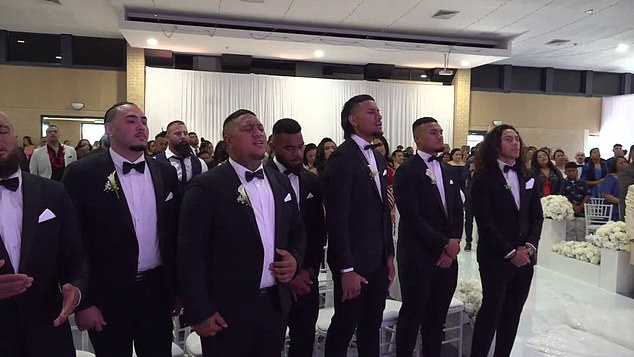 ‘Walked into the room, basically all I seen was my uso [brother] taking selfies, my uso face-timing another girl he met in England – I mean Moesha, face timing Moesha.’

Luai acknowledged some of the jokes may have gone down like a lead balloon during the ceremony.

‘I was joking. I’m about to get a hiding,’ he quipped. 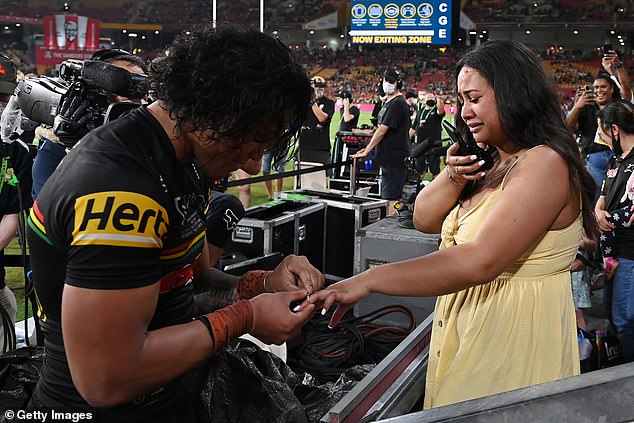 To’o proposed to his partner Moesha in emotional scenes at Suncorp Stadium after the Panthers claimed their third premiership in a 14-12 win over South Sydney in October last year.

Moesha admitted that she wasn’t expecting a proposal after To’o came over to her post-match.

‘I thought he was just coming to give me a hug like he usually does,’ she told Channel Nine at the time.

The pair had known each other at the time for about eight years, and had been a couple for roughly two and a half of them.