NRL star Luke Thompson has backflipped on his anti-vax stance and agreed to get the jab after reports emerged the boycott could see him dumped by his team.

The British-born forward had been reportedly clashing with Bulldogs management after refusing to get the Covid-19 vaccine.

Tensions date back as far as July, when the footballer did not want to follow Queensland’s mask wearing rules for players after the competition was relocated to Brisbane, the Sydney Morning Herald reports.

The 26-year-old’s controversial position sparked speculation the Canterbury club let him go if his attitude towards Covid measures didn’t budge.

But the Englishman, who has $1.4million remaining on his contract, has backed down and now intends to roll up his sleeve.

‘He had a talk with the club and his manager and just realised it would be all too difficult (not to get the jab)’  a Bulldogs source told Wide World of Sports.

‘With lots of travel across state borders and other factors, it could have led to problems.’

‘It was his decision in the end but we are delighted he has seen the light.’

Last month, Bulldogs players were told they would need to be fully-vaccinated by November 1, when pre-training season will commence.

While the NRL will not introduce mandates, officials have warned there will be stricter protocols in place for unvaccinated players.

ARL chairman Peter V’landys earlier this week said the NRL was seeking to accommodate players who do not want to get the jab. 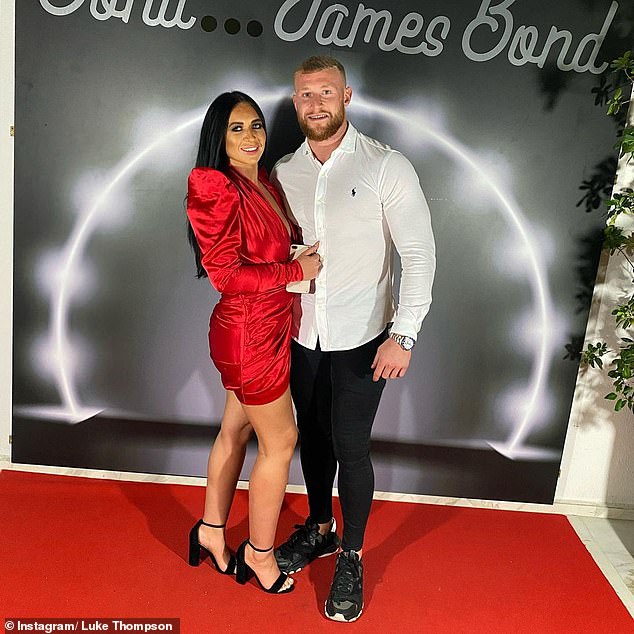 ‘We don’t want them to be split apart. We have to work together to find a solution. There is a lot of hysteria that goes on about this issue (but) a vaccinated person can also catch this disease and pass it on, just like an unvaccinated person,’ he told News Corp.

Thompson joined the Bulldogs as a prop and lock last year, leaving his long career at his hometown club of St Helens in England.

He arrived in Australia in July and settled into his first season, before his girlfriend and makeup influencer Megan Howarth moved Down Under to be with him at the start of 2021.

The rugby league footballer played in the 2014 and 2019 Super League Grand Finals, with his team taking home the trophy on both occasions. 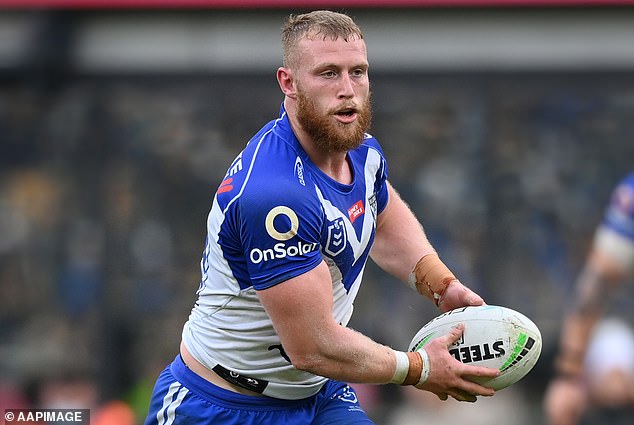 The 26-year-old joined the Bulldogs last year, having spent most of his professional career playing for his hometown team, St Helens